I'm a day later for Rudolph Day than hoped, but the 48 hours or so bug seems to be abating, which is great news :) Plus I need to catch up with Playground commenting ASAP so my apologies for being late.

Anyhow, I managed to make not two, but three cards for Sarn's Rudolph Day challenge - mostly as the topper sheet I used had three images on and I couldn't choose which one of the cute faced critters might not be used and would end up back in the toppers box without his mates :) 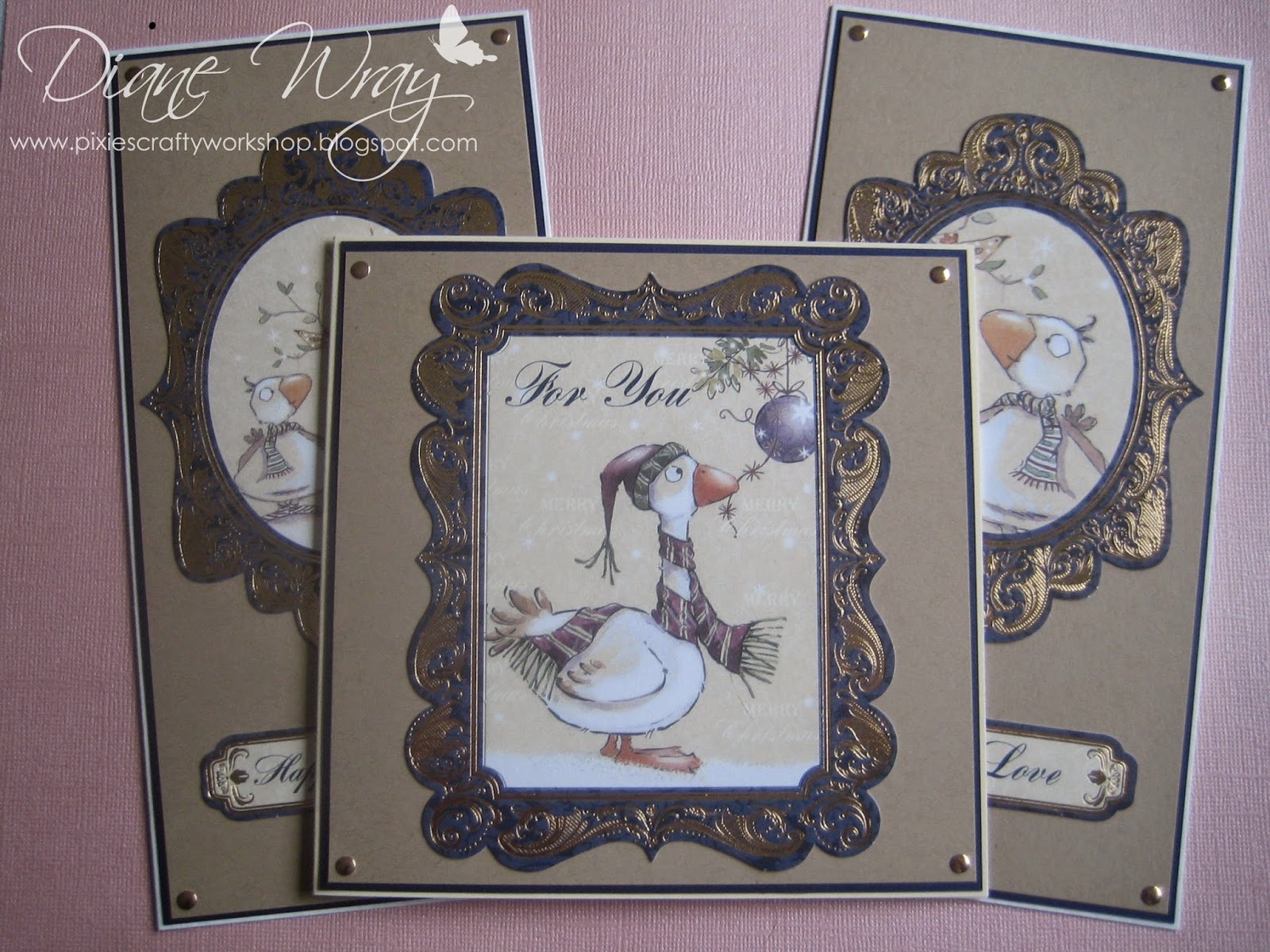 Remember to comment on my 300 followers thank you candy (sticky post at top of blog) if you want a chance to win a Joanna Sheen voucher girls! :)