The current challenge over at Less is More is a 'colours' one - using this palette as inspiration:

I usually run away from colour challenges, but I love the fresh colours here - and the fact that it reminds the DT of a Mojito (which I love!) got me going with this: 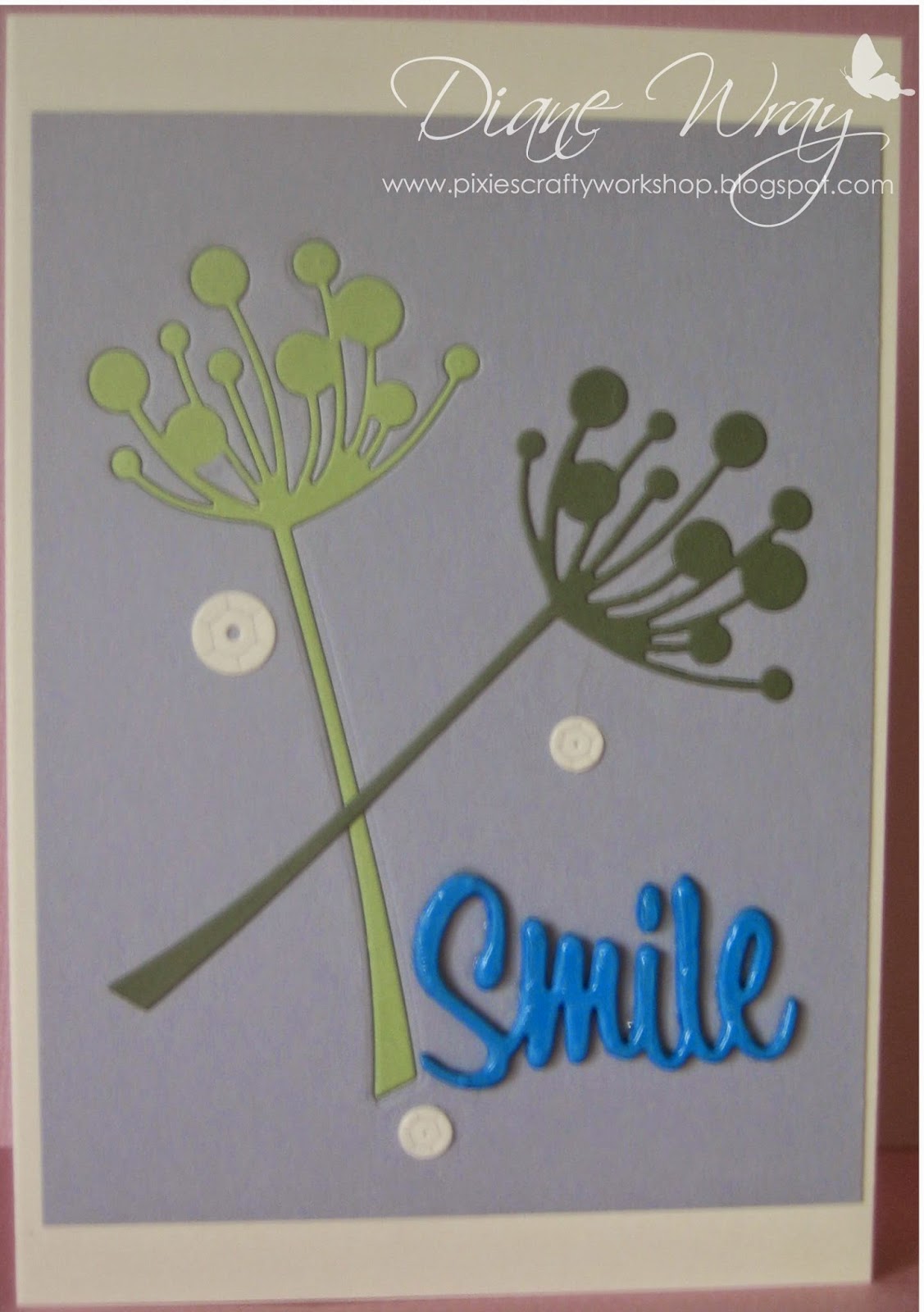 - A6 cream card blank - much more of a lemony colour than shown in the photo above, sigh

- SU 'Smoky Slate' for the background, which I then ran through the Cuttlebug using Memory Box's 'Chloe Stem' die to cut an aperture, the one to the left as you look at the card

- that left an aperture in the grey card which was backed with sticky -  into which I popped the paler of the green 'Chloe Stems'. If you try this at home, do remember to carefully save the little whole pieces cut from the (grey) backing card - in this case there were four - as you need to also pop these in, to totally fill the aperture

- I cut the word 'Smile' using a die from Penny Black's 'Hooray' die set (thank you Sarn for sending me on a spend, but it's a set that will be used loads I know!) - four times. I know, four times - this is another technique I've also spotted on blogs lately although perhaps four layers isn't necessary! Just layered them up using a Zig glue pen - for fine work it's got more 'stickability' than a Quickie glue pen and the barrel is squeezable which makes it easier to control

- ahem, teeny little bit of glue got onto the card so I die cut three sequins using MFT's 'Sequins' die and a little snippet of cream card. One 'sequin' was placed to hide the mark and the other two just to add balance

In case anyone loves the MFT sequins die set, there's also one in the Playground toy box waiting its turn as a prize! So if you'd like it but don't need it right away - why not wait and see if you're lucky in the draw, when it appears?