I decided not that long ago it was time to try out some new (to me) techniques. At the Newbury ArtStamps show I was entranced at the Poppystamps stand and their stencils plus embossing paste and came away with some new goodies. The other day I had a first play - out of four attempts this was the final successful result: 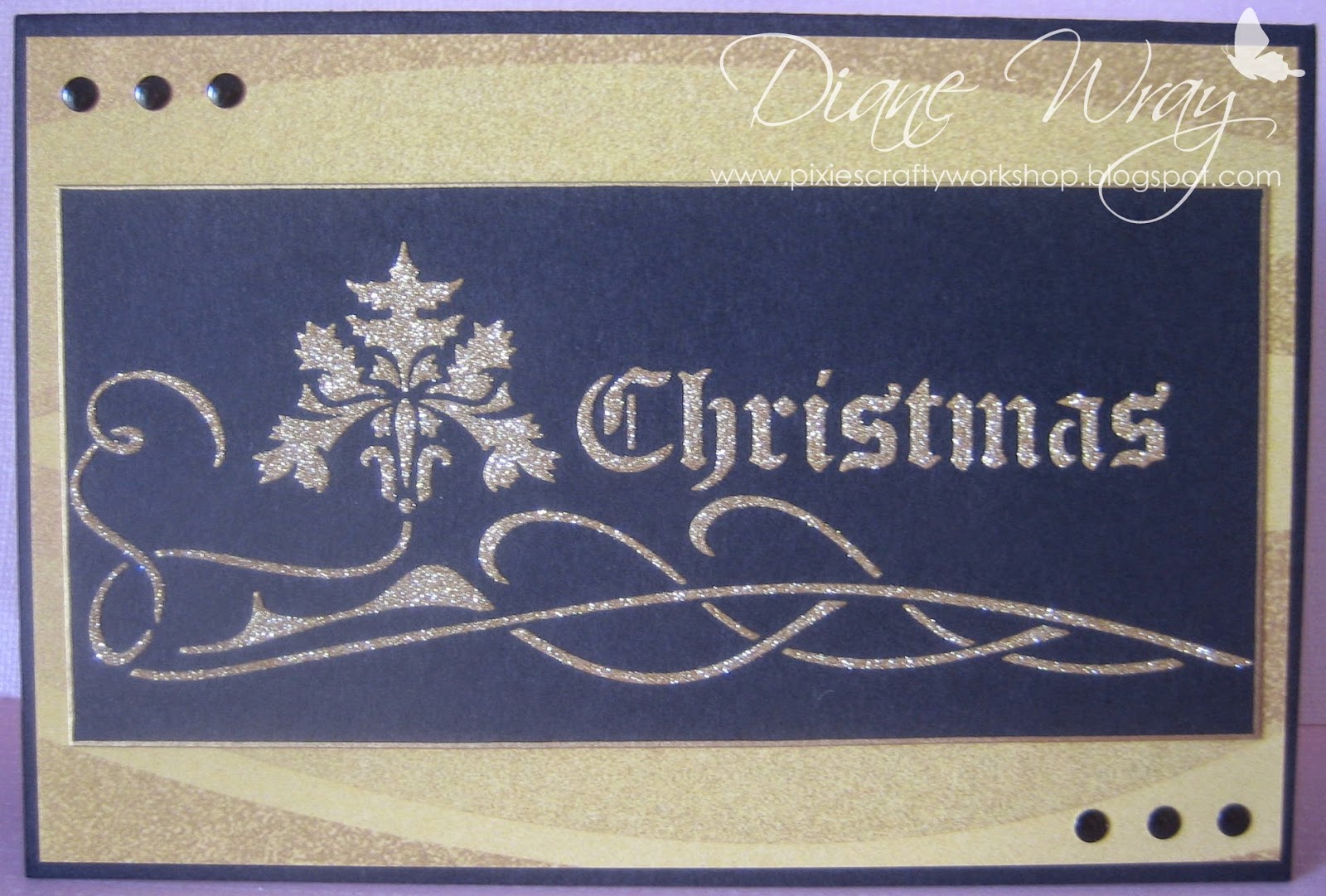 - a snippet of matt black card stock, embossed using a Poppystamps stencil called 'Christmas Holly', embossing paste and then sprinkled with fine gold glitter after the stencil was removed but the paste was still wet. After it dried I trimmed it down and ran a Sakura Calligraphy gold pen round the edges

- a piece of patterned paper from Papermania's 'Elegance' paper pad (thanks for pointing me in the direction of this luscious paper Sam!)

It looks very simple but trust me I even had embossing paste in my hair (mental note not to sweep hair behind my ears before checking hands for paste!)

And why pray tell did it take Dumbo four attempts? OK, laugh your socks off if you must - the first three goes were on Clarity black glossy card stock. Mostly 'cos I was too impatient to hunt out matt black card stock. Think about it, glossy slippery card stock, a stencil and embossing paste - impossible not to get smudging no matter how much I taped the stencil down and no matter how carefully I removed it. Finally I twigged!! Sigh - we live and learn.