A few challenges were in my sights when I sat down to think about making this card.

1. Rudolph Day where you have to make at least two Christmas cards for Miss Sarn - so for me that meant thinking of something I'd be happy to 'batch bake' as I don't mind making a few cards the same, although different ones would be fine too so long as they're in the one post.

2. Then, over at Craftyhazelnut's Christmas Challenge, Hazel wants us to use a sentiment so I found three identical LOTV Art Pad images really asking to have a sentiment stamped onto them - without the aid of a safety net stamp positioner even 'cos I chose a clear one (me not totally stoooopid).

3. Hmm, so what to do with the image? I know, let's go and check out the current Sketch Saturday Challenge. Perfect, then I was on a roll here: 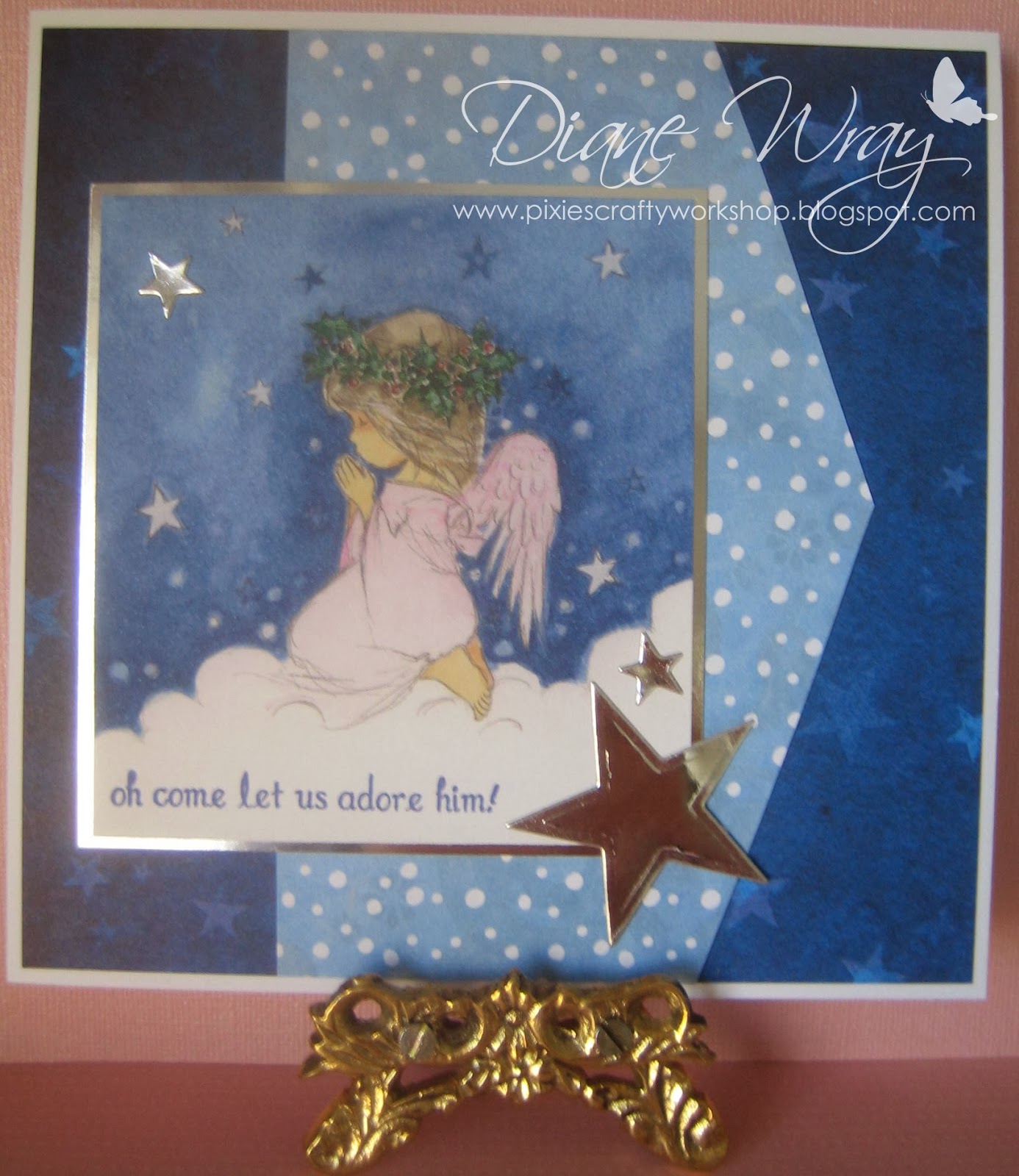 This is one card. 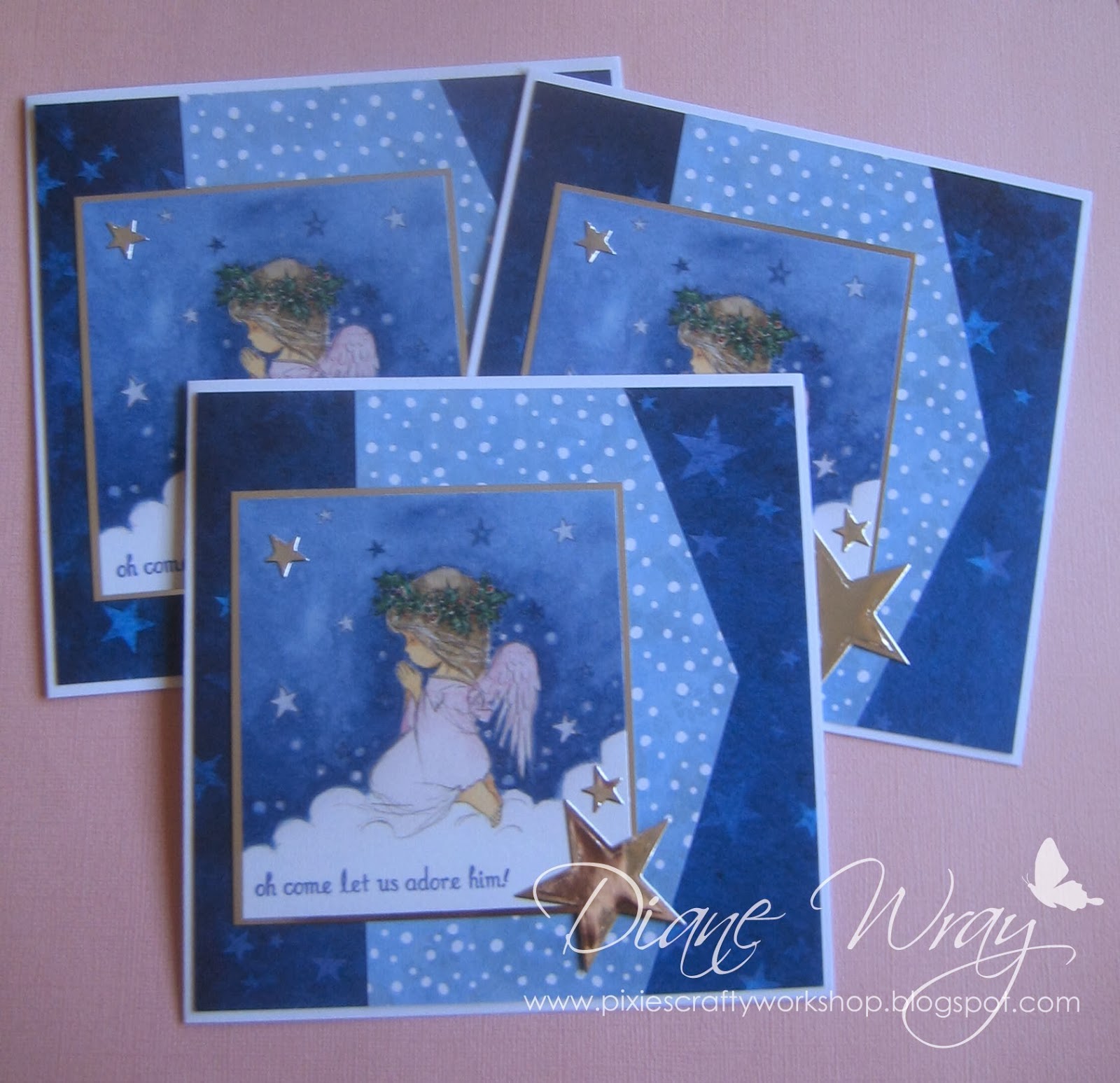 And 'the trio' photo to show Sarn that I made at least two cards.

And this is the Saturday Sketch - I know, I probably followed it slavishly by using stars and exactly the same layout - but it was just so right for the image and patterned paper/card I wanted to use, so why tinker? Plus I really didn't feel up to doing handstands on the desk to look at the sketch upside down :) 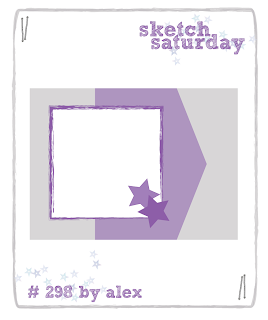 - the main dark blue patterned backing card is by Kanban, called 'Twinkling Stars', and the paler blue snowy paper is by LOTV from their 'Frosty Christmas' pad

As I made three cards the same, I reached my target of 12 Christmas cards per month - with a few days and one card to spare :) Whoop, whoop!

I'd also like to enter into Craftyhazelnut's Christmas Challenge Extra for February where it's always anything goes.

And, the current theme over at 'Winter Wonderland' is 'The most wonderful time of the year' which is nice and open as well.

Caramba, all this linking took me ages!

I said above that 'me not totally stooopid'. Len would dispute that, I was all set to go to the dentist a week early last week and then on Sunday I was rabbiting on about plans to be out for most of yesterday with a pal. Duh, thankfully he reminded me that it's today we go out to play and not yesterday else I'd have been knocking on her door a day early! Sigh.

If I owe you a little Playground visit, I will be there ASAP to comment but today I'm out playing with a friend - hope that's OK huh?! Right now they seem to be dropping like flies :(