It seems like ages since I used a Penny Black Stickeroo on a card, so the other day I set out to put that right: 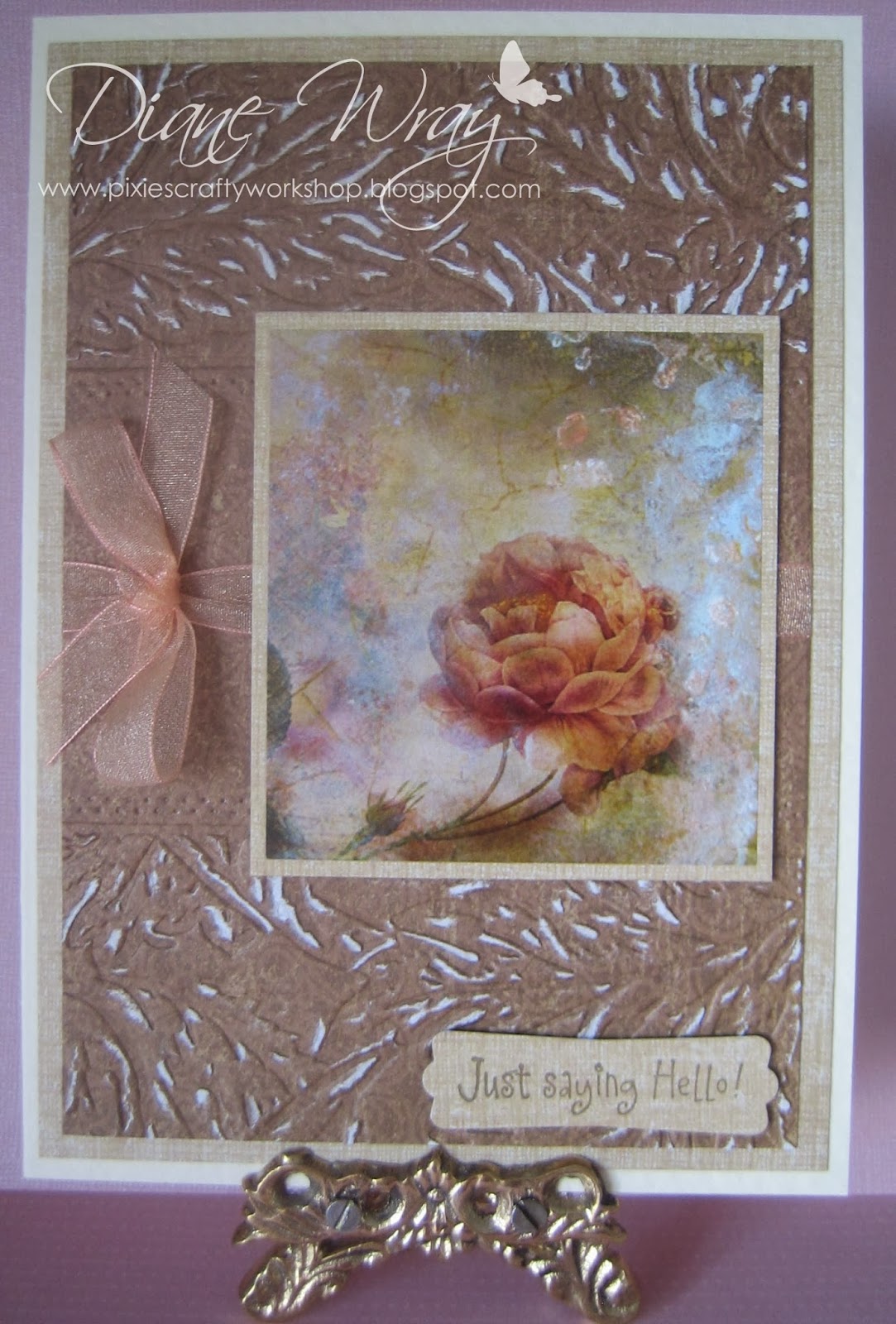 - Penny Black Stickeroo from the 'petals and poetry' sheet

- beige and brown card stock from one of the first paper pads I ever bought back in the Dark Ages, by K & Company called 'Classic K McKenna'

- the brown layer, from the same pad, looks a bit like leather. I embossed it using a folder called 'Bon Jour' by Couture Creations. The card is double side printed and I'd already guessed that the core might show once it was embossed - sho nuff, I was right! So I just lightly rubbed over the leafy pattern with fine sandpaper

- the peach ribbon came from the ribbon box

- sentiment is a discontinued Elzybells one, stamped onto a snippet of the 'hessian' card using VersaMagic's 'Hint of Pesto' and then punched using SU's 'Modern Label' punch

Here's a tip I posted about a while ago, which some of you just might not have seen.

It's a sort of swatch, for punches :) Not every single one that I own, just those used for sentiments so I can try it against the card and of course against the stamped sentiment (or even the unstamped one) to check for size and shape. I used Shrinkles shrink plastic (the frosted one) 'cos that was all I could lay my paws on in here then wrote the names of the punches on in permanent ink and rounded the corners - they were lethal sharp before that little extra step.

This is the swatch: 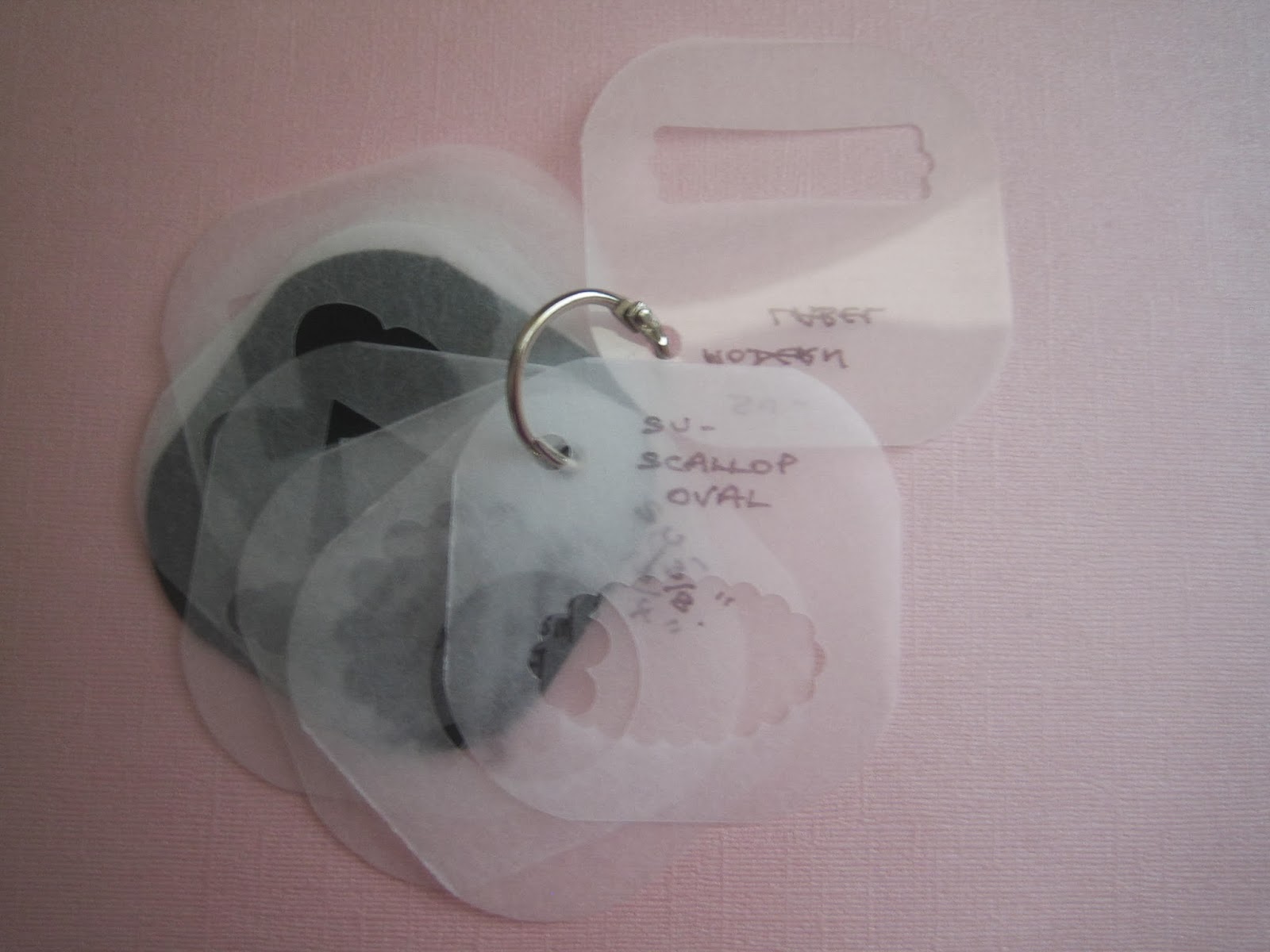 And this is one of the templates against a sentiment when I was choosing which sentiment went with which punch. 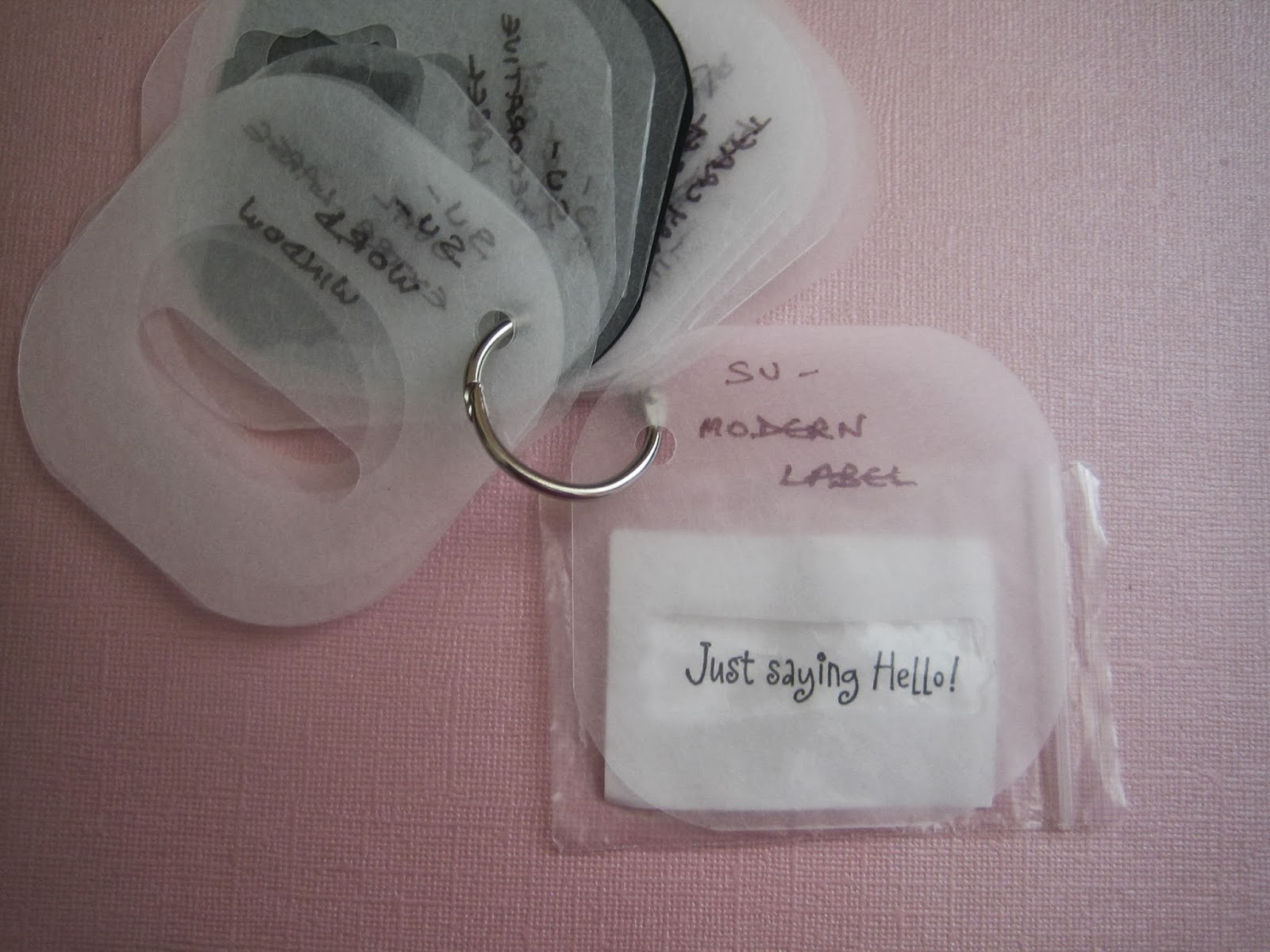 I keep my unmounted Elzybells sentiments in separate little polybags with a stamped slip showing the actual sentiment - they're then all shoved into a bigger poly bag so I can grab them easily. Nothing fancy but it works for me :)