I rustled up four Christmas Snippets cards, two identical ones of each design, the other afternoon: 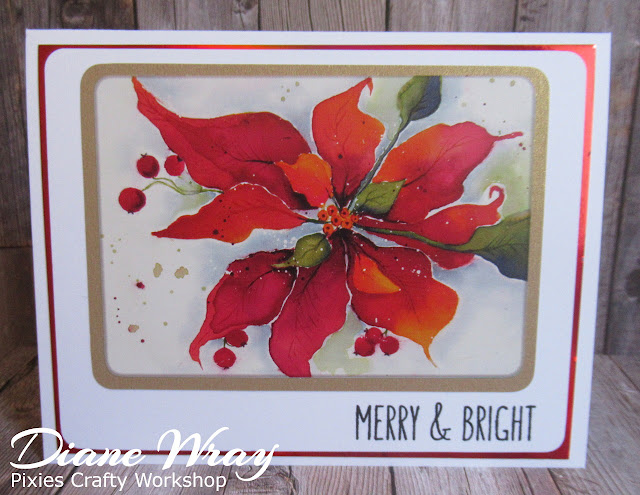 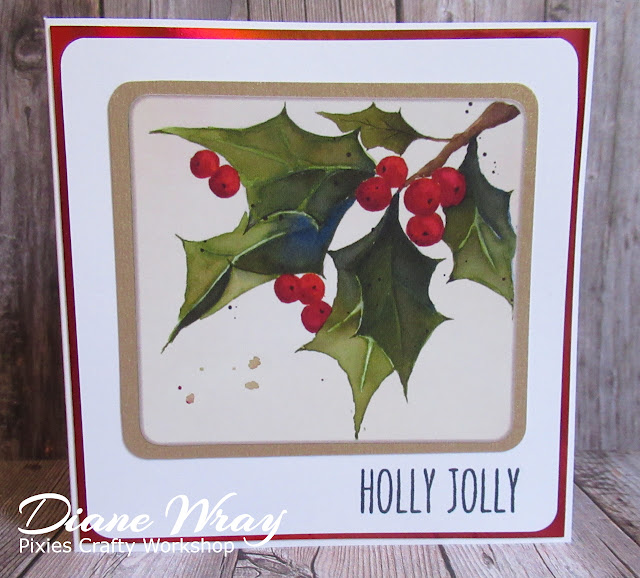 - trimmed those to size, rounding the corners of the cream layer

The camera is a funny thing isn't it - in real life the pretty images look as if they're just mounted onto a pearlised card backing - but if you look at the photos above - they can give the illusion that they're set into a shadow box. Weird!

I rounded the corners using a new (to me) X-Cut Small 2-in1 Corner Rounder punch -  bought to round the corners on some envelopes I plan to make. It also does an inwards curve which I've seen a few people doing lately and want to try for myself.

So that was something NBUS I used making my cards and I'm off to join in with Darnell's NBUS Challenge #40 HERE.

I'd also like to enter the Holly card into the current Allsorts Challenge #685 Challenge HERE.

It's been far too hot this past week to tackle the promised sort out of the flowers etc. that I'll be sending to a few people. This coming week is set to be even hotter so please bear with me.

It's also Dudley's 4th Birthday on the 22nd. We have no special plans other than me making a card and perhaps getting him a Birthday bandana.

Speaking of Dudley, thank goodness he was trimmed just before this heatwave hit us. He's been very restless during the night and has been wanting to be out in the garden sniffing the night air several times a night - in the small hours. The other night I was fast asleep and Dudley was pestering Len to be allowed out for the umpteenth time, around 1:30 am. Len played possum and Dudley did settle down until around 4am - when he had his paws up on Len's side of the bed, asking to go out yet again. This time Len took him down and let him into the garden. That poor little dog had been hanging on, really needing to poop! Lesson there, no matter how many times he asks to go out - one of them could well be for more than a sniff of the night air! Me? I slept through it all. ☺

Sarn has been shaking up some brilliant cocktails in the tree house. My own offering is still under wraps - still waiting for the gold leaf flakes to arrive don'tcha know?! Wink.

Remember, the results of Challenge #431 can be found HERE. And there's still a week to play on the current Snippets Playground challenge - the theme is 'Christmas in July'.