Happy Valentine's Day! It's been a cold week here with llttle flurries of snow rather than rain - thankfully the snow hasn't been more than a thin dusting, unlike many others are having.
I went on Tuesday to a local hotel for my COVID vaccination and it was very well organised. Get the second one in just over 10 weeks time.  Apart from a bit of a sore arm - I was absolutely fine afterwards although it was very strange being out with other people. Yay for the internet so we can at least keep in touch that way but I realise how much I do miss being amongst people in real life as well! 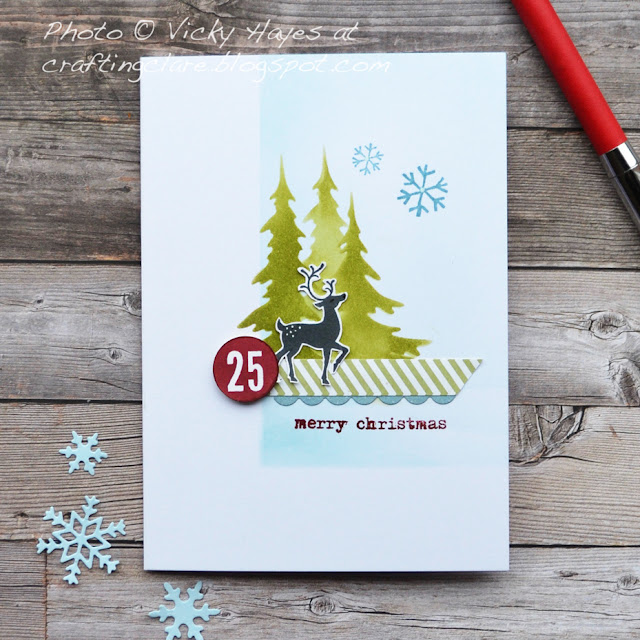 Vicky always make really gorgeous cards and this one is up there with her best one. I just love the CAS design, us of snippets of course - and perfect composition! 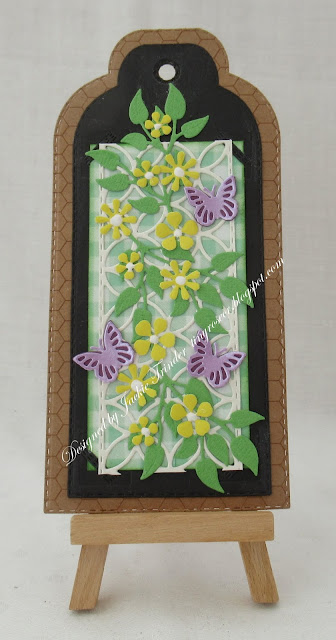 I love all the detailing on this really pretty floral snippets tag, made by Jackie T. So many little snippets used and such a stunning result as well! Psst, I tried hard but this image won't budge from the size Jackie posted it at - the joys of blogging! 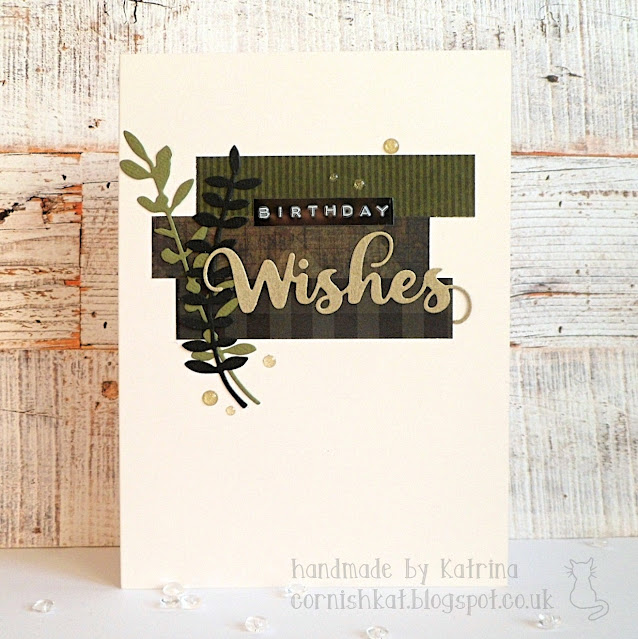 And for my third pick, I chose this CAS card, made by Katrina. Great use of snippets and such a lovely design - so elegant. I love how three snippets strips can form such a stylish background!

I think all three picks this fortnight are absolute perfection! It took me a while to whittle the list down to just three picks as all your work is so good. I do hope these picks will perhaps inspire you when your mojo goes 'walkabout'!

That's my picks from Challenge 395 in the Playground, we had 48 entries and no new Playmates.

Now for the prize draw, which is a Stamping Bella stamp and matching die called 'Oddball with Martini' - from me. And the winner is:

Congratulations Gail! You didn't pop out in the Grand Draw so I'm really pleased you got a win after all. I suspect it will suit your sense of humour ☺

Remember folks, there's still almost one more week to run on the current 'Ruby's Memory' challenge #396 HERE. The prize is a Poppystamps 'Mushrooms and Toadstools' set of dies - kindly donated by Connie - plus a set of LOTV Easter Bunny toppers as well as some silver Easter/Spring sentiment peel offs, kindly donated by Kath B.

Some of this past week has been spent properly grooming Dudley. I use the word 'properly' rather loosely - at one point he looked as if we'd had a go at him with a knife and fork! Then, just before we stopped the first session, I got the scissors to just quickly snip his head a bit. Ooopsie, he ended up looking like he had a Mohican! Once we stopped laughing, Len confiscated the scissors and had a go himself. He was like Edward Scissorhands snipping away very professionally, almost at the speed of light, and repaired the damage in no time!

Unfortunately having his first COVID jab, Len has been unwell - we don't think it's linked to his jab almost two weeks ago now (it didn't start until five days after his jab which doesn't seem to be the usual pattern if you are going to have any after effects) but somehow he seems to have picked up a form of flu-like bug. It's now moved onto his chest although the aches have almost gone. As a result, further sessions for Dudley (we're keeping them short for all our sakes) are on hold right now. Bless Dudley's little heart, he behaved much better than we expected and it certainly brought it home to me just how fiercely he must have been treated by that rogue groomer a year ago.

Don't let that put you off please. I still urge everyone to go for their jabs, it seems as if it's the only way we can stop this tidal wave of illness and deaths as reports are already beginning to show.

The very sad news that many of you will know already is that Shaz Silverwolf, a loyal WOYWW participant and a talented crafter, as well as being a lovely lady in real life, lost a very hard fought battle, since 2014 against cancer, in the early hours of yesterday morning.

She will be so very sadly missed and left this world with the prayers, love and thoughts of so many people both near and far wishing her a peaceful journey. Our thoughts also are with her husband and soulmate Doug and their families.

Quite a lot of depressing news I'm afraid so perhaps we should end on a brighter note, here's Dudley's latest escapade.

Despite feeling unwell,  Len woke up at 5 am on Saturday to hear Dudley scratching around beside the bed and shaking himself as he does when he wakes up. His ears (Dudley's you silly girls!) are so long they seem to almost take off and the flapping noise is pretty loud. Len lay very quietly but then Dudley decided to put his paws up on the bed to say hello. Thinking this was a call for a 5 am wee, Len got up and pulled some warm clothes on to take him into the garden. When he came back into the bedroom to see why Dudley hadn't followed him, there was Dudley lying on the warm side of the bed Len had vacated, on his back, snoring gently! We think the hello was because he was bored and thought a little play time might be fun! When Len subsequently moved the little rascal so he could get back into bed, he did have the grace to look a little bit embarrassed, before curling up between us and immediately falling asleep again. Leaving Len wide awake and staring at the ceiling for an hour or so needless to say! Yours truly slept through the whole performance 😊

Love from Parsnip, myself and the usual happy 'high-five' and woof from a 'half trimmed' Dudley. BTW, when I say 'half trimmed' we didn't just do one side - that would be plain weird. His body, rear end and tummy were done - more to follow!