And we've had yet more sunshine and very high temperatures this week. Although just earlier this morning, Saturday, we had a sudden heavy downpour - which stopped as quickly as it started. The slight relaxation of lock down is still meaning that some are pushing their luck needless to say. We're just carrying on as we have been and keeping our heads down for now. We have a wonderful network of volunteers in our area, divided into 'hubs', and earlier in the week a lovely young chap collected my repeat prescription from a local chemist and delivered it here. And grocery delivery slots are easy to get hold of as well - all of which helps to keep any stress levels down. 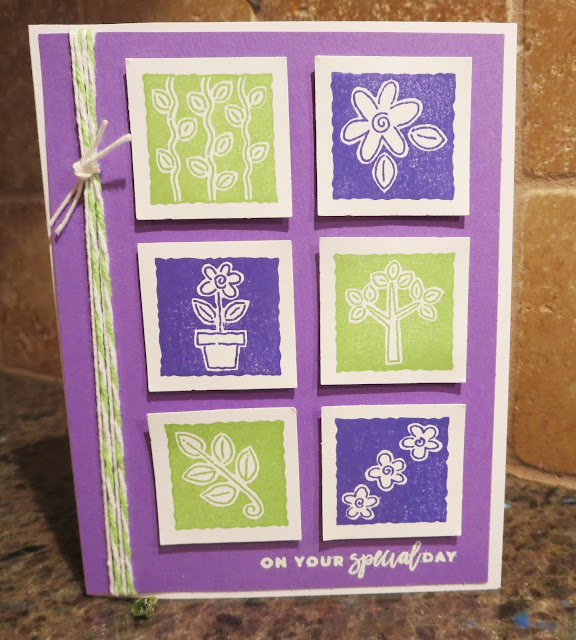 This card design, made by Karen L, is a great way to use up little snippets, of white or even coloured card. I love the squares popped up on foam tape to add dimension as well. I did smile when Karen said in her blog post that the stamp set she used here is about 17 years old - it just proves that some items never seem to look outdated. 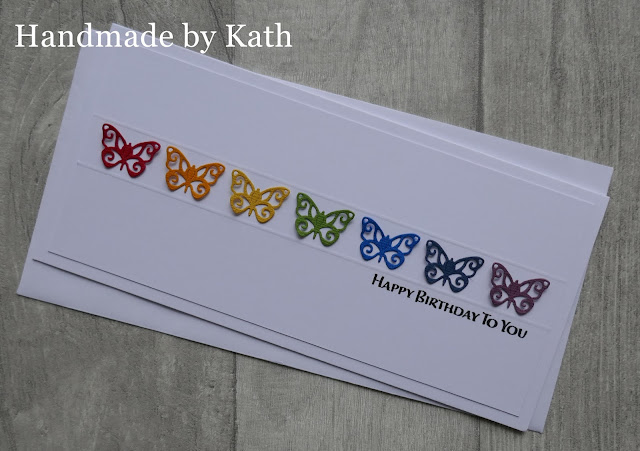 And here's another great card design, this one was made by Kath, to remind you of ways to use up little snippets. The rainbow theme is especially topical for many of us right now since it became the symbol of 'hope' during this pandemic. And the addition of the two embossed lines is a neat trick both in terms of placing the butterflies and also adding definition to the card. 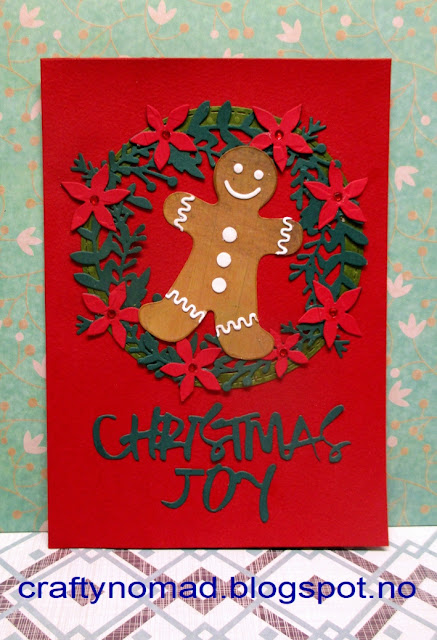 And finally, I chose this card (made by Gail/ionabunny) as it uses up lots of little snippets for a start. And, it's also a great reminder that you can look at a die and only use part of the design. The lovely green wreath is made up of several pieces, snipped from die cuts which actually feature a deer's head. By cutting four times, Gail got enough pieces of greenery to make the wreath - and not a single deer's head to be seen. Clever stuff!


So, that's my picks and I do hope they've given you some inspiration for ways in which you can use up some of your own snippets.

We had 50 entries in total, with no new Playmates this time round.
Now for the prize draw, which is for Clearly Besotted's Rainy Day stencil with their 'April Showers' set of stamps and matching dies. And the winner is:


Well done Gail, it's a while since you won a fortnightly prize and I know you always try to join in. Double Happy Dance for you this week - a 'fortnightly pick' and also prize winner! Please send me your address, with your full name at the top as well so I can copy and paste or just write straight from the email onto the envelope - for speed and ease. It's also confirmation that you still would like the prize of course and I'll post your prize once we're finally allowed out to play again! Please put Playground Winner or similar in the subject line of your email in case it drops into my junk mail. Email address is on RH sidebar as always.
Remember folks, there's still almost another week to run on Challenge #378 - you can find it HERE. The prize is a set of Lil'Inker sentiment stamps called 'Just Sayin'. I did chuckle at the number of you who were doubtful about even attempting to make a herringbone pattern background - I promise you, it's easy and good fun - have a go, I dare you.

Do remember that it's the monthly Rudolph Days Challenge over at ScrappyMo's from the 25th to the end of the month!

Dudley is doing fine, and it's definite that he sits on his hind legs to ward off being groomed - little tinker! He now bends forward whilst doing his 'bunny sit' making even grooming his 'undercarriage' more difficult than it needs to be.

One funny little trait he has is to react to certain things by whining/whimpering and running around with Stinky Monkey in his mouth. He does it if either of us goes out leaving him with the other 'half'. And lately we've noticed another 'trigger'. Len generally makes a cup of fresh coffee around mid-morning and often calls out to ask 'Do you want juice today?'. Some days I have a glass of fresh orange juice and other days I don't so he always asks beforehand. And that two way exchange of just a few words is enough to set Dudley off running around with Monkey in his mouth having a proper little conversation with him! Needless to say, Monkey never whines or whimpers in response though.

Some recent photos of Dudley Dog to finish off with: