A little while ago (back in March) I watched a Claritystamp video - featuring Paul Church - and absolutely loved what he was doing. So, I sent off for some goodies and last week finally managed to have a little play.

I rapidly discovered that Paul has a way of making things look so easy and it seemed as if all my work (I made five similar cards) might have been in vain. But, I made some changes and still got a very similar result: 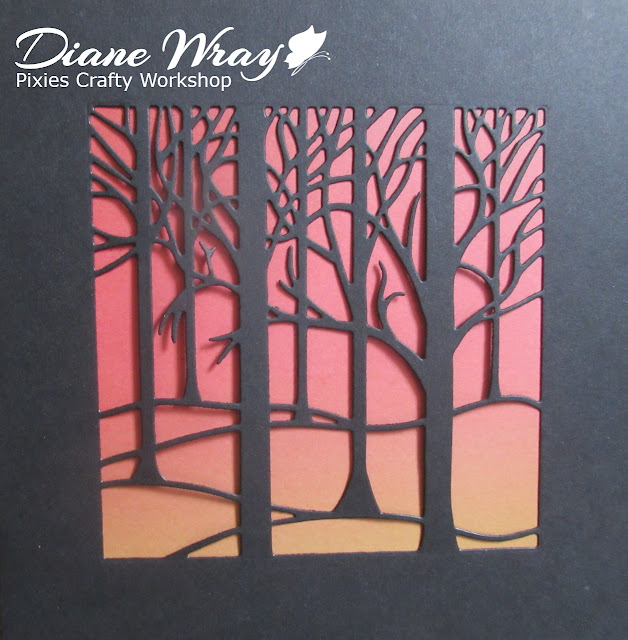 - 6" x 6" Claritystamp square black card blanks - which I trimmed down to 5.75" square to be sure the edges weren't spoiled by the Cuttlebug (I can see a Big Shot or similar in the offing, once I make some room for it!)

- when I returned the following day, those cards were 'bowed' once again and that wasn't going to look good with the loose double 'Northern Lights' insert Paul had used

- so, I just backed the die cut area with a square of Claritystamp 'Northern Lights' which is about quarter of an inch larger than the aperture all round and stuck it in place using a tape runner along each edge

- then, to cover that I added a square of black card stock, just a bit smaller than the card front and of course that flattened the card front nicely as well

These cards can be used for Birthdays or even just general use such as being included with Playground prizes!

I made matching envelopes as well using the same 12" x 12" papers - which Paul Church also showed in his video - you can find it on YouTube HERE.