I do love making cards on request, even though Len will be the first to say that I stress myself out wanting them to be just perfect.

This card was made for a friend's husband, they celebrated their Silver Wedding Anniversary yesterday. And of course, as you probably know, I fret even more over making cards for men! Anyhow, I'm glad to say that Kim was delighted with the resulting card for Graham, her husband: 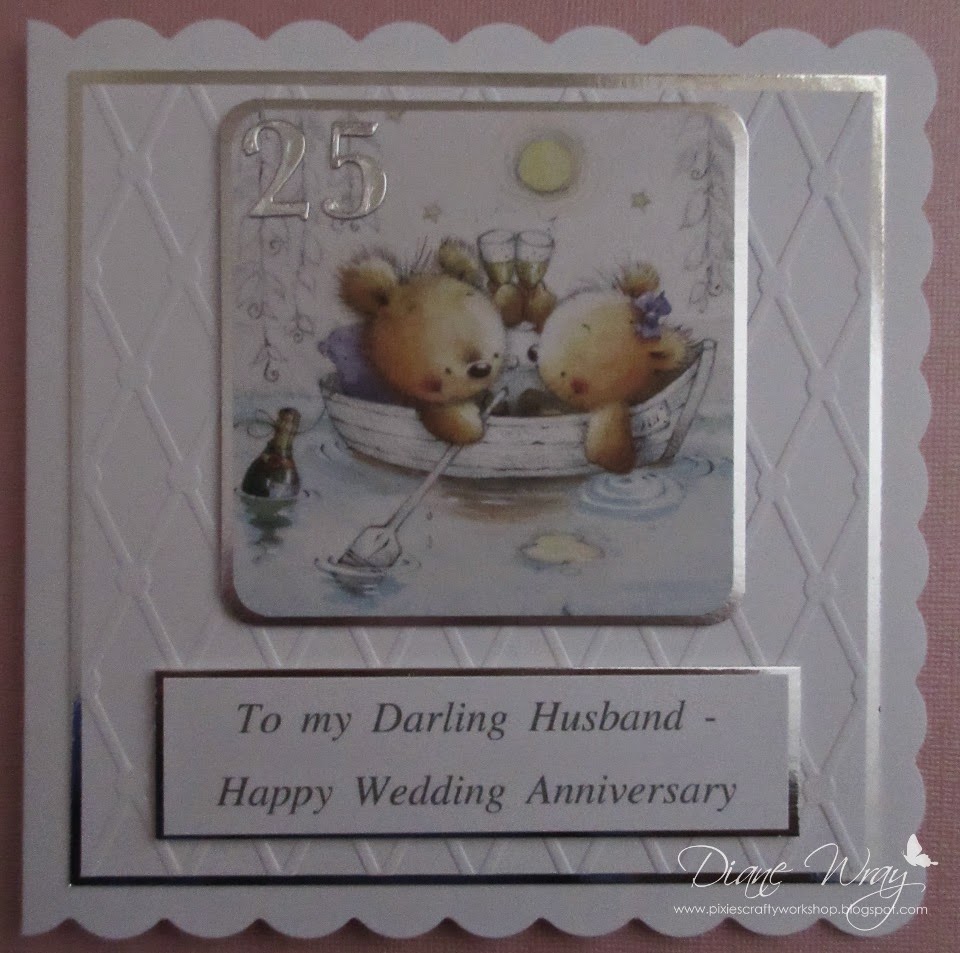 - a pre-coloured topper by LOTV, based on their adorable stamp called 'Love Boat' - chosen by Kim when we were planing the basics 'cos she usually buys cards with animals on :). I trimmed it a teensy bit and re-rounded the corners before adding it to a backing of silver mirri card - also with rounded corners

- a white layer of card, embossed using a Quickutz 'Diamonds and Dots' folder. This was slightly 'tricky-woo' 'cos it's just an A6 folder and I had to emboss in two passes to create a square - thankfully the pattern repetition, along with the depth of the impression, makes it quite easy to line up  and sort of 'lock into' the embossed design to emboss further down the piece of card for the second pass. The trick is never to actually go over the edge of folder at the point where your patterns will join - have an overlap that allows you to stop short of the folder edge whilst still achieving the additional embossing. Ha! Bet that was clear as mud!!

- Kim had chosen the words, which I produced on the printer, trimmed to size and then layered onto a backing of silver card stock

So, although it took me almost the whole of an afternoon to make, it's a very clean looking card and not a flower in sight - just right for a chap I hope.