It's a while since we had a 'two week' chance to win a prize in the Playground and I just noticed that the blog view counter has passed 200,000 page views - plus last week we had 70 entries. Sooooooooo, it's time for a little extra prize and a chance to win a pretty special die as a thank you for all your support: 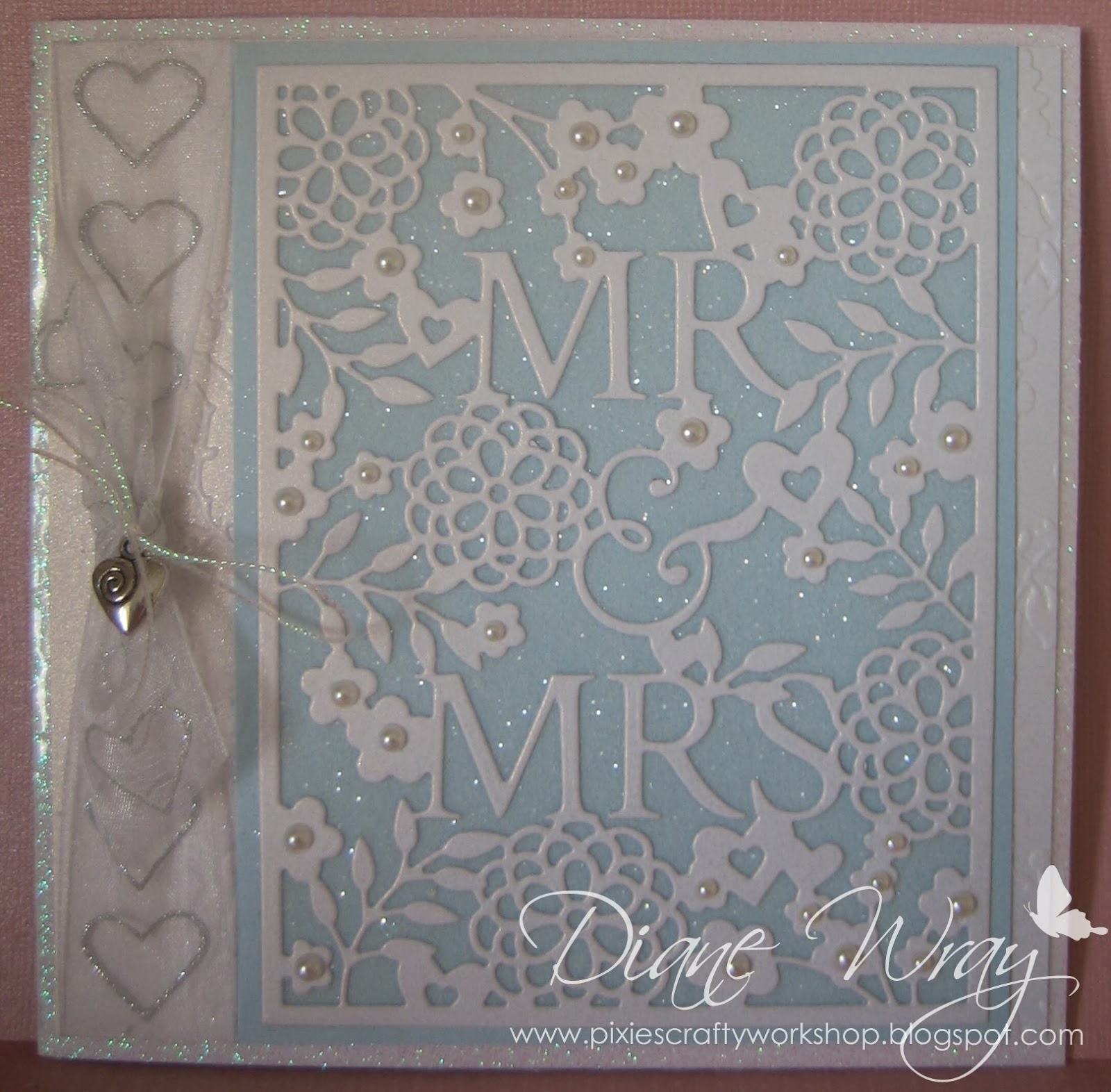 - a snippet of white Centura pearlescent card, embossed using an Anna Griffin embossing folder called 'Rosa' - a gift from ScrappyMo when she was over in the UK last year. Sadly only a little bit of it shows in the end but it's a beautiful folder - thank you Mo!

- the main image was done like this, first of all I die cut the panel from white Centura pearl card using the most fabulous die by Taylored Expressions called 'Mr and Mrs'. I'd expected it to be really tricky-woo so had bought a metal shim plate as suggested but I didn't need it, nor did I use waxed paper - it popped out of the die perfectly. To adhere the die to the snippet of pale blue backing card I did ponder awhile and instead of using a Quickie glue pen plumped for covering the whole piece of blue card with double sided adhesive film, peeling off the front protection and then fixing the white die cut before sprinkling with Cosmic Shimmer's Glitter Jewels 'Diamond Sprinkles'. I then added some self-adhesive pearls in assorted sizes.

- the finishing touch is a tie made using a band of white organza ribbon which has silver heart outlines on and then a piece of the same ribbon just tied across the centre. Then I added a heart charm tied on with a bow made using the last snippet from a reel of iridescent cord

This is the die that's on offer for one lucky winner: 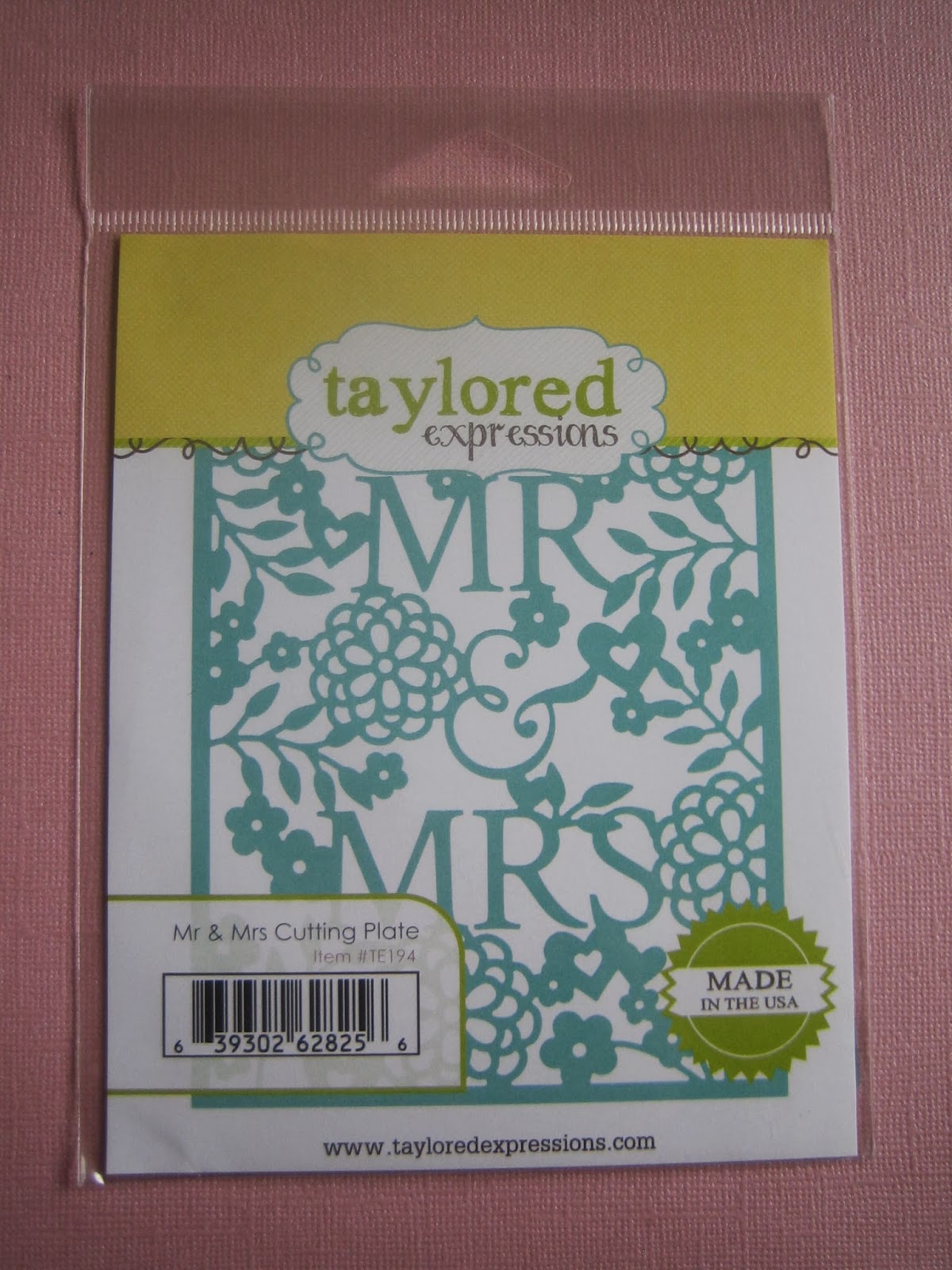 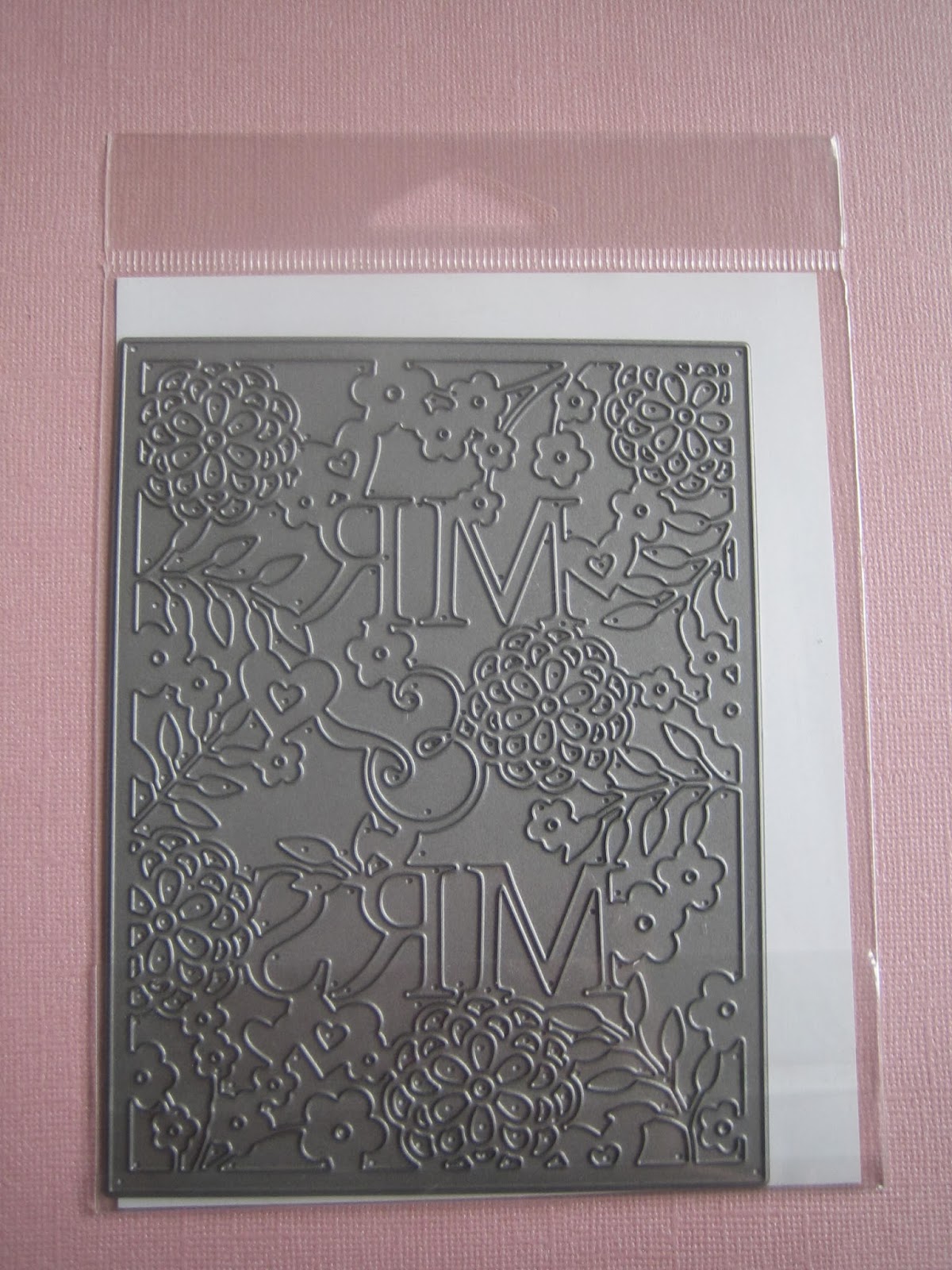 Some of you already know the 'drill' - but here it is anyhow.

1. All you have to do is to enter a total of at least THREE snippets makes over this current week and next week - into the normal snippets playground Mr Linkies which are posted on Sundays. It's just a total, so you can add three in one week or spread them over two weeks. Of course you can still enter up to three snippets cards per week for the normal prizes.

2. There's one thing I'm going to ask you to do to make it easier for me please. If you are entering three cards over the two weeks for a chance to win this lovely die, can you please add *3* after your name in Mr Linky when you add your third card.

Please shout if this isn't clear :)

I can see so many uses for this die, for example, imagine it cut out in gold and set on a cream or even a chocolate background, for a Golden Wedding Anniversary!