Aw, I do love this little angel: 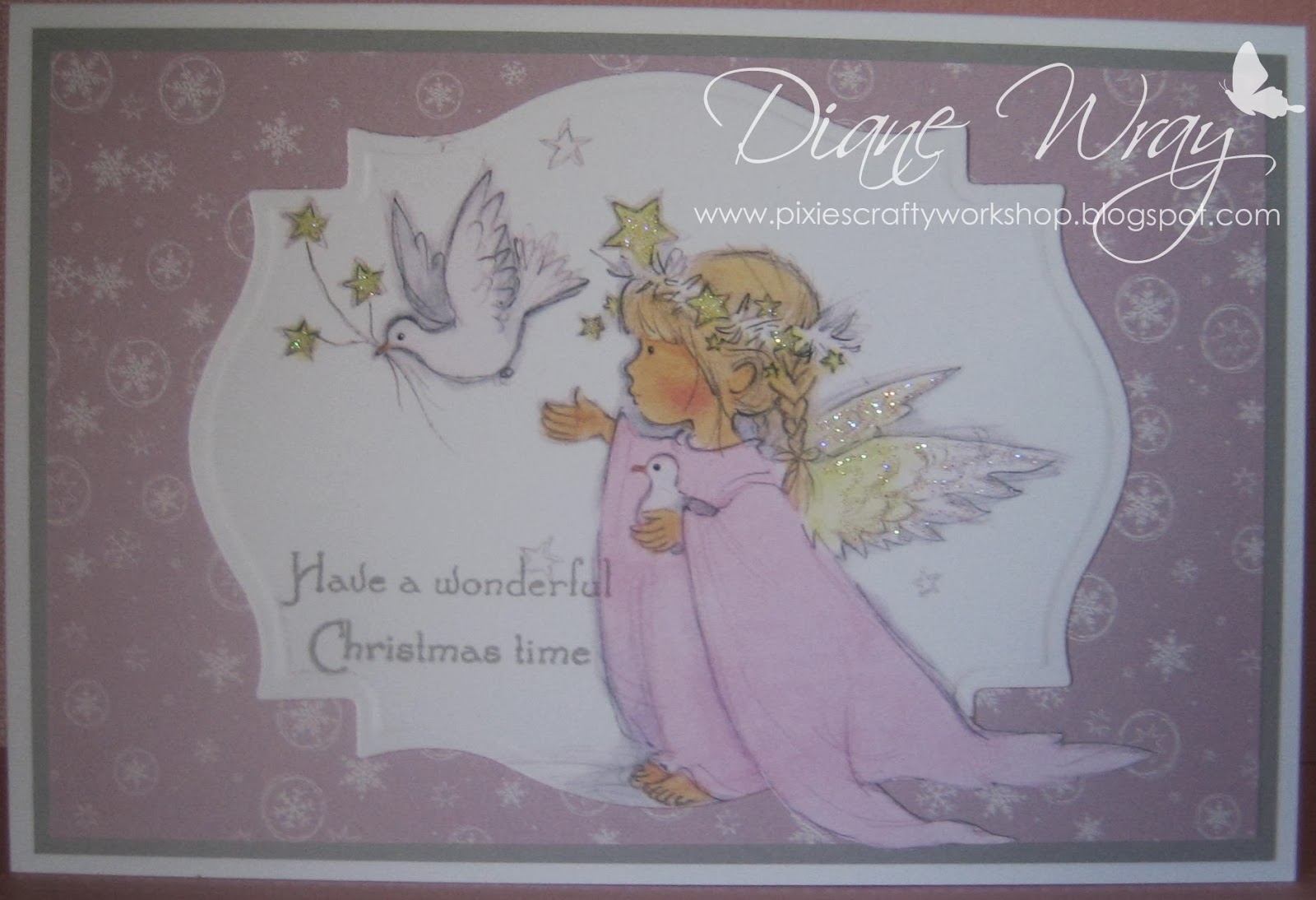 - sweet angel image from LOTV's pre-coloured Art Pad called 'Nativity Play', die cut using a Nesties 18 die with the little trick of keeping part of the image outside of the die cut. Just a tickle of 'Glamour Dust' added to the angel's wings and some of the stars

And for good measure, I made three exactly the same :)

Wahoo, and this week's theme over at Craftyhazelnut's Christmas Challenge is to use a die cut or punched shape - I think this qualifies, no?

And am also entering into  Craftyhazelnut's Christmas Challenge Extra where it's always anything goes.

This morning I'll be doing the weekly Snippets Playground write-up ready for tomorrow. I know that most of you have the Playground keys now - but Parsnip is on sentry duty from 11am until midnight when the Playground re-opens. Bwahaha, I now have visions of him marching like a true sentry to and fro in a bearskin - being a bear that isn't too hard a call. He doesn't bite but he's likely to snitch if anyone tries to sneak in :)