A gnome isn't just for Christmas and a little rootle through my basket of NBUS goodies turned up a set of non-Christmas gnome stamps with matching dies .... with Summer gnomes on.

I wanted to create a scene for the current Allsorts Challenge and a further 'rootle' made me check out the Whimsy 'Enchanted Forest' Slimline paper pack that had never been used (bought ages ago, tut, tut!).

The gnome stamps are quite small, even if you use more than one on a wide card, then 'PING', a little light bulb suddenly flicked on. Who actually said that the background papers HAD to be used for slimline cards? With some inspired juggling about, I would be able to get a mix of two smallish oval/square backgrounds from each sheet - and that's exactly what I did. Some of the papers now have the other half safely tucked inside the packet(s) for future use, thereby stretching the pack contents, meaning more cards can be made. And this can be applied to other papers in Whimsy's Slimline range  - which I did for one card!

Here's what I  ended up making: 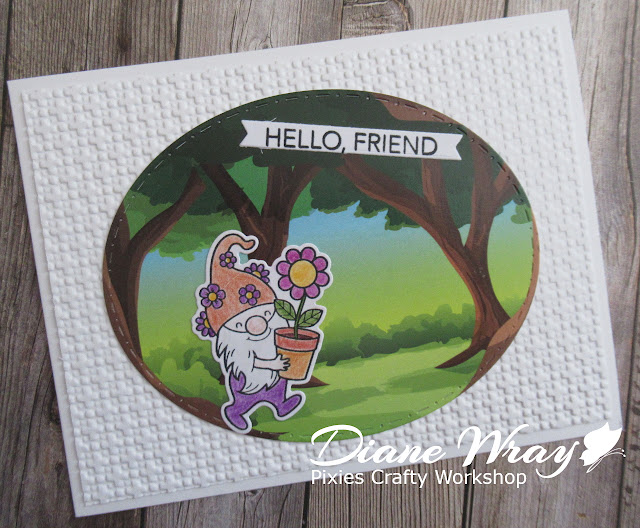 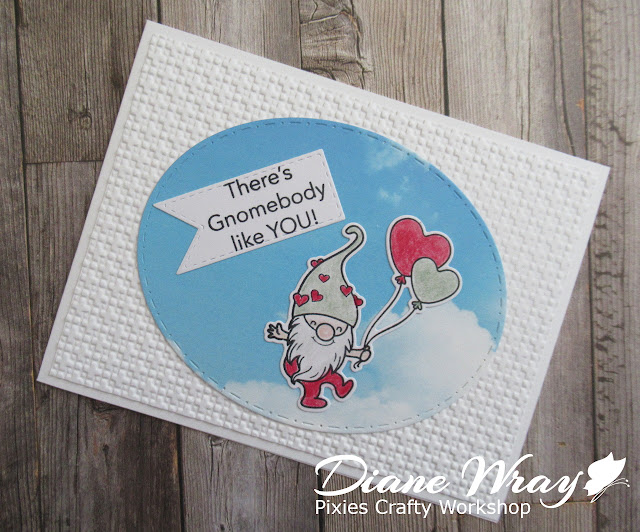 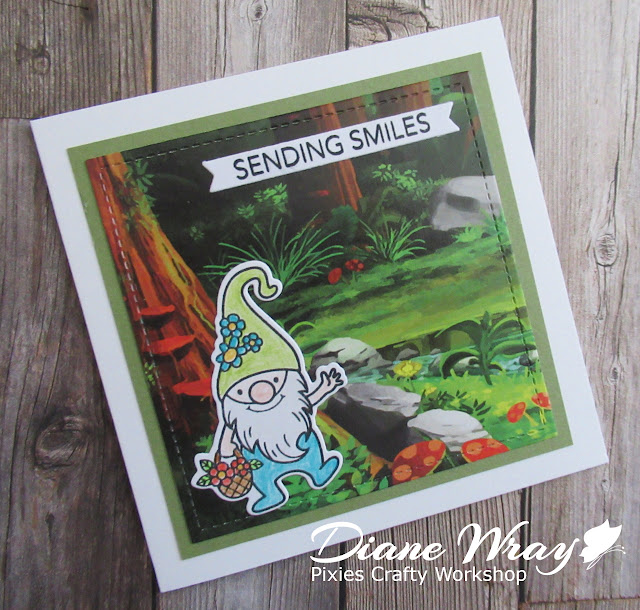 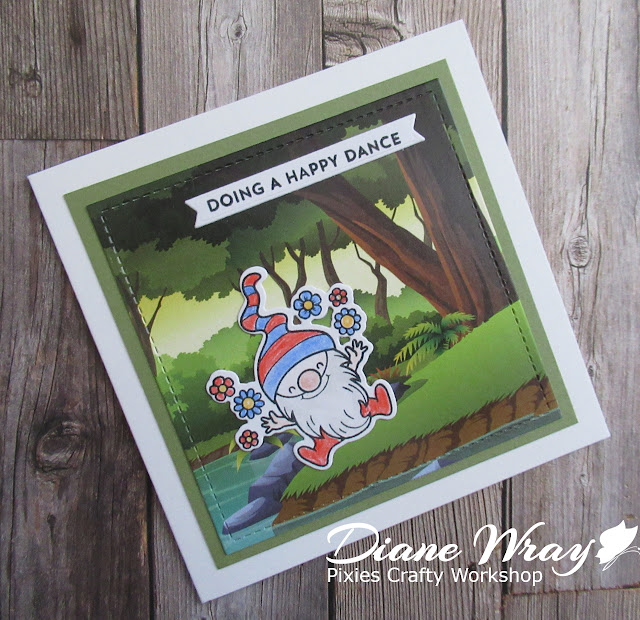 - stamped, then coloured, all four gnomes (using Polychromos pencils) from the 'Your Next Stamp' 'Happy Gnomies' set

- die cut all of the gnome images using the matching dies - and my Altenew mini die cutting machine. Even though I'm once again fully kitted out and love all of my die cutting capabilities - that sweet little Altenew machine is so handy!

- to assemble the cards, I die cut one design of oval background from the 'Enchanted Forest' paper pack, plus one from an (again unused) Whimsy 'Glorious Sky' Slimline Paper Pack - using a die from Presscut's 'Oval Stitch Hole' set

- the oval card images were mounted, using glue, onto the 5.5" x 4.25" card blanks, which had already been topped white card, embossed using SU's 'Square Lattice' Textured Impressions folder and then trimmed to slightly smaller than the card front

- the square card images were mounted, using glue, onto the 4" x 4" card blanks - having first been backed with a slightly larger square/frame cut from snippets of Altenew's 'Forest Glades' card stock (one of my current favourites)

- then it was just a matter of adding a gnome image and a sentiment to each card front, using a glue pen - finished!

The planning stage took almost as long as making the cards - even though I actually doubled up on each design and made two the same of each one. That's eight cards on standby, for friends and also some of our neighbourhood kids.

I'd like to enter the 'Hello Friend' card into the current Allsorts Challenge Week #674, where the theme is 'Anything Goes, with the option of Scenic'.

And, I'd like to enter the  same card into Darnell's NBUS Challenge #38 for May. My NBUS on this card is the gnome stamp and die set, the Whimsy Slimline 'Enchanted Forest' paper pack plus MFT's 'Itty Bitty Sentiment' die strip.

I had great fun making these cards, it's such a treat to have spare time to make cards 'just because'! Hooray for Sarn jointly running the Snippets Playground!