Wow, what a scramble to make a card for this month's Rudolph Days Challenge over at Scrappy Mo's!

With so little time spare I did a quick rummage through what few saved shop bought card fronts to upcycle were left after my massive 'cull' - and came up with this: 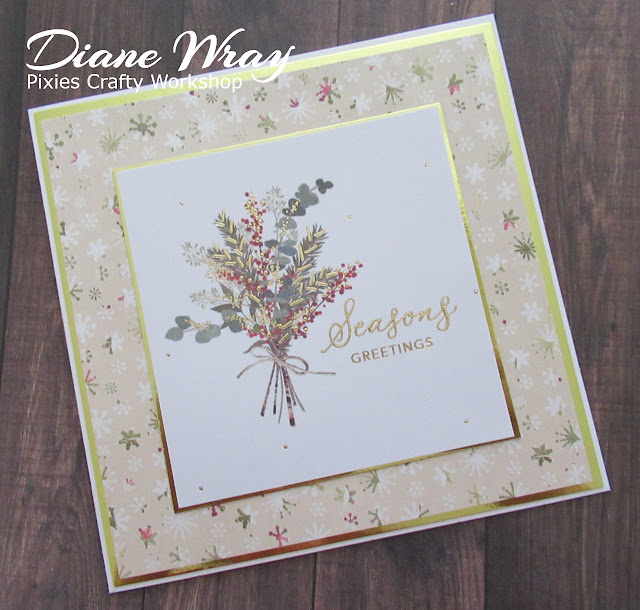 - the front of an oblong card, trimmed down to a square and then mounted onto a backing of gold mirri card - another snippet bites the dust!

In real life the colours are a bit stronger - camera and sunshine!

Used the gold mirri card to 'frame' the layers' as the image and sentiment are
foiled in gold, to 'pull' the whole card together.

It seems like a bit of a cheat, but I'm just not up to stamping and die cutting right now - my in-house critic really likes the end result and I rather like it as well, even if I say so myself!

Still keeping a tally of how many Christmas cards I've made but have accepted that I can no longer thrash myself half to death trying like crazy to produce absolutely loads. And you know what, having made that decision I do feel much happier for it.