We have a young neighbour who celebrated his 12th Birthday a while back on Bonfire Night (5th November). Len immediately came up with the idea of a dog for his card as Josh became the proud owner of a lovely black Labrador puppy during the Summer. She is 'growing rapidly into her paws' - lots of puppies seem to have oversized feet which I believe generally  indicates that they'll be quite big dogs when fully grown. She's a lovely pup and is Josh's pride and joy - he begged for a dog for years and finally his wish came true, thanks to lock down.

This is the card I made for Josh, using Len's idea: 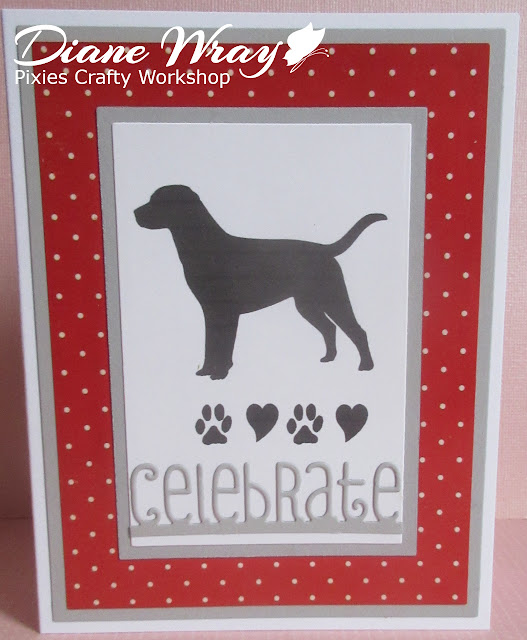 - snippets of plain grey card (SU Smoky Slate) and red and white spotty paper from a 'Summer Goodness' paper pad - free with Quick Cards Made Easy magazine a good while ago. I still miss that magazine

- I found the free Clipart image of the pooch etc. online and resized it in GIMP before printing it onto white card and then cutting it to size using one of the Waffle Flower layering dies

- next, I die cut the word 'celebrate' using another snippet of the grey card and an Impression Obsession's die from a set called 'Birthday top edgers'

This card design is almost the same as the card I recently made for Livi's Birthday - as I had all the layer dies selected and out to hand, it seemed silly not to move straight on from making her card to making this one for Josh.

Some of you have said that you're considering whether or not to invest in the Waffle Flower layering dies. For me they really have been a game changer in terms of accuracy as well as the fact that you can also use them to 'gut' paper or card thereby making a single piece go much further. As yet, I've not used the in-between sized set so I can't say whether that will get much use or not. I would just buy the main A2 set and take ir from there if you're unsure.t

And how about this - just supposing you've already assembled and glued together your card and then decide to add a sentiment banner right across the top layer. We all know how easy it is to be just a gnats whisker out when using a trimmer - but you would just cut your banner to the height you want it to be and then you can use the same die you used for the top layer to position the sentiment centrally (which I struggle with unless I measure and do some calculations with pencil and ruler) to die cut it toexacrly  the same width. For me it's a bit of a no brainer really. I bought mine from Bumbleberry Crafts HERE - but right now they're out of stock. Perhaps some of you have already sneaked in?!

Speaking of 'gutting' paper - ie. cutting the middle out to make it go further, there's another style of card that I've made a few times in the past - like this one., known as 'Triple Layer': 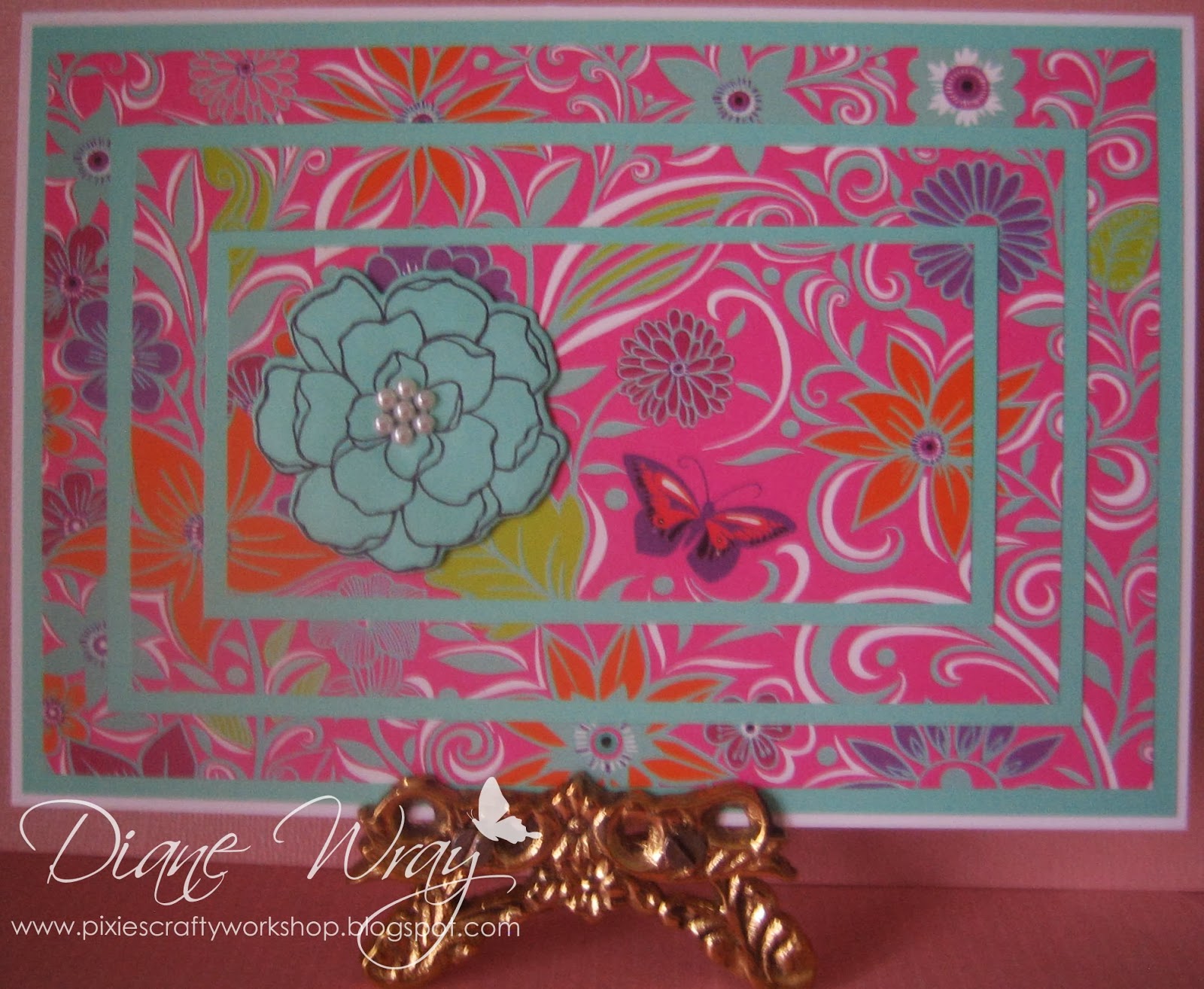 They're great fun to make and can be subtle, or pack quite a punch like this one I made in January 2014, which uses some tropical/very bright papers.

To make this card I measured and cut it all by hand - in the process using three sheets of the 6" x 6" patterned paper to get the continuous alignment effect as well as a similar amount of the plain card. The idea is that the end result looks like the patterned sheet with the pattern just broken up by the plain frames. Using the A2 layers die set(s) I can now get everything I want from a single 5.5" x 4.25" sheet of patterned paper and also from the same sized piece of plain card.

I have yet to prove it, but the optimist in me says 'of course it's possible!' ☺ Once I'm fully ready for battle again - getting there thankfully!