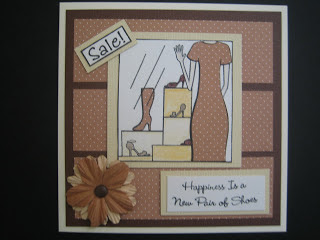 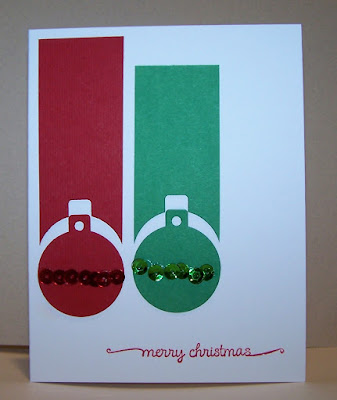 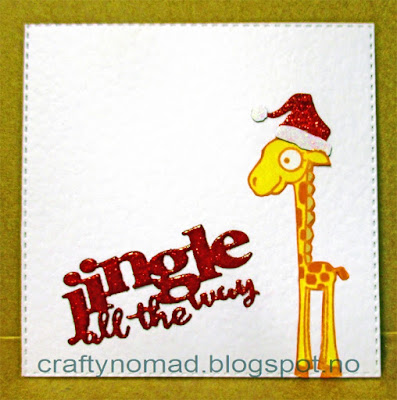 WEll this must be my lucky day! Thanks so much Di, I've already emailed you, and congrats to the notables this week too. Great creations everyone! Loving that new shoes card Di, and you did some great paper piecing too! I think we need to bring back that technique and have some more fun with it! Wishing you a peaceful and happy week ahead!

Delicious and fun "sale" card :D Great paper piecing and choice of papers!
Big congrats to Carol, I'm so glad for her won! :D Congrats to the three picks, too!!
Hugs

Congrats to the picks & Carol! Fun seeing your old card with great paper piecing, Di! I recognize the flowers & brad--still have tons!

Congratulations to Carol and a lovely coincidence about the breed of dog. Thanks for sharing one of your 'golden oldies' - shame it didn't raise any comments at the time. Look forward to seeing what you would do with that stamp set now. Some interesting picks too - that giraffe is fabulous. Lots of rain here this morning and so much cooler thank goodness although unfortunate for people on holiday.

Many congratulations to you all and Carol enjoy your win xx

Congrats to Carol and thanks so much for picking my festive giraffe as a favourite. Hugz

Your 2010 card was super cute, still looks good today! I love looking back at my old cards, sometimes I love them and sometimes I have to ask myself, what was I thinking, haha. Congrats to all the picks and to Carol on the win! I appreciate your challenges, thank you, Di!

I love your earlier card and it is still great. Congratulations to your picks this week, I love the giraffe with his Santa hat. Poor Parsnip, I hope he doesn't stay stained green!

It's fun to revisit our early cards don't you think? This one looks great. Fab paper piecing.

We have RAIN (yippppeeeeeee) and cooler temps!

Congrats, Carol! And to all those noted here. Your paper piecing card is great!

It is fun to look back to where we started and where we are now Di, and this is a really pretty card. Congratulations to Carol and some great picks again this week too. We have had rain and it is a whole lot cooler today. I like the sun but the very hot temperatures and the humidity have knocked me for six. x

Must have been before I found you, or should I say before you found me, gosh you and Sarn have put up with me for 8 years. Still a great card though.
Some lovely picks and Congrats to the winner.
Have a good week.

Your paper pieced card looks great Di, certainly doesn’t look out of place now either!
Lovely picks this week and congratulations to Carol. Rain for us too and much cooler at last!
Janice x

Love your card and picks. Congrats to the winners xoxo

Congrats to the winners! Well Di, I have to say that your early card is much more advanced than mine were. My older cards pretty much consisted of one stamped image on a square of card stock, and then a sentiment. Sometimes I didn't even mat the image so that it kind of blended into the card front, lol. If I got really fancy, I added some jute twine. My newer style isn't much better because my crafting time is crammed in between kids, school and work. But at least I know when a card need something more!

Wonderful cards congrats to all!
hugs

Thanks for picking my card! Congratulations to the other picks and the winner.