Here we go with another 'Snippets Playground Celebration' prize. This card has appeared in the Playground previously (Week 258) but what I used wasn't offered as a prize that week - it was the week of the 'sticky roller' prize. However, I did have duplicates of what I used lined up ready for the Christmas giveaway - and just to remind you: 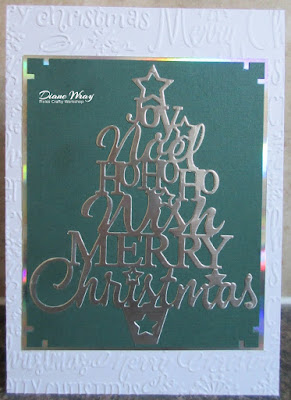 As I said at the time, I'd been after a 'Christmas tree' die made up of words for ages. This one is quite big so you don't really need anything much else on a card - IMHO. 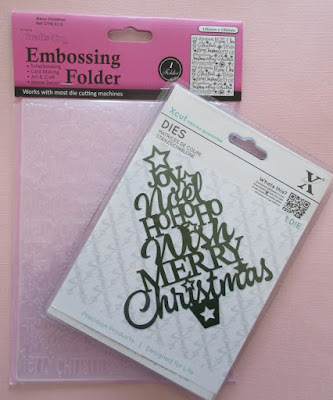 It's a Crafts-Too 'Merry Christmas' embossing folder and an Xcut 'Christmas Tree' die.

Do remember that to be in the draw for particular prizes you must leave a comment on the specific post related to that prize.

At the end of all of the celebrations I'll do a massive draw session for all the prizes using the one Mr Linky - which is on the main snippets post HERE - so you do need to have entered one snippets make over on that post to be in with a chance :) Maximum of one entry please - to keep things fair for those who may not have time to craft.