Well, that was a fun week! HUGE thanks to Eve for helping out by doing the commenting and also selecting the picks on her travels around your blogs. It did give me a lovely rest, for which I'm very grateful!

Eve has asked me to say this:

Oh how true is that!! And how often do I spot something in the Playground and rush straight off to buy one for me and one for the toy box :)

Anyhow, here's my snippets make for this week: 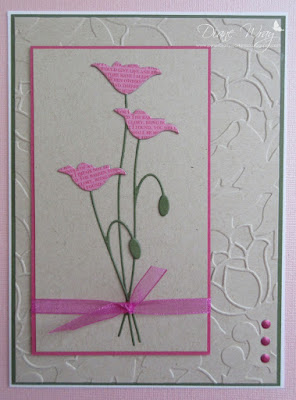 - a snippet of Neenah 'Desert Storm' card stock, which was embossed using a Couture Creations embossing folder called 'Compassionate' and then trimmed down just a smidgen

- the background for the flowers was created using a snippet of rose pink card stock, and another snippet of Neenah 'Desert Storm'

- trimmed and popped the poppy flower heads onto the die cuts, prior to adhering the stems/flowers to the panel

- adhered the panel to the card using thin sticky pads

Right, now onto the weekly picks, chosen by Eve. I know that, like me, Eve went through quite a bit of angst when finalising her picks of the week. What really struck me was this - I'd been quietly doing my own picks alongside Eve and she had no idea which entries I'd picked - and when her list came through by email late yesterday morning I was astounded at how close we were in our final choices. Which, does reassure me that I must be doing something right!

OK, so here are Eve's picks and her comments: 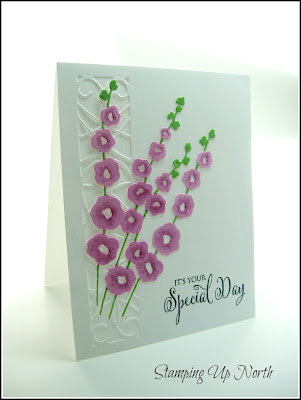 So, there you have six picks from Eve - and, once again, HUGE thanks from me for making my day to day work in the Playground so much easier this week!


And we also have two new Playmates: 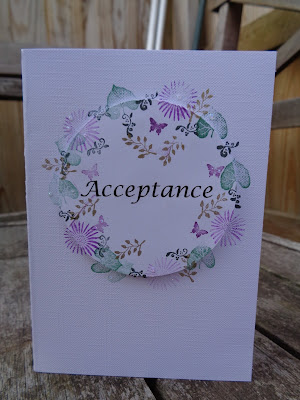 Ruth brought us this card to show and I think it's great! So clever to use the white circular snippet fixed temporarily to the card front, then stamped with the lovely tapestry peg stamps before lifting the circle off and reattaching it using sticky pads. An idea certainly worth remembering for future use! Plus, Ruth is a friend of our Liz and this was her very first blog post - do please hop over to say hello. 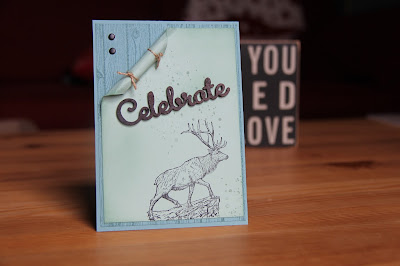 This is such a super card for a chap - made by Zoe, I love the attention to detail, and such a neat trick to roll down one corner of the image layer. Isn't the stag magnificent too -  just perfect for a male card.

We do have another Prefect waiting in the sidelines for her turn in September - as she's one of a Playground scallywags I'm already beginning to doubt the wisdom of accepting her lovely offer :) I'm joking 'mystery Prefect!).

But, for now we're back to normal and we'll remain so over the coming few weeks - I already cleared up a load of choklit papers from the wheeling and dealing in contraband behind the bike shed and even had to wipe Parsnip's mouth, nose and ears. He'd found the hidden papers and had been having a good ole nose and lick around! Not a good look on a snowy white bear :)

It's time now to choose the winner of that gorgeous 'SU Painted Petals' stamps set, so kindly donated by Eve. And the winner is:

Pat
It's 38 weeks since your last win Pat, so I expect you'll be a happy bunny - one of the weekly picks and also the prizewinner :) I still have your address here so will post your package off ASAP!

Here's the prize for this coming week: 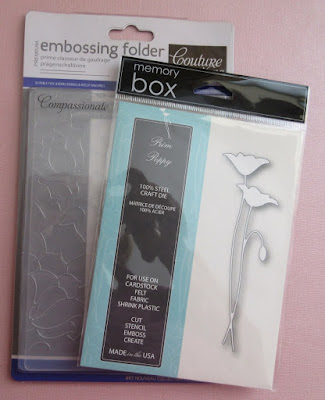 It's a Couture Creations embossing folder (5" x 6.75") called 'Compassion', plus a Memory Box 'Prim Poppies' die, both are just like I used on my snippets card today. Ha! If you look closely you'll see my reflection in the cellophane packaging :) I'd only recently come across folk using the 'Prim Poppy' die and hadn't realised it was around as far back as 2012, late to the party as usual! Plus, the 'Compassionate' folder had been languishing in the toy box as a prize for ages - I was so pleased to find how well the folder and the poppy die go together.


The Snippets Challenge will run for one week and the Playground gates will close at 11am UK time on Saturday 15th August. The gates will open again at midnight UK time on the same day.

Maximum of three entries and please say in a comment if you wish to play and be a possible winner of the prize. Also, if you already have or aren't really interested in either part of the prize but still would like to play for one of the items - please say so and if your number is picked as the winner then I'll do a second draw for the other part of the prize. However, the prize IS for both items unless I'm told otherwise in a comment. Do remember that you should also link back to the Playground in your blog post to be eligible for the draw.

Harrumph, my little break is over so it's back to commenting and picking for me this week - but I'm so grateful to Eve!