I decided to have a play with some stamps that I bought at the NEC last November - they had been languishing, still in their unopened packets, due to various other things going on here.

I turned to my buddy Sarn's fabulous work for inspiration - see here and here for some of Sarn's examples. My result certainly isn't anywhere near as balanced and eye pleasing as Sarn's are, but here's one I made anyhow: 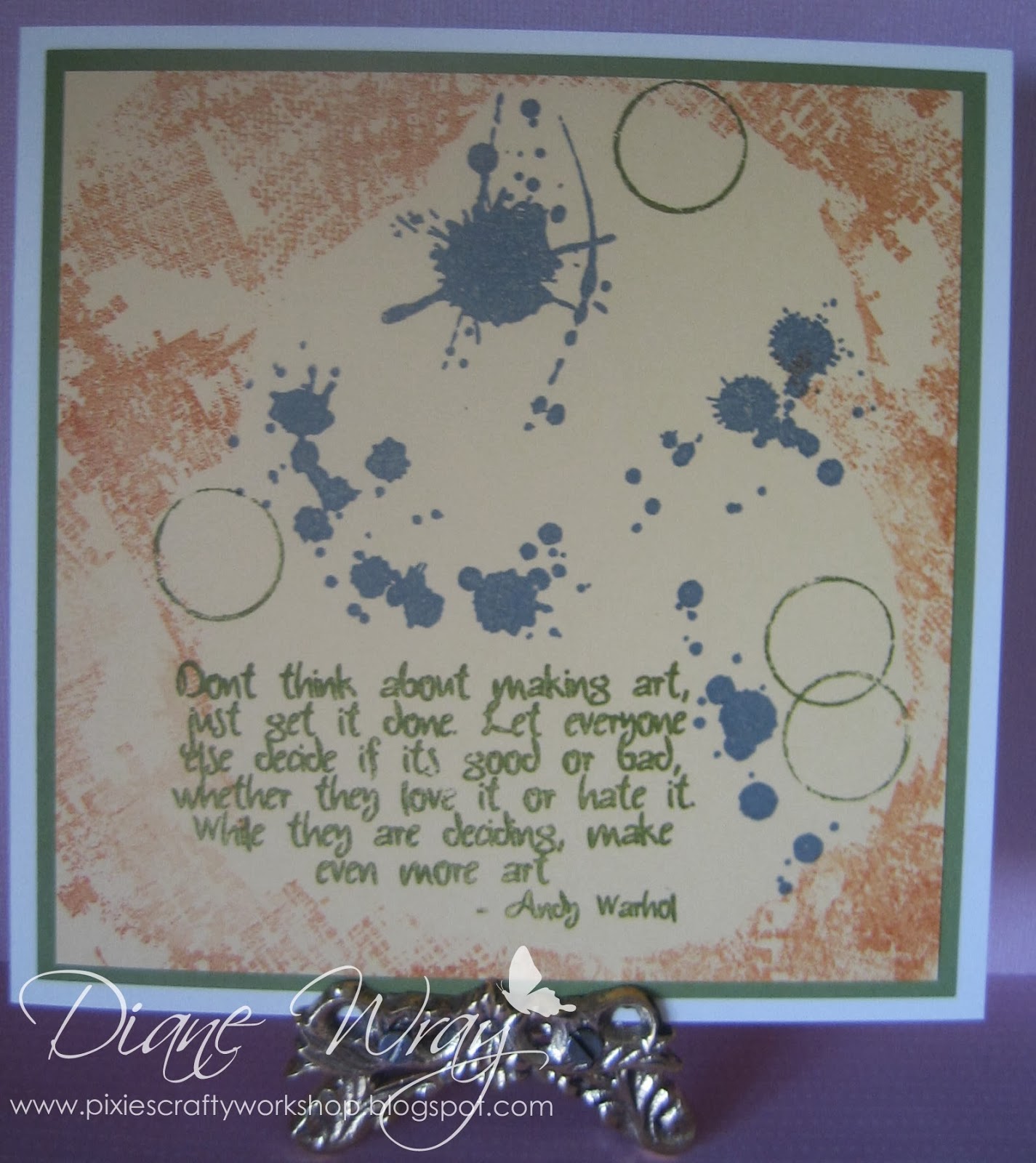 - the lid of a fat glue pen for the circles, using SU's 'Old Olive'

Had a lot of fun, but Sarn (and Andy Warhol fans) don't need to hold their breath! :)