Reading a blog earlier today, I saw that the writer had been having trouble cutting 'fishtails' into the end of a sentiment strip without the use of a safety net die. In fact her card looked fabulous with just straight ends to the sentiment strip but at the risk of seeming like granny and sucking eggs it took me until about six months ago to think of doing this. Musing here, I thought of geometry at school - you know, right angles and such. So this is how I cut my fishtails now - taking any guesswork out of the process:

1. Stamp your sentiment onto a piece of card, as straight as possible to make trimming in the next step easier. 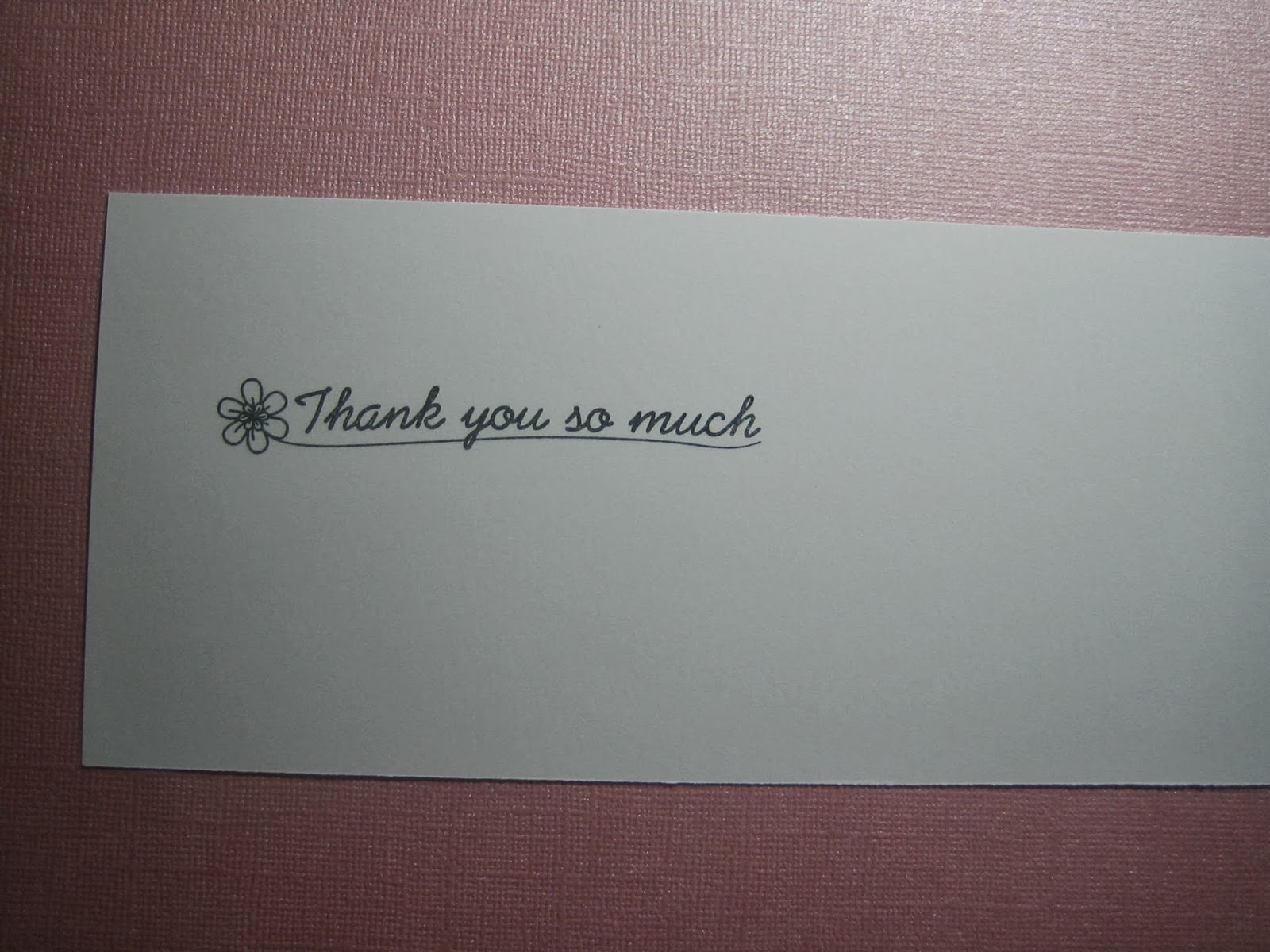 2. Cut the sentiment strip to the width you want - if possible make it an even number of millimetres (or fractions of an inch) wide, I cut mine to 20 mm wide ie. top to bottom. 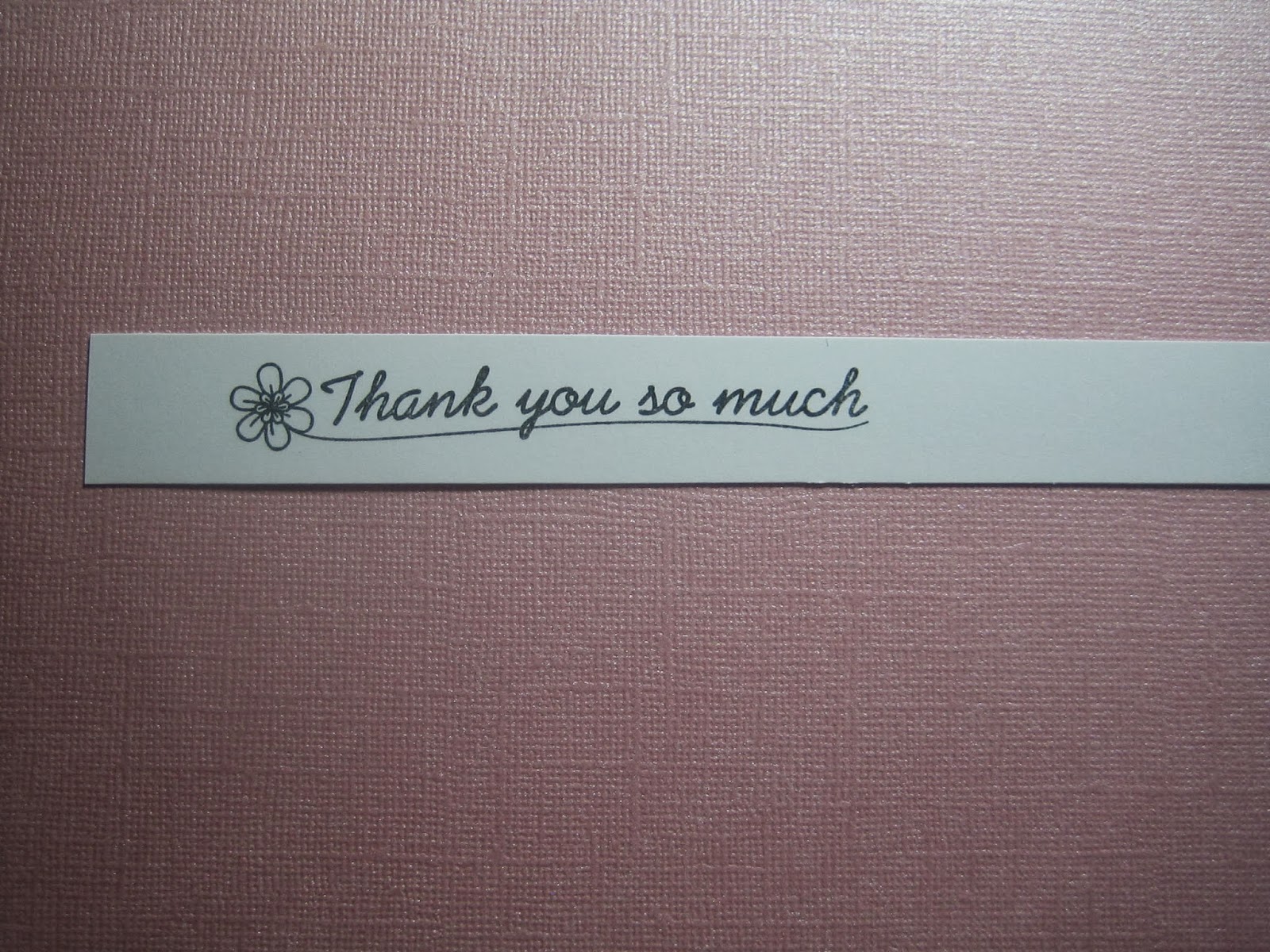 3. Decide how close you want to cut to the actual sentiment at each end and draw vertical pencil lines across the strip. Then, measuring carefully draw another vertical line outside of the measured strip- half the width of the strip away. So, my strip is 20mm wide and so the right hand line here is 10mm outside the lines I first drew. Then, measuring carefully again, bisect the panel you have pencilled inhorizontally - ie, exactly in half - which was 10mm again for me. 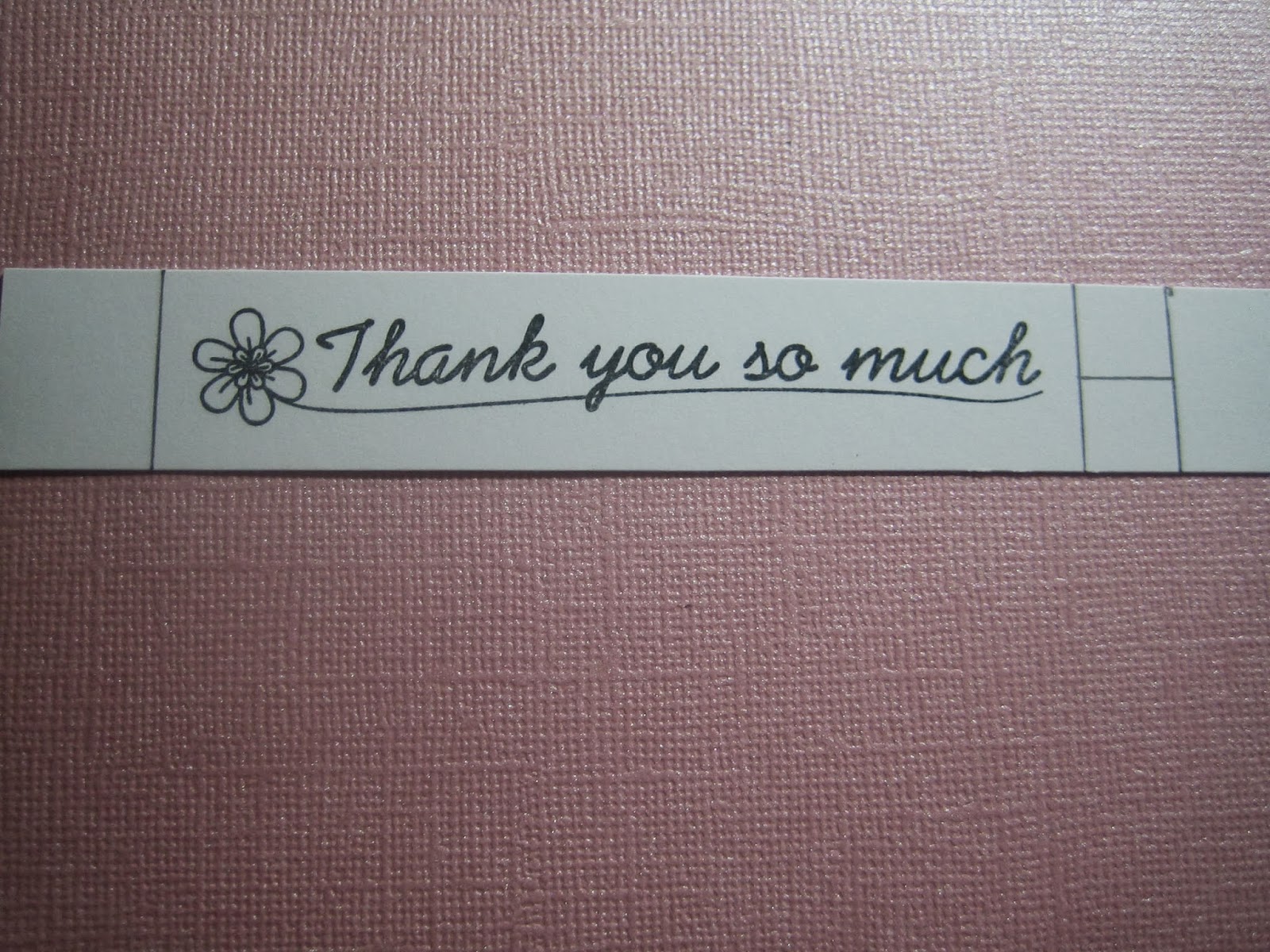 4.Draw, still using a ruler, lines diagonally across the two sections you just created in the photo above. Due to the wonders of maths, I now have a 90 degree angle in the inner part of the fishtail. 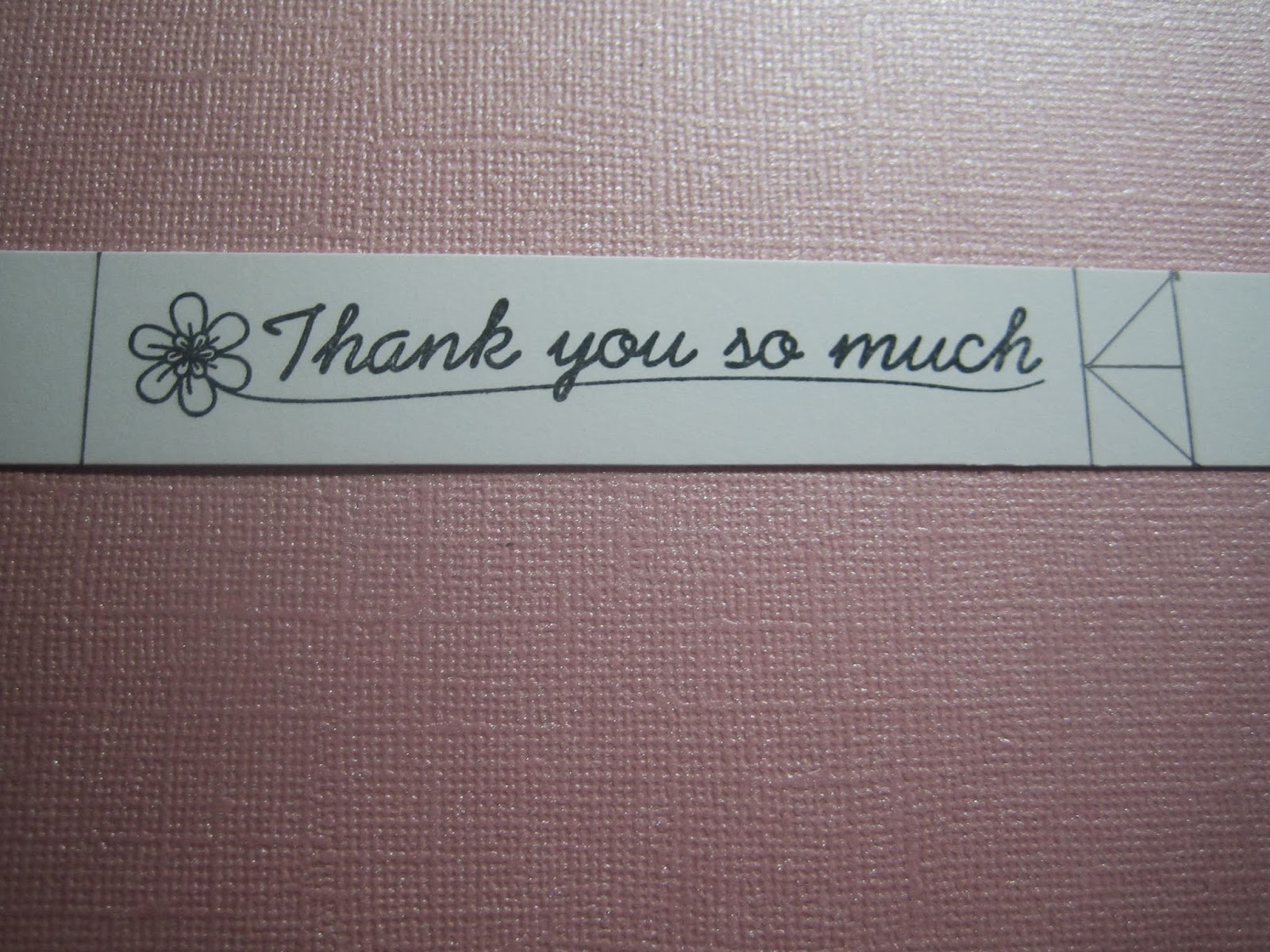 5. Trim off the straight ends (I do use a trimmer for this bit) and then carefully snip with small scissors along those diagonal lines you just drew. 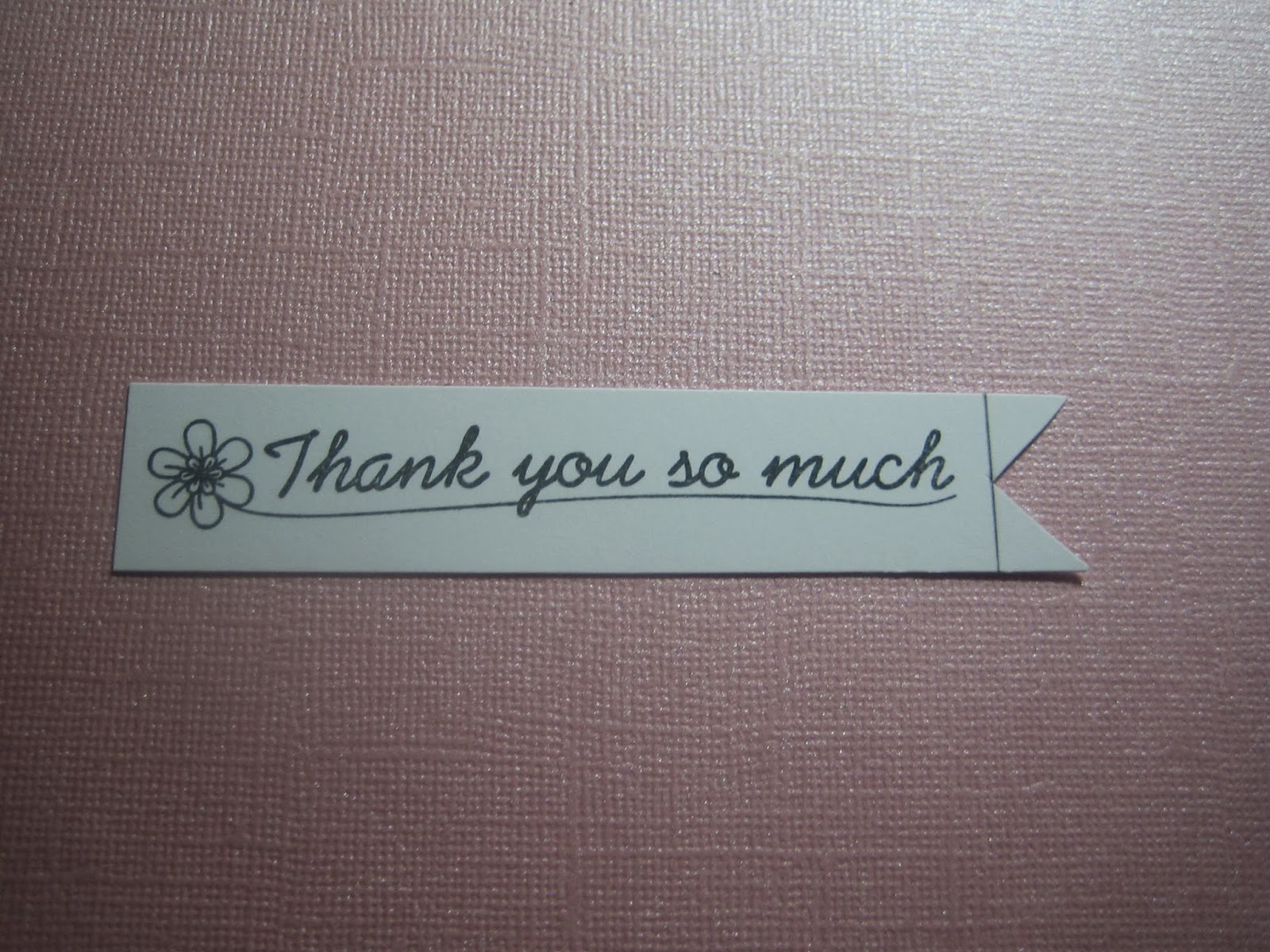 6. All that's left is to use an eraser to rub away any pencil lines - and I coloured in the flower :) 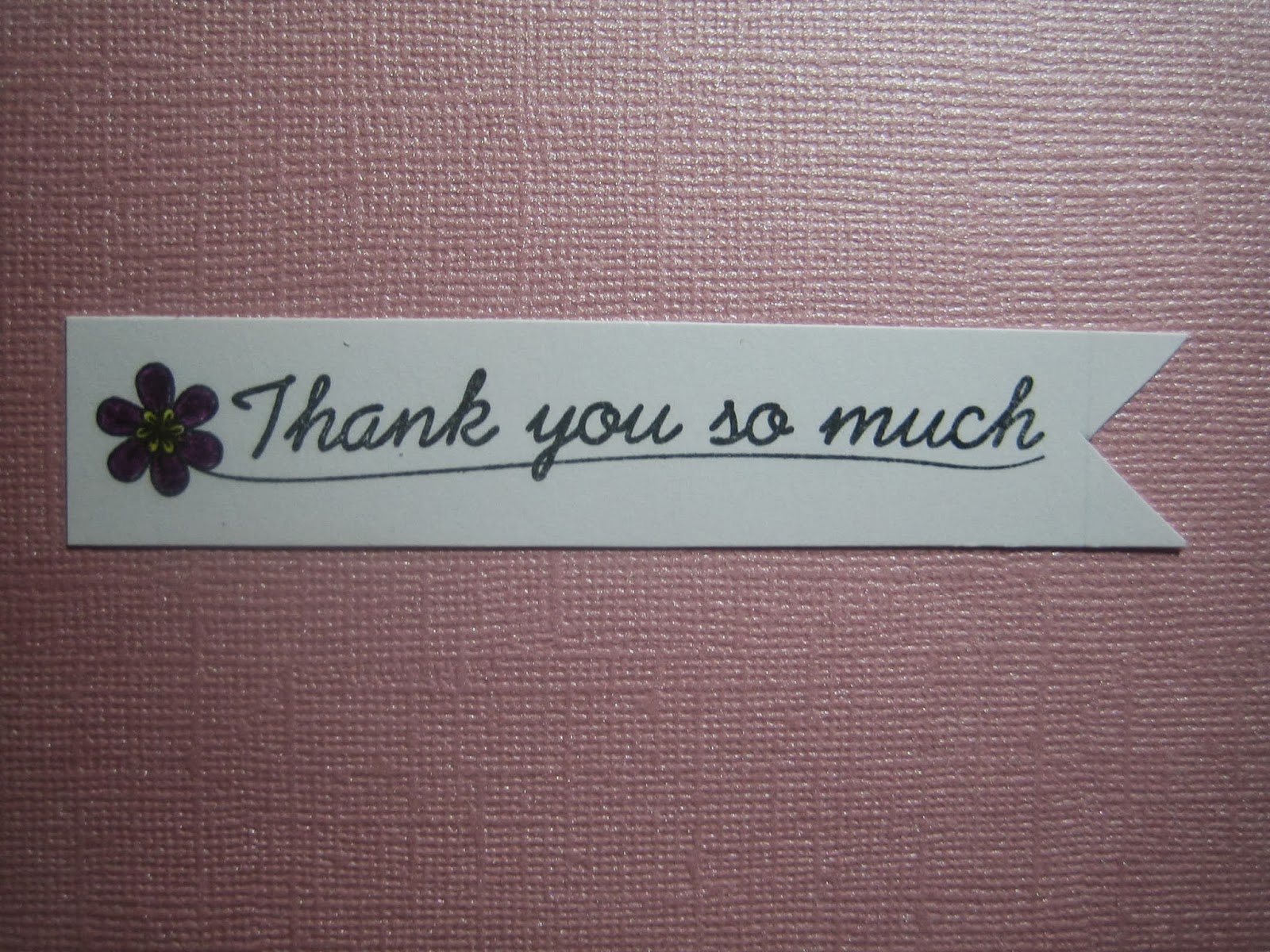 OK, maybe it was really obvious and most of you do it already :( Of course, for more elongated fishtails, at step 3. you would just draw your vertical outside line further away. But you would still bisect the panel precisely in half across the middle of course.

A couple of other things, I just grabbed a quite hard pencil to draw the lines so the camera would pick them up - a soft pencil and a light touch rubs out much better! Plus, you could always do the pencilling and cutting on the reverse of the strip - I like to see what's going on though and a soft pencil and light touch works for me :)

If I want to layer the sentiment onto a background piece of contrasting card I just cut a slightly longer and wider strip, stick the fishtail on leaving a border round the three straight edges and then cut a V, usually without measuring. If you want to measure you only need the centre of the V in the fishtail - draw a line outwards from there and cut even snips on either side to the line.


Class closed for today - now go and play on the swings whilst muttering 'Silly old bat, we all do that trick!'

Edit: Am giggling here at comments already made about just eyeballing and snipping or even using a square or hexagonal punch - trust me, I have problems sticking a stamp on an envelope straight - plus I suffer from OCD :)