I've been trying enter to Allsorts Challenge more regularly, and originally intended to do some paper piecing for this current challenge. The other option was hand coloring. Then, right in front of where I swivel round to use the laptop there's a set of open shelves and sitting on there, right in line with my eyes, is the very old wood mounted stamp I used and hand coloured today.

Here's the card I made - the sunflower is Ukraine's national flower: 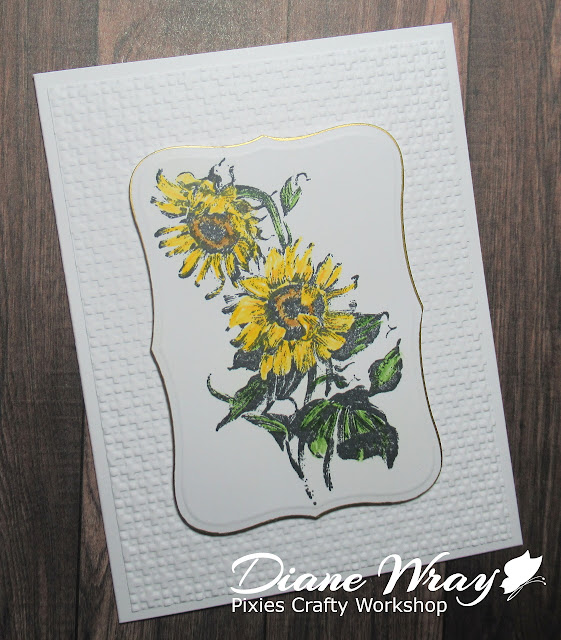 - piece of the same card stock as the card, embossed using SU's 'Textured Impressions' folder then trimmed to slightly smaller than the card front

- glued the embossed panel onto the card front

As always, taking a photo of shiny elements on a card is nigh on impossible - the gold edging is just like gold leaf, really pretty and also very shiny!

I'd like to add this card into the current Allsorts Challenge #665.