I spotted Darnell using the relatively new Penny Black 'Masterpieces Made Simple' card toppers fairly recently - and, being up for anything easy, bought a few sets for my own Christmas cards (which are coming along really well right now, thank you!).

I adore PB 'Stickeroos' as you surely know by now - and the 'Masterpiece' toppers didn't disappoint at all. Similar idea and CAS, which I like rather than messy.

And here are a couple - rustled up in next to no time. Kept them quite plain and, I hope, a bit elegant: 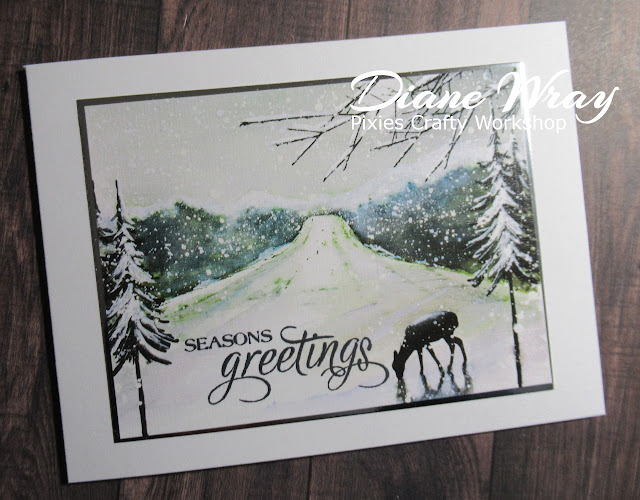 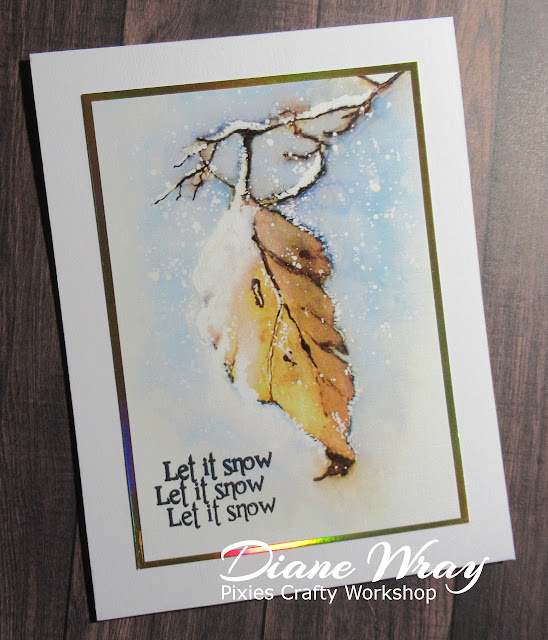 - two 5.5" x 4.25" white linen card blanks - the horizontal one is side opening and the tall one is tent style (the white linen card works so well with the linen card of the PB 'Masterpieces' and also both of them work perfectly for stamping sentiments - which surprised me)

- both images are from the 'icy winds' set. Trimmed the card images very slightly and then stamped the sentiments directly onto the image panels. I used the Misti, Memento 'Tuxedo Black' ink and the 'Seasons Greetings' sentiment from the smaller version of the Inkylicious 'Seasons Greetings x 4' set of stamps on the deer image.

- then used a 'Let it snow' stamp from the Personal Impressions 'Many Greetings'  set of stamps designed by Kirsty Wiseman - onto the snow laden leaf image. A much loved and well used set of stamps

- then added them onto the card fronts - finished!

There are a lot of few more of these wonderful Penny Black sets waiting here - and also plenty of fun to be had using them. Such a quick and easy way to rustle up Christmas cards.

I'd like to add these cards into Darnell's NBUS Challenge #36 for March. NBUS goodies were obviously the fabulous Penny Black 'Masterpieces Made Simple' images. In the UK, 'Cuddly Buddly' sell them BTW, and they are a reliable and good company!