I've been catching up on a bit of Christmas card making and tried out a NBUS 'Stacked Merry' die by MFT, from their September 2020 release. I made four cards in a 'batch baking' session - two of each colour way: 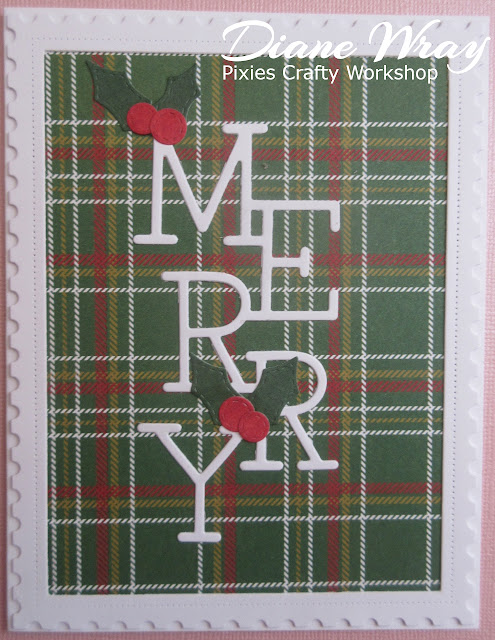 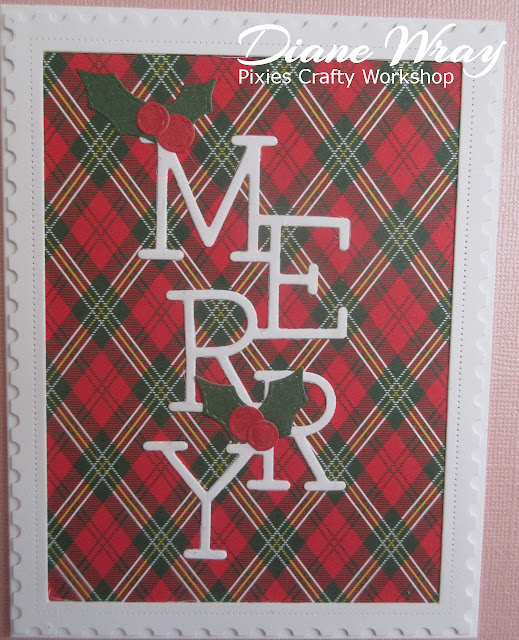 - piece of plaid patterned LOTV paper from the 'Classic Christmas' paper pad, trimmed to just an eighth of an inch larger, on all four sides, than the opening in the white frame

- then adhered the LOTV paper to the back of the frame, using very narrow red line tape. The best way to do this is to align the top edge first and adhere it before then carefully removing the backing from the other three sides - if you try to do it in one go the odds are that it won't be straight (or as straight as you can get it!)

- glued the whole panel to the card front

- die cut holly leaves and berries from plain green and red paper snippets, which were tucked in the back of the same LOTV 'Classic Christmas' paper pad. The die set I used is Poppystamps' 'Stitched Holly Leaves and Berries'

- glued those on place, again using a Zig glue pen

The background could be a little too busy for the leaves and berries to show up very well - but I had fun making them anyhow!

And as the MFT 'Stacked Merry' was having it's first outing, I can enter this into Darnell's NBUS Challenge #19.