Still having a good deal of hot, sunny and often humid weather here. And it was a bit of a step forward for me the other day - I went to a nearby chemist to collect a repeat prescription, rather than ask for one of our wonderful local volunteers to collect it! Yay ☺  All the people I saw in or near the shops were wearing masks, including yours truly needless to say - which was rather reassuring as it isn't compulsory until later this week here in England. And the protective measures taken in the pharmacy itself were certainly quite impressive.
Let's move straight into this fortnight's picks: 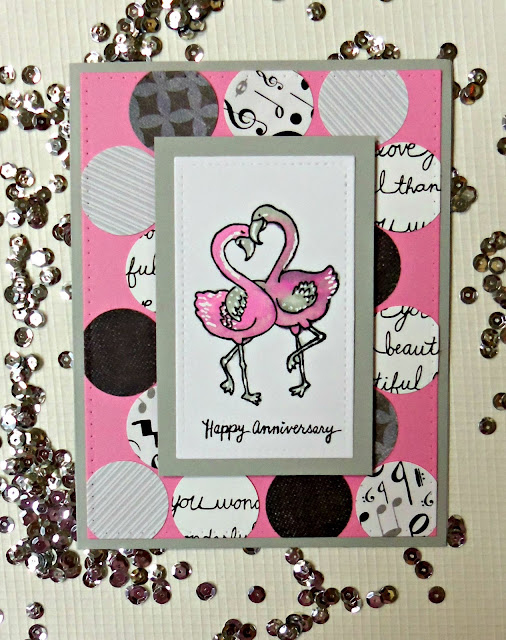 I love this card, made by 'Janis - the skunk hunter' - named by me due to her close call with a young skunk recently. Wonderful colours, pink and grey always go so well together, and I love the circles around the image - great use of snippets! 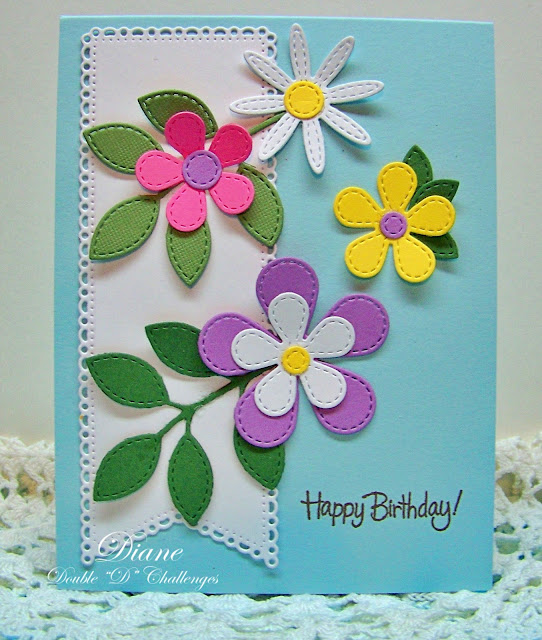 I was delighted to see Diane H playing along with us once again, I always miss folk when they stop joining in with the Playground. This card is so fresh and very pretty - perfect use of snippets of course. And yes, I did go on a hunt to try and buy that set of stitched flowers and leaves dies for a Playground prize. With no luck, sigh. 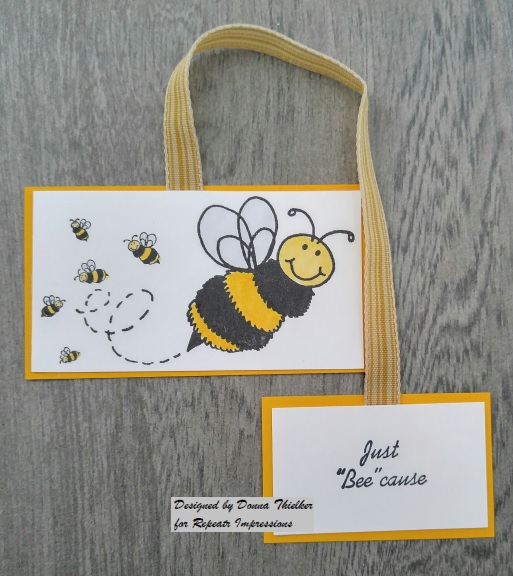 Donna T made a whole set of super bookmarks, using snippets. I do love to see when people lay out their snippets and take a photo before getting to work - something I forget to do myself. This is such a different style of bookmark - and a great idea!

And, as so often happens, I really couldn't cut my list of picks down to just three - so here's a fourth one which was made by Susan S. I love so much about this card. First of all, the snippets paper and card colours are gorgeous and pick up the very cute image colours perfectly. I love that the plaid of the parcel picks up a snippet design so cleverly - and how about hand cutting the image and frame in a wonky fashion? Clever and very eye catching!
We also had two new Playmates: 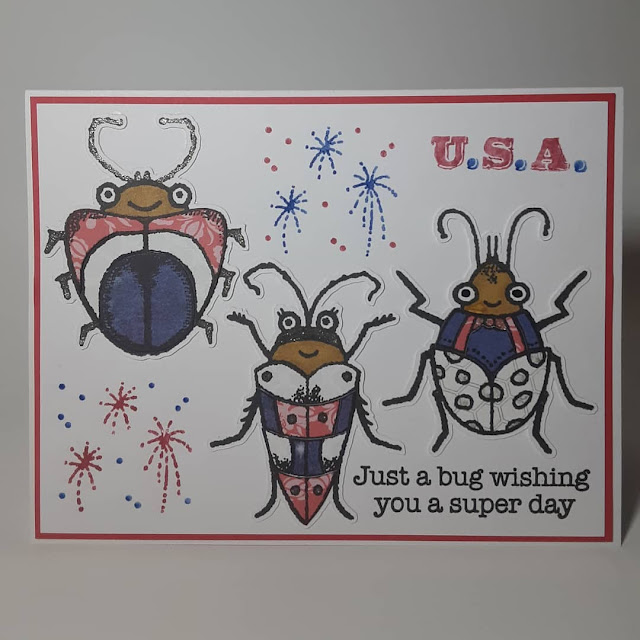 Angel Koch (Instagram)
So, that's my picks and I do hope they've given you some inspiration for ways in which you can use up some of your own snippets.

We had 51 entries in total, and two new Playmates this time.

Now for the prize draw, which is for a 'Deco Roses' image stamp and a set of 'Deco Sentiments' - both by Woodware. The prize was  pretty popular, with lots of you saying 'yes please' and I managed to get my hands on another set of both the same sets so in fact there are two winners:
Em
Jane W
Congratulations ladies! Oh this did make me smile - I finally mastered the knack of using Royal Mail's Click and Drop service for overseas prizes - and you're all based in the UK! To be honest, that doesn't happen very often when there's more than one prize on offer - I think someone's having a quiet smile at my expense! Please send me your addresses, even if you know that I know it already, with your full name at the top as well so I can copy and paste for speed and ease. It's also confirmation that you still would like the prize of course and I'll do my best to post your prizes later this coming week. Please put Playground Winner or similar in the subject line of your email in case it drops into my junk mail. Email address is on RH sidebar as always. The sooner you let me have your addresses the sooner I can post all three prizes in one go.

Remember folks, there's still almost another week to run on Challenge #381 - you can find it HERE. The prize is a a Spellbinders 'Optical Illusion Kaleidoscope' set of dies. Not a load of entries so far, normally by the end of week one about two thirds of the entries are in and linked up.
This coming week - it's our darling Dudley's 2nd Birthday, on Wednesday 22nd. Hard to believe it's two years in September since he came to join us - he's giving us so much joy and plenty of laughter with his antics - with the odd fright as you know. One of his most spectacular was when he decided to squeeze through the partly open barrier at the top of the stairs as a small puppy - and tumbled all the way down, hitting each tread as he went. Standing at the top and unable to stop him in time I screamed - as you do - and Len, who had just gone down the stairs and left the barrier partly open, whipped round and did the most incredible rugby save, literally catching one furry little ball in mid flight before he hit the tiled hallway floor! Not sure whose heart was beating the fastest out of the three of us to be honest.
I'll have to be sure to take a photo or two of him - not that we're having a cake of course, nor does he need any new toys! I think that a card and some extra cuddles will do him fine. And perhaps a small steak for dinner - along with a teeny glass of Prosecco (joke!).
Don't forget that it's the July Rudolph Days challenge over at ScrappyMo's - beginning on Saturday 25th. I'm battling on with a big 'batch bake' of 10 almost identical Christmas cards here and hope to have them finished to enter one. Been making them for at least three weeks now!
Been suffering with shooting neuralgia across the top of my head for a few days now, making sitting crafting quite uncomfortable. And brushing my hair ain't much fun either! I finally gave in yesterday (Saturday, the day I'm typing this) and took a couple of co-codamol and the relief was incredible.