Today's prize is two items for stamping - one image and one set of sentiments. As I'm in a massive rush here I've copied and pasted a previous Christmas card I made using the same image ages ago (almost four years in fact!): 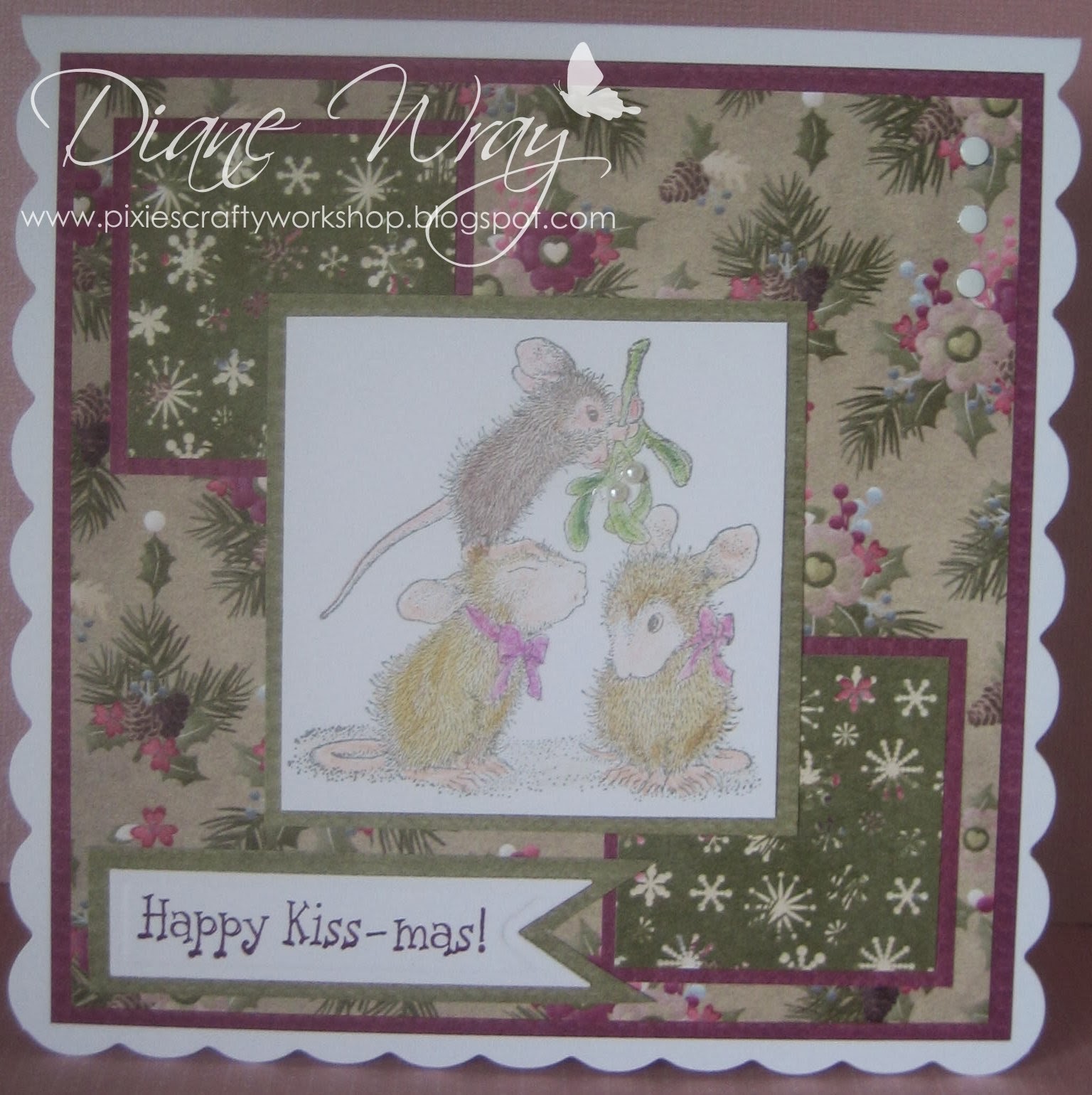 - the sentiment is an Elzybells one (no longer trading sadly), stamped using SU's 'Rich Razzleberry' then die cut using a Spellbinders banner die. I just did the green backing layer by using the die as a guide and drawing round the outside before hand cutting it - and again, used snippets to back/frame the small panels

Such a shame that the sentiment is no longer available as it suits the image so well  - although of course you could always generate one using your PC/printer.

However, here is today's prize: 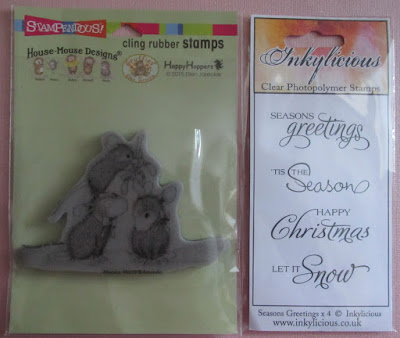 I managed to find exactly the same little House Mouse image, although it's now cling mounted rather than wood mounted like my original one is. And it's now called 'Mistletoe Mice' rather than 'Mistletoe Moment'.

And, instead of the 'Happy Kiss-mas' sentiment which is no longer available, I'm including an Inkylicious stamp set with four sentiments in called ''Seasons Greetings'. I've offered an almost identical stamp set previously - although Inkylicious have since slightly reduced the size of the stamps as well as increasing the sentiments from three to four. The extra one is 'Let it Snow' - such a useful one as well. More of the same set of sentiments will appear (singly as add-ons to make up a prize) as the coming week goes by - they're a real 'go to' item in my Christmas crafting goodies!

I was trying to keep these 'combined bundles' but have decided that if a job's worth doing then it's doing well so I'm OK with splitting prizes. The House Mouse image is just adorable and will appeal to those of you who I just know from your beautiful cards love anything that is House Mouse! :)