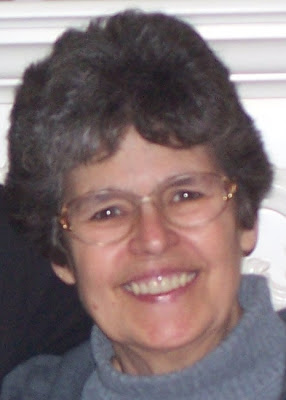 Yes, Di this is such sad news. I knew Bernie's posts had become less. I also knew she was fighting a battle that was very frightening and she was being so very strong. I feel sad that I didn't stay current with Bernie. Darnell is right, we need to make sure our family members, at least one of them, know to post on our behalf. Di, you have created a playground family and I am excited to be part of that family. As with all families, we aren't daily in each others lives, but we are always in each others hearts. To each and every one of you, I say, I love you and thank you all for making life so much more fun! I'll bet Bernie has a craft table in heaven and the stars twinkle brighter because she is there. I've been a bit absent of late, my resolution for 2015 is to be more present! Wishing you each a happy holiday season and a blessed and very Happy New Year.

Sad news for sure. Thanks for updating us.

So sorry to hear your sad news Di!
Hugs and blessings, Hazel xx

Thank you Di. I did wonder if something like this had happened and I wanted to find out but was not as persistent as you sadly.
What a lovely lady you are too for finding out and for letting us all know. She really was a lovely talented lady. I hope she is sharing her art in heaven.

That was beautiful, Di. Bernie would have loved it. I have missed her this year and will keep on missing her, may she rest in peace.

Thank you so much for finding out. Big hugs, Darnell

Thank you for your persistence in trying to determine the situation with Bernie.

I didn't know Bernie as she stopped blogging before I started, but in the photo she looks a lovely and happy lady, but for her it was perhaps a blessing that although sudden she didn't suffer that slow deterioration which is so difficult for everyone, and she is now at peace. It is great that your persistence has given everyone an answer as to what happened to her. x

I know I haven't been over for a play for sometime now but I first met Bernie in the playground. I have often thought of her since her last post and wondered how she was and it was so sad to read yesterday that she'd lost her fight. RIP Bernie and thank you Di for finally setting all our minds at rest. Carol x

Very sad to hear of your loss...

This is such sad news, Di. I 'met' Bernie online and we enjoyed exchanging comments so I was aware of what she was going through but didn't know until last night, from Mary, that she had lost her brave fight with cancer. She was such a lovely lady the world is a sadder place without her. It's good that you persisted and found Lori, otherwise we would have continued to wonder what had happened to Bernie. I now think I need to sit down with Alan and show him how to leave a message on my blog. Thanks for updating us. Hugs, Elizabeth xx

Unfortunately, I never knew Bernie, but I'm sorry for your loss. Your tribute to her is just lovely, and no one could ask for a better end than to go peacefully at home with a loved one. May she rest in peace in heaven's arms.

This is such a beautiful tribute Di. I'm so sorry for your loss. You and Bernie's family are in my prayers.

Diane, such a wonderful & heartfelt tribute to Bernie. Thanks for sharing that picture of her smiling sweet self. And big thanks for finding her sister, to check on things. Additionally, thanks for providing a place for crafters/bloggers to gather where we can develop such strong friendships. We'll miss our dear friend, who was so special. I'm with Mary M, who commented about Bernie's new craft table. What a comforting thought. Big hugs.

I had guessed something had happened a little while ago but changing email providers I lost email addresses. Well done Di for finding out for us and letting us all know. Bless her and I hope Jim recovers soon.
Hugs
xx

I never knew Bernie, but your tribute to her is lovely, Di. Bernie was obviously a special lady who will be missed by all her blogging friends. May she rest in peace. xx

This picture is the perfect tribute to this delightful lady! She was a shining star!

I'm so sad to hear this news Di, she was indeed a beautiful lady inside and out. The last news I had was she was doing well. So I am surprised by this news. I'm so glad she was with her Jim enjoying her day and passed with ease. Now I'm glad that she can rest and not have to battle that darn cancer anymore. Sad that such a light was taken, but God only chosen roses for his garden and Bernie was indeed a rose. Hugs, Brenda

A most fitting tribute. Thankyou my friend. Hugs Mrs A.

A very nice tribute. I'm sorry for your loss. May we all be so blessed at the end.

So sad but a really lovely tribute to your friend! Clever you for finding her sister! RIP Bernie xx
Luct x

Such sad news Di. She hasn't blogged in so long that I knew in my heart of hearts that she had left us, but it's still very sad seeing it written down like this makes it so final. Bernie was such a lovely lady that never asked for much in life but gave so much of herself to others. I hope she's at peace now.