My snippets card for Challenge #430

A new challenge (#430) is now open over at The Snippets Playground HERE. To make my own snippets card I raided a favourite paper pad, tipped out the snippets from the envelope 'pouch' stuck inside the back - and this the card I ended up with: 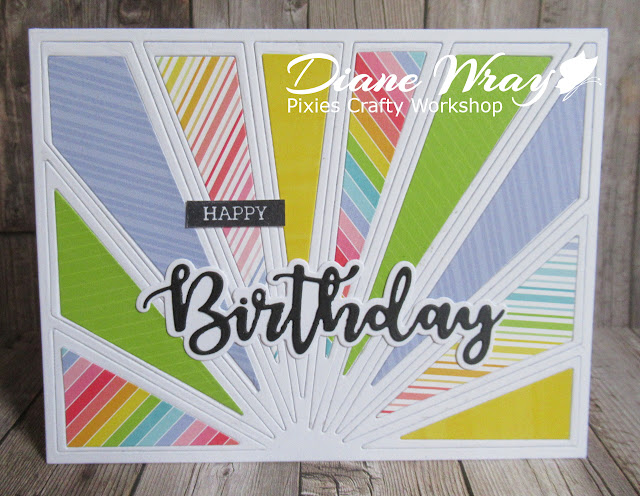 And here's the pile of snippets I tipped out, a few of which I used - the rest were saved for another time: 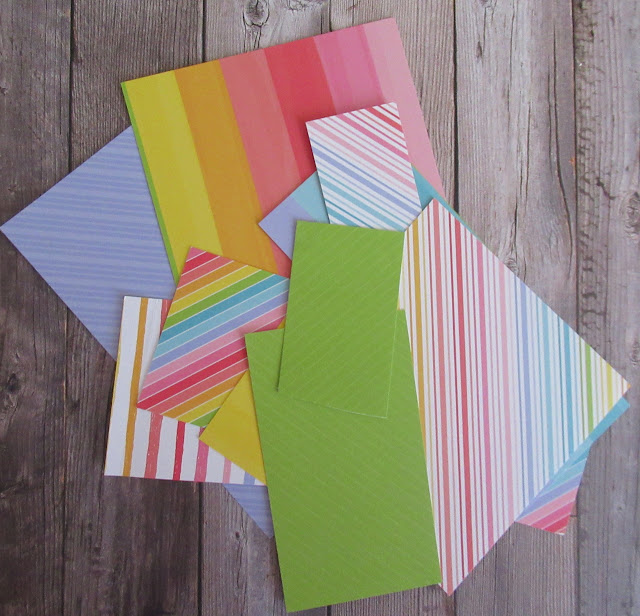 - a piece of white card, die cut using Ann Melvin's 'Positively Paper Craft' 'Multi Panel' die set - which I love (her prices are so, so reasonable)

- then glued the 'frame' to the card front as well as the inner white parts which I'd cut all in one pass on the Gemini. Must admit, I fell back onto the original Gemini plates and used the magnetic mat for ease when positioning all the smaller insert dies into the main die

- then used my cute little Altenew die cutting machine to die cut all the coloured paper insert shapes before gluing them in place, using a glue pen

- next step was a sentiment and I used a literally 'hot from the mail' die set by Whimsy Stamps called 'Birthday Word and Shadow Die' which I'd spotted over at Sarah's snippets entry just a couple of days earlier!

- glued both the stamped and the die cut elements onto the card front to form a two-word sentiment - yay, finally taking the time to use my set square for levelling

I already said how much I love the 'Multi Panel' die I used here - brilliant for using up snippets and every bit as good as any other similar die set on the market, at a price that made me smile!

The Birthday sentiment die is brilliant and it comes with a 'stitched' background die as an alternative to the plain one, or you can use the Birthday word without any background - versatile! I stuck to the plain background as the card was already quite busy - and there was no other stitching on the card to tie it all together. I know it's naughty of me but I truly do recommend that you think about adding the sentiment set of three dies to your craft goodies. Mine was from 'Dies to Die For', bought whilst their Jubilee discount promotion was running.

I'd like to enter this card into Darnell's NBUS Challenge #39 HERE.

So that's my snippets card and all that's left is 'Dudley's Pupdate'. He is a little terror for sitting looking very appealing when there's food around - no matter what you might be eating.

I had a sliced up Jazz apple the other afternoon. Of course, Dudley wanted a taste and he actually liked the little bit he had. A while later I was sitting at my desk, speaking to Len, with Dudley's paws up on the chair beside me - 'little nosy parker' always has to be involved. All of a sudden there was one almighty 'burp' - practically in my face. Dudley looked astonished, Len thought it was me (which amazed me as I never burp) - and I reeled back in shock! Would put some humans to shame for sure and he didn't even excuse himself. ☺  Doggy manners training for him!

Love from Di and Dudley!