Len's g'nephew, Edward, will shortly be celebrating his Birthday and - as always after Christmas - I was so busy with other blog stuff that it was a bit of a rush to make a quick card yesterday for him: 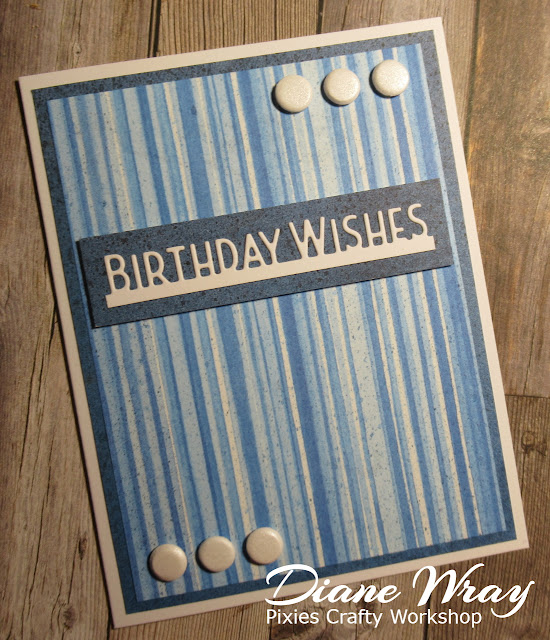 - snippets of plain and patterned blue paper, found tucked in the front of my expanding snippets folder. No idea where they came from

- glued the die cut sentiment onto the panel using a glue pen then popped it in place on the card front, using thin sticky pads

- showed Len and his immediate reaction was that something was missing- so I had a good rootle around in one of my boxes of embellishments and suddenly remembered 'card candy' from years ago. At one time no card was complete without card candy added to it, so I popped some white ones onto the card and got the seal of approval!

I'm absolutely thrilled to see that the new Snippets Playground blog is so popular - 86 followers already and loads of lovely comments and entries for the current challenge over there. The link to the new Playground is both on the sidebar here and also on a tab at the top of the page. Come and play!