What a glorious sunny weekend, so far, for the toned down VE Day 75 Anniversary. The most moving parts of Friday, for me, were when Charles and Camilla laid their wreaths at Balmoral War Memorial just prior to the nationwide two-minute silence. They looked so lonely walking from the church down the driveway, just the two of them and a lone piper waiting at the memorial and playing as they approached (and a TV crew of course, out of shot). It meant much more than any huge parade we thought. And the Queen's broadcast to the Nation on Friday evening was just perfect. 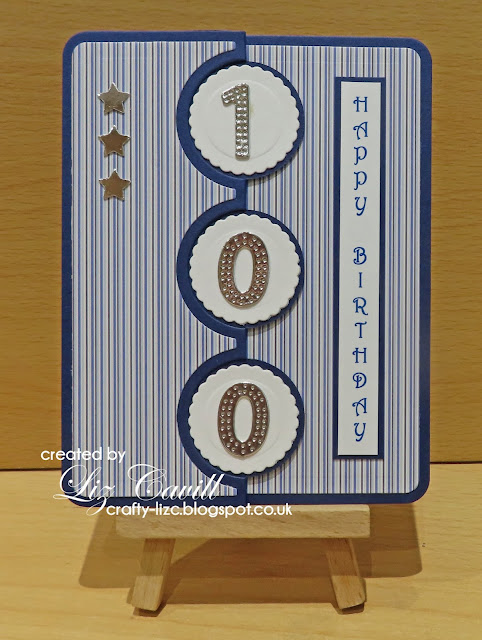 I couldn't let this wonderful card, made by Liz, go without being a pick. You should pop over to Liz's blog to see it opened, and also to read the story behind it. In short, a wonderful gentleman called Captain Tom Moore here in the UK has, to date, raised over £32 million pounds for our NHS. He did it by walking 100 lengths of his (not pocket handkerchief sized) garden in the run up to his 100th Birthday at the end of April. The Queen has already approved him being made an honorary Colonel - and now a lot of fingers are crossed that he will be recognised in the Queen's Birthday Honours list in June. Such a lovely gesture from Liz as well to send him a card. 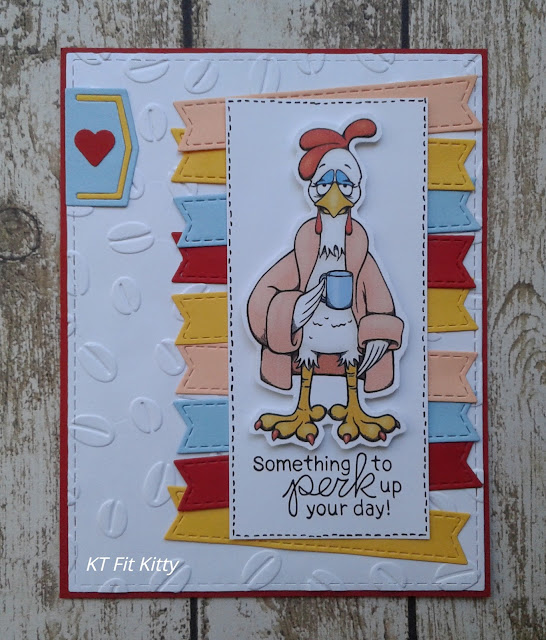 Love this card made by Kitty - too funny ............. and horribly like I suspect I might look first thing in the morning! Love the coffee bean embossed panel - and what a great way to use up a lot of different coloured snippets, by making fishtail banners to pop behind the image panel. All perfectly matching to colours in the image itself as well!

And, another very similar idea popped up with this fun card made by Lesley G. It's certainly a brilliant way to use up snippets and Lesley went a bit 'above and beyond' by even adding those dear little poppers made from the teeniest snippet of silver card.  What I hadn't realised was, in our 'mail quarantine area'. sat the very same card waiting to be opened! What a lovely surprise that was.

And we had one returning Playmate after a really long absence:
I adore this card, made by Lindsey - who came back to play with us (now using Instagram) after a few years absence. It's so elegant, as her cards always are - come back soon and play again please Lindsey!
So, that's my picks and I do hope they've given you some inspiration for ways in which you can use up some of your own snippets. I could have added many, many more picks, as I always say.

We had 48 entries in total - still going strong girls!
Now for the prize draw, which is for Pink & Main's double die set called 'Hugs'  and the set of complementing sentiments called 'Hugs Needed'. And the winner is:


Well done Jackie! I'm extra glad your name popped out as I know you're shopping for a few people who are unable to get their own groceries - so perhaps this truly is Karma working for you. I know I probably already have your address but can you please send it to remind me to package and post your prize. Please send me your address, with your full name at the top as well so I can copy and paste or just write straight from the email onto the envelope - for speed and ease. It's also confirmation that you still would like the prize of course and I'll post your prize once we're finally allowed out to play again! Please put Playground Winner or similar in the subject line of your email in case it drops into my junk mail. Email address is on RH sidebar as always.
I have a strong suspicion that Len and I will be in the group deemed to be almost the last to leave lock down. But I have kept good records of winners so your prizes will reach you eventually!

Remember folks, there's still almost another week to run on Challenge #377 - you can find it HERE. The prize is Clearly Besotted's Rainy Day stencil with their 'April Showers' set of stamps and matching dies.
Dudley is doing fine, he has a 'cool mat' which we keep in his corner of the main bathroom as he likes to lie on the tiled floor in there when it's hot. Last night before going to bed, I popped my head round the door to check on him and he was lying quite comfortably with his head and top half cooling nicely on the cool mat, even though it's big enough for the whole of him to fit on. Earlier in the evening, when we were downstairs, he was doing his impression of a star fish in the tiled hallway. He's certainly not daft when it comes to finding cool places!

I think I may have 'sussed' why he sits on his hind legs when I'm grooming him. It looks like the little tinker has worked out that possibly showing his tummy like that means I can't reach the rest of him such as his back legs, tail and rear end! I'm not sure just yet about his motives so am giving him the benefit of the doubt - it just means more moving him around and tucking him under my left arm!

And here's the little scamp, grubby face from playing in the newly mown grass, late Saturday afternoon. Playing up to the camera - he knows I have one of his favourite treats in one hand, as well as the camera in the other. I know, I know - we have a special soft doormat kept warm and dry in the garage, for him to happily doze on in the garden (to the RHS of the photo) whilst we sit and ruminate over the day's events: 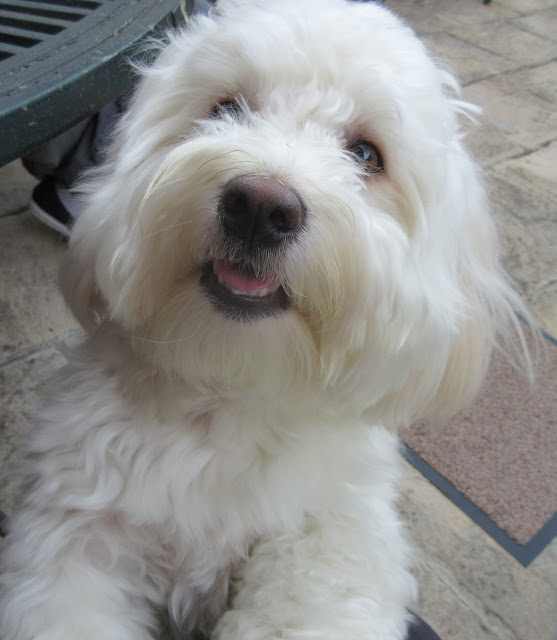 Love from Parsnip, a happy wave and woof from Dudley - and of course hugs as always from me. Stay safe - it ain't over until the fat lady sings!