Here we go again, still soldiering on and with more easing of lock down. We'll be watching the infection statistics with interest.

I'm seeing quite a few people's comments on blogs saying, quite truthfully, that they're scared to go back out into the 'open world such as it is', now that restrictions are being eased. I can empathise so much with that  - it worries me that all this might be a bit too soon and, for what it's worth, if going out at this early stage is going to stress you out - stay safely at home until things really do seem to be much improved. Not everyone is in the position of being able to do that I know - but if it's an option then stay home if you feel overwhelmed by venturing out. There again, I certainly don't wish to spent the remainder of my life locked in at home!

Finally got round to baking the cheese scones I've been threatening to make for literally weeks. Totally yummy recipe (BBC Good Food one) with a few tweaks by yours truly. The main one was to use buttermilk rather than ordinary milk and what a difference it seemed to make.

Here's my snippets card for this fortnight, and it has nothing to do with the prize(s) on offer this fortnight! Well, there is a very tenuous link but you'll have to read on to find that one out: 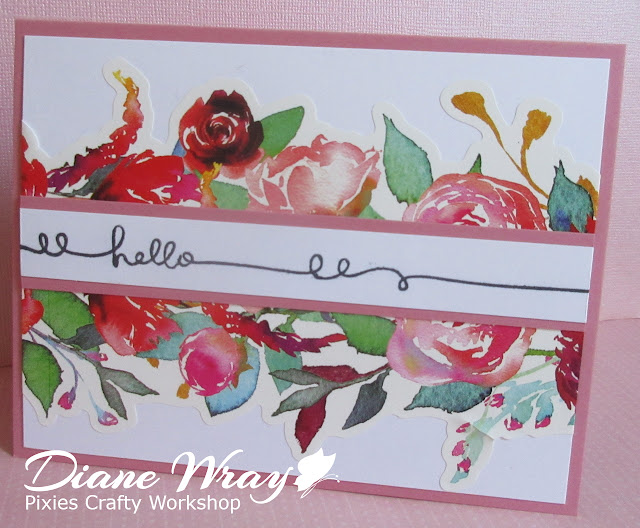 - a snippet of off-white card trimmed to 5.25" x 4" and with a faint pencil line drawn horizontally right across the centre

- I returned to the lovely roll of Altenew 'Vibrant Spray Die Cut Tape' (as I was making another run of cards to enclose with prizes) and cut a length of the die cut tape so that I had all the pink flowers in the pattern showing, to match the card blank itself

- then, I sliced the die cut tape piece horizontally right across the centre (ahem, at least as close as possible that is!)

- I wrapped the tape ends around the back of the white panel rather than trimming it but, in fact, trimming it works better as I ended up adding a strip of sellotape to each side at the back to stop the die cut tape from coming away from the card

It was fun to use the 'Vibrant Spray' tape a second way, and I have a couple of other ideas buzzing round - but I still like the original card which I posted HERE the best. I made six cards the same once again. The off-white card was lurking in the bottom of a box where I keep all my 6" square card blanks, as were the rose pink cards. In real life it does match the off-white edges of the die cut border very well. However, I have no idea what possessed me to buy rose pink card blanks in the first place so it was good to finally find a use for them!

And here's the tenuous link to the prize.  As I tidied my card making stuff away, I cleaned my stamp using one of these: 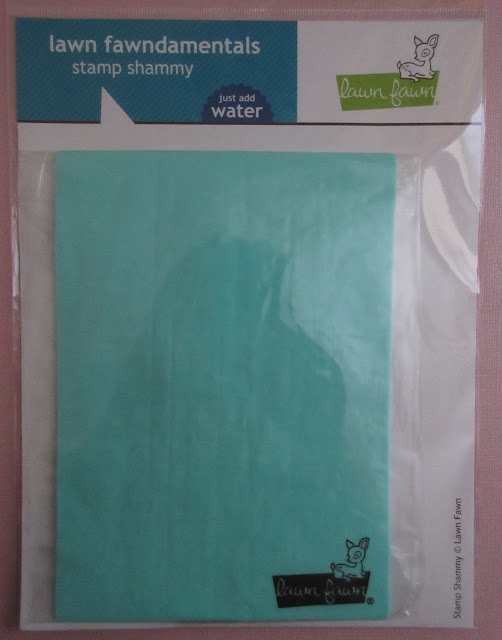 It's a Lawn Fawn Shammy - and there are three of these on offer. It's over two years since I first bought one and offered a couple as prizes so I thought it would be nice to offer three this time. Three chances to win has to be good! I love my stamp cleaning shammy and use it all the time. Sure, they end up stained but that doesn't affect the performance. I keep mine in a small zip lock bag in a desk drawer where I can easily grab it. No more stray bits of lint from baby wipes - hooray!

As always, the Snippets Challenge will run for two weeks and the Playground gates will close at 11am UK time on Saturday 13th June. The gates will open again at midnight UK time on the same day.

Dudley continues to be an absolute delight here, he's more loving than ever right now, although he still resists his daily grooming sessions - little tinker.

I managed to take this photo of him on Thursday afternoon, right at the start of his grooming session as he sat up and prepared to 'do battle' with me: 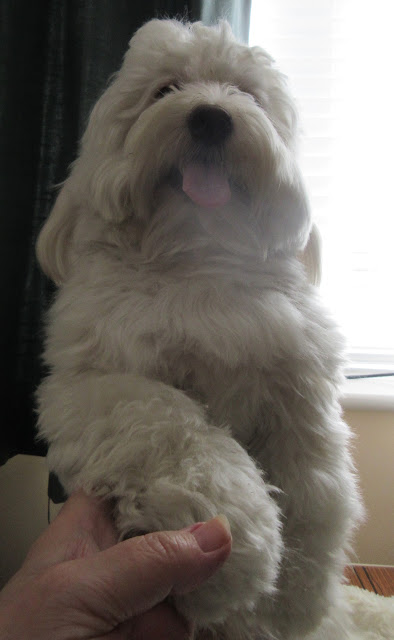 Unfortunately, he was a bit distracted by the fact I had my camera in my right hand and he began to 'wobble' a bit. He was perilously close to the edge of the table I groom him on so I did gently support one of his paws as he would have come a real cropper had he tumbled sideways! Normally, both paws are either down like his other paw is or raised like a boxing hare or kangeroo. When he's at ground level, dancing and wanting a treat, he sort of pirouettes with his front paws literally out sideways like a ballerina keeping her balance. He's a dog of many poses :)

Here's a photo of our favourite poppy in full bloom. There are too many buds to count - which is as well as they're gigantic pale pink Californian poppies and the petals are so delicate that it just takes one breezy day to almost decimate any open blooms. But their short lived beauty is a sight to behold: 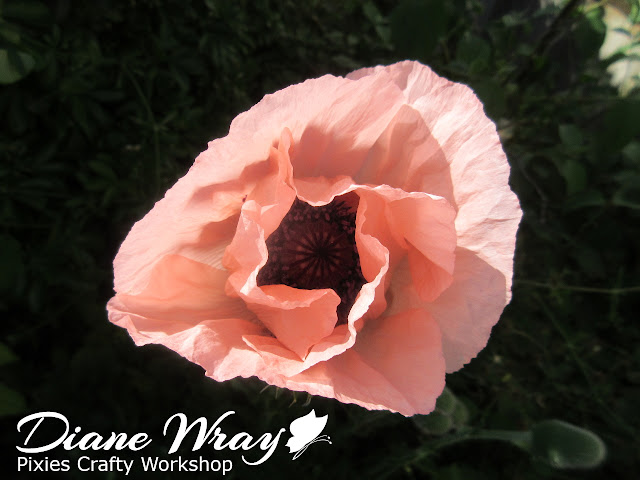