What a week! We've almost melted here, by day and night, despite having six fans running strategically placed around the house - basically they've just pushed the hot air around a bit most of the time.Dudley has coped in his own little way - we have a cool mat for him and he tends to seek out tiled floors to lie on a lot of the time. We've been sorely tempted to join him! Today is Saturday and thankfully the temperature has dropped a bit.

More about the little chap later, but let's first do the real Playground business starting with this fortnight's picks, and there are four as I really couldn't whittle it down to three: 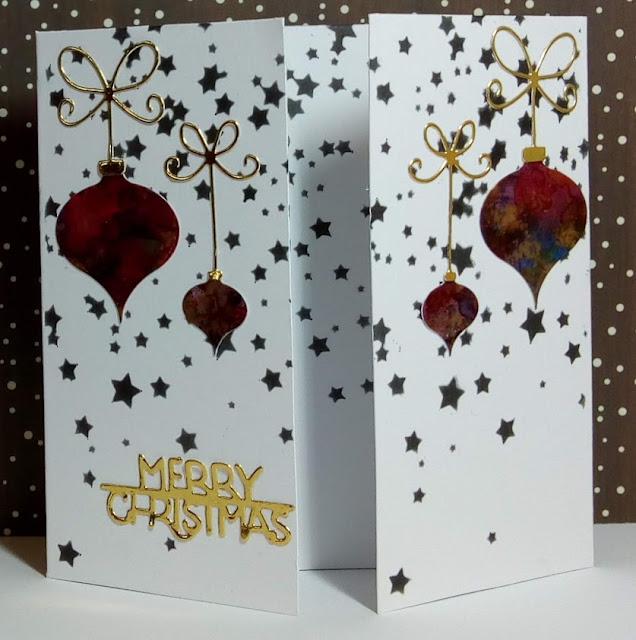 I absolutely love this card, made by Elizabeth! It's so elegant and everything is so beautifully placed and balanced. The baubles are snippets of alcohol ink pieces - so rich with the gold. Plus, I fell in love with the sentiment die and just had to run off and buy one, which I used on my Rudolph Days card - published on Thursday. Do hop over to Elizabeth's blog for a look at the inside of the card! 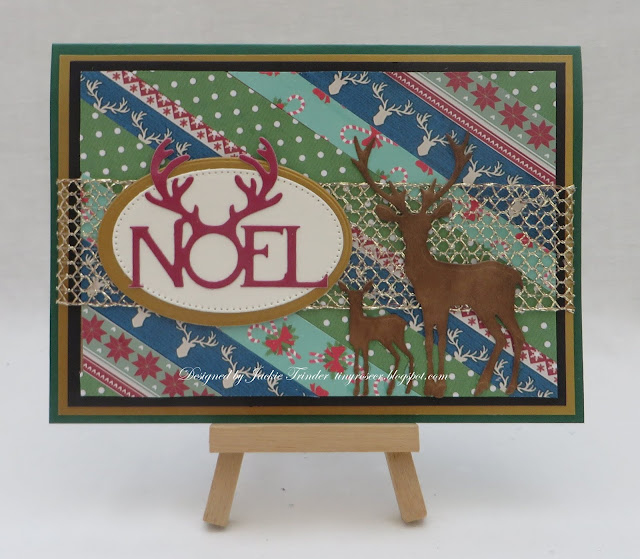 I know, another Christmas card - in this heat! I just love how Jackie T used strips of snippets for the background and how cleverly she used the sentiment die as well. Reflecting it in the sweet little reindeer she added. Jackie, and a couple of others of you won this NOEL Antlers die at Christmas here in the Playground - so here's a great idea for a way to use it! 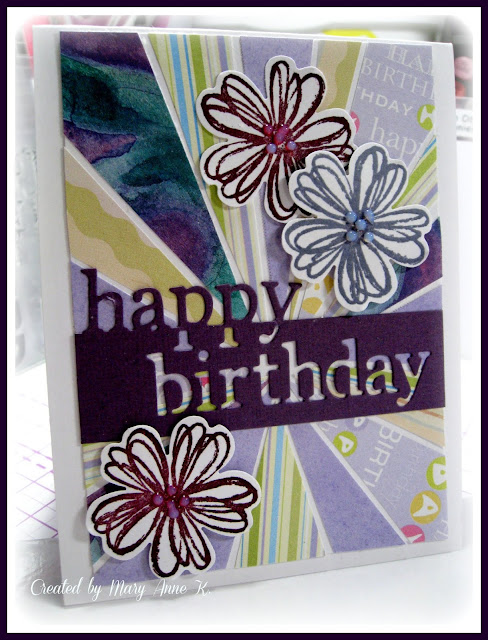 Mary Anne had been missing in action for a while but I'm so glad she's back again playing with us. What a great card and another super way to use up snippets. It's called the starburst or sunburst technique and is so satisfying to do. The basic part of it is to slice strips/rectangles of paper diagonally so you can build up the background - and the Mary Anne's placement and balance is just so perfect! Topping it with the flowers and a sentiment panel is a great idea too! 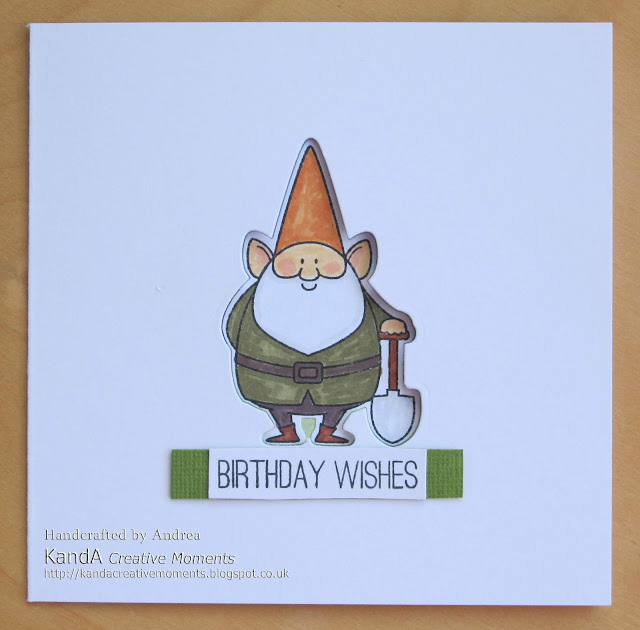 Andrea (aka KandA) came to play with this great card. I loved it at first sight - and then I realised just what she'd done! The front gnome is set into an aperture in the front of the card - and his pals are lined up inside, waiting to surprise you when you flip the card open! It's not for me to show but for you to go and see, very clever work, HERE!


We also had a new Playmate:
We had 52 entries, including Lucy - brilliant!

Time now for the prize draw which is for an Impression Obsession 'Kite' set of dies and a 'Your Next Stamp' set of two 'Cloud' dies, and the winner is:
Claire
Well done Claire! I know it's about two years since you very first came to play with us - and a quick check tells me that this just might be your very first win? So sorry it's been a long wait! I blame the random number thingy! Please send me your address, with your full name at the top as well so I can copy and paste or just write straight from the email onto the envelope - for speed and ease. It's also confirmation that you still would like the prize of course and I'll post your prize once I hear from you. Please put Playground Winner or similar in the subject line of your email in case it drops into my junk mail. Email address is on RH sidebar as always.

Remember folks, there's still almost another week to run on Challenge #357 - you can find it HERE. The prize is a Clearly Besotted 'Puppy Love' set of stamps with matching dies.

First of all, with the heat I haven't been too good at commenting on your entries for Challenge 357, but will catch up ASAP. I've been watching comments for anyone having linking problems though and have sorted a couple out.

Of course, it was Dudley's 1st Birthday on Monday gone - although I doubt if he realised it was anything special. Apart from his pressies and cards - plus another lovely pressie and card from his favourite Auntie SaRn (who is equally as bonkers as we are!). One of his pressies from us is a floppy 'dog toy' bear called 'Benjamin Bear' - and Benjamin has really long legs and arms and is actually rather large for a little chap like Dudley - but he adores him! So funny to see him carrying Benjamin around the house then lovingly giving him a good wash.

I did manage to take some photos during the week - the 'other' dog in three of them is actually a door stop that Dudley isn't allowed to play with but now and then he stops and has a little chat with 'Woody' - named by Len!

We also bought Dudley a 'doggie treat' Birthday cake - as yet unopened as he had a bit of a tummy upset on Tuesday after we gave him his worming and flea treatments. Not had that happen previously so it might just have been the hot weather. I'll take a photo of him with 'the cake' when we open it up - but if I do that now, he'll want some for sure!

Me, Di, had a docs appointment on Tuesday and the preventative meds are already doing their job and after four weeks had brought the uric acid levels down really dramatically, to almost half what they were. So, am now on an increased dose to reduce it further - taking it slowly and hoping that by increasing the dose gradually it will help to avert any major flares. How I long for a Marmite toastie - but they seem to be off limits for now, it's been months on end!

Love from Parsnip, Dudley - and of course me,