It's a bit late as I lost the recipient's new address, but the thought is very much there!

And so weird, I picked out a house stamp and set to making this card - only to discover I'd coloured it exactly the same as a previous card, with a red front door and also die cut using the same die set. But, the hearts coming out of the chimney are a new idea as is the sentiment ('Welcome to your new home' is just a tad too late!). 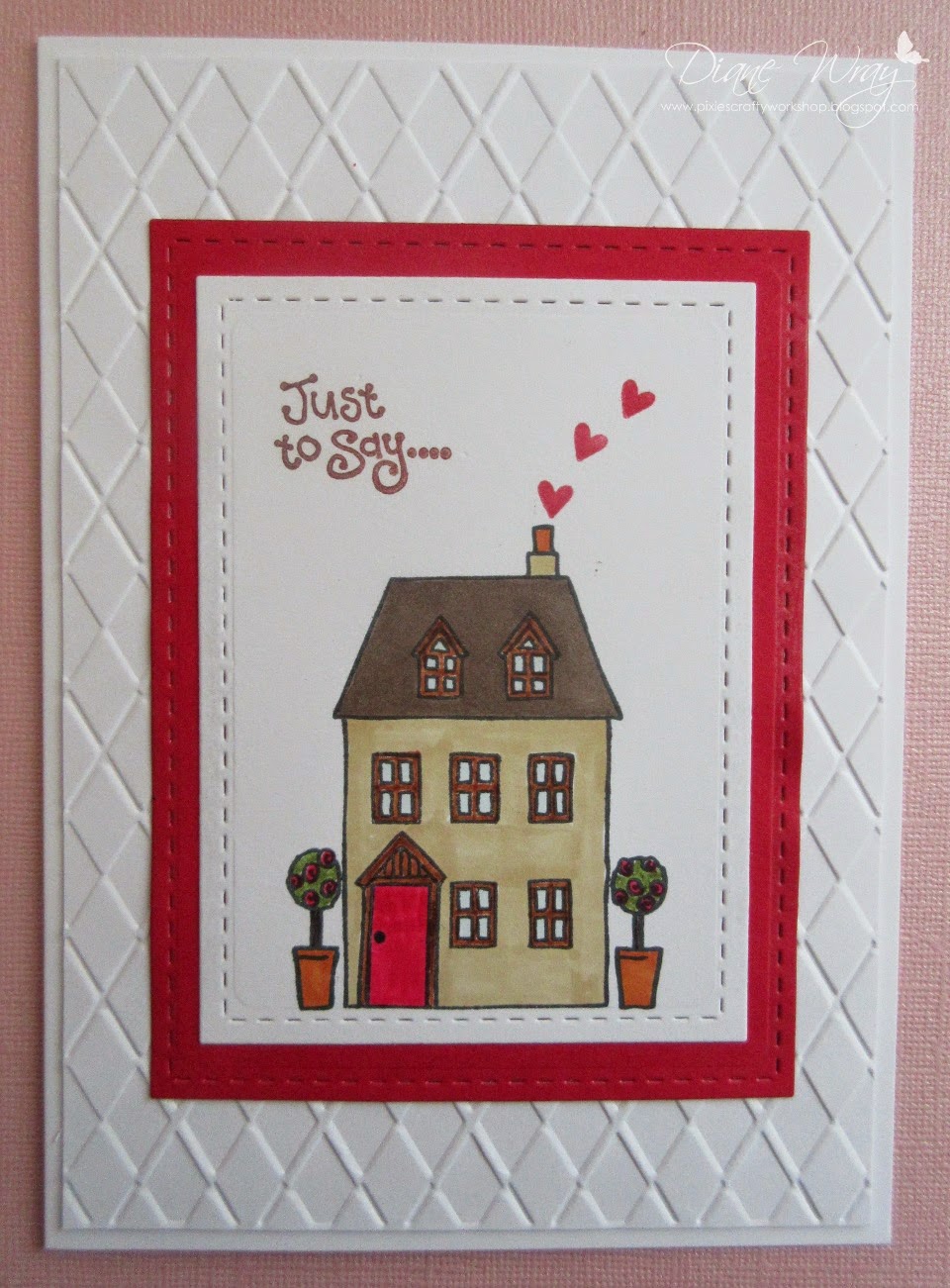 The three hearts are quite significant as this card will be winging it's way to a lovely young couple and their baby daughter.

The other day I got rather excited (once again to be honest!) over the Fiskars 'Compact Stamp Press' - and a few of you kindly commented and emailed me. I did subsequently find it on Amazon, shipped from the USA, but it's also in stock at Oyster Stamps (UK) for £9.99 and free p and p!! I think that's quite a bargain price, it arrived on Wednesday and am already totally in love with it :) Isn't it strange, I keep thinking that there can't be anything new left to play with in the manual tools line, and then along comes another surprise!

Snigger, the biggest surprise of all could be when the walls of this craft room suddenly explode outwards, due to the amount of schtuff in here.