If you live in the UK, remember to change your clocks (2am Sunday) - sigh, an hour's less sleep but the evenings will be lighter of course :)

My snippets card this week is also my second entry into Darnell's NBUS Challenge, where you have to use something for the first time. There are really generous prizes to be won and you have until 31st March to nip in with up to three entries. 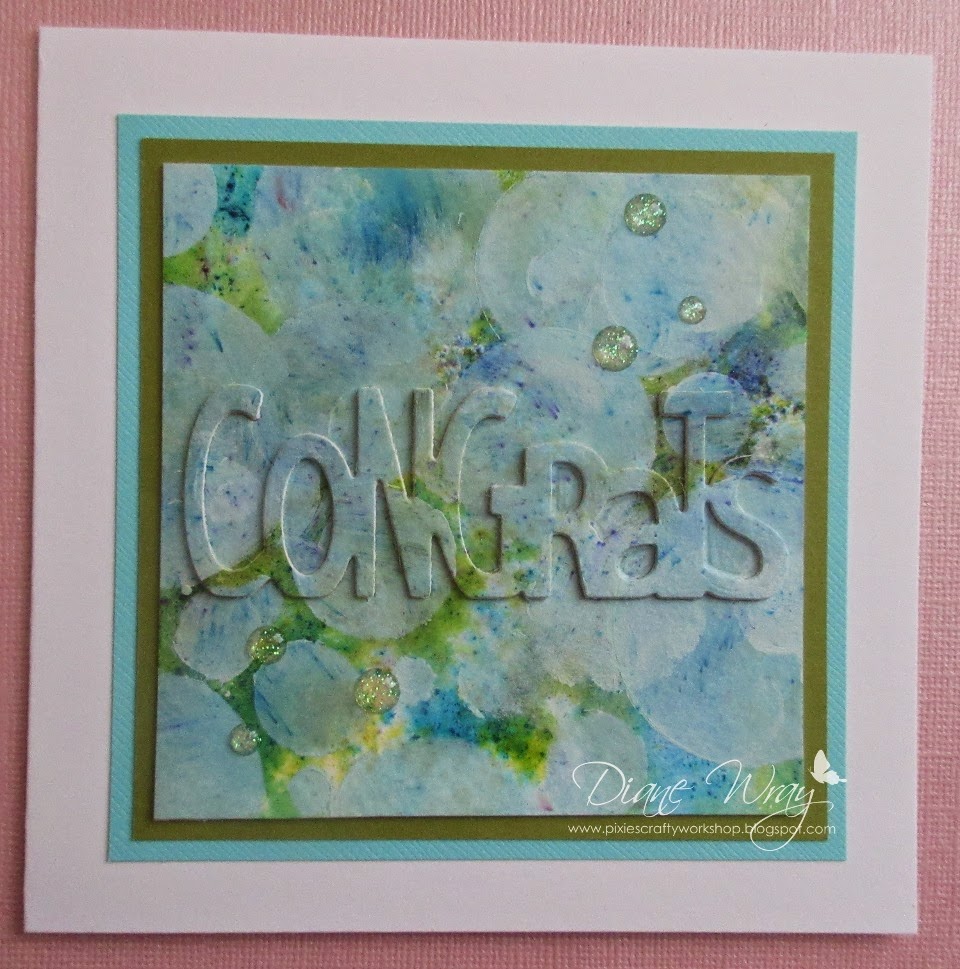 - the main panel was a lot of angst in some ways, made over a few weeks to be honest as I couldn't decide just where it was going - it almost went in the bin a couple of times! First of all I took a snippet of watercolour card and played around with blue and green Brushos. The result was much too dark so I put it to one side

- the next play was with a template of circles I'd made from acetate and a white stamping pad in an effort to emulate the 'bokeh' technique. Ack, still too dark and the white hardly showed at all so I put it to one side - agaaaaaaaaaaaaain

- then I spotted a lovely card over at Kathy K's blog the other week here and was fired up to have another try. This time I used a new stencil for the first time (a Clearsnap ColorBox Art Screen called 'Rounded' - I bought mine from The Stampman here in the UK). I stuck the stencil in place for the first pass but then wiped it and added more circles afterwards - using a foam makeup sponge and Daler Rowney's White Graduate Acrylic Colour. Finally things were looking up, albeit not as well defined as Kathy's fabulous work

- at this point I decided not to mess about with the background any more - always another day to try again :) So, I got out another NBUS item and proceeded to make a 'camouflaged die cut' word, the NBUS die I used is Sizzix 'Phrase, Congrats #2'

- I've explained in more detail how to do this previously - here. Basically you cut the die out of the coloured background and then cut (say) three more words the same just from ordinary card and layer them up into the die cut aperture you created before topping off with the top layer of the patterned word/ shape or whatever you're using. The main thing to remember is to keep any solid little pieces that might be cut from the top layer - on this card it was the middle of the 'O', the inner of the 'R', a couple of pieces in the 'A' and a bit within the loop of the 'S'. Do not throw these away - you'll need to add them once all the layers have been built up, they just popped into place down inside the letters at the same level as the background 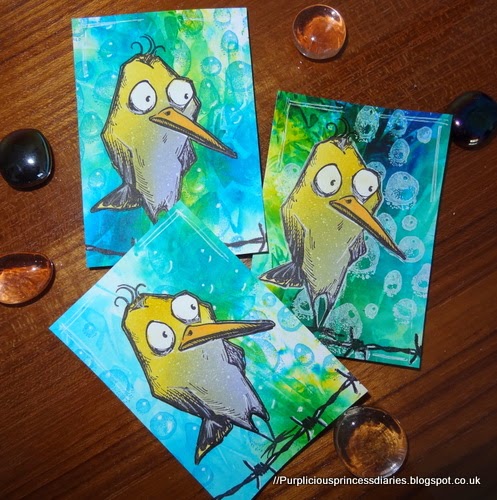 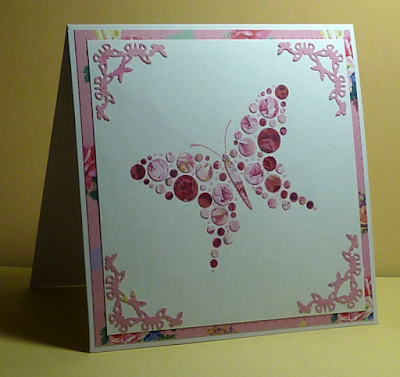 Just look what you can make with a variety of punches and some snippets! Kim brought this fabulous butterfly card to share with us. 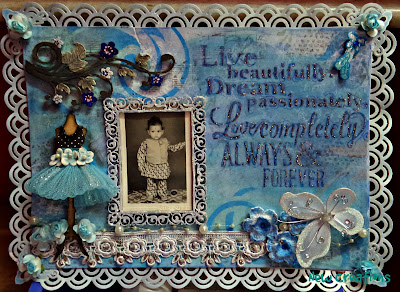 I immediately fell in love with this beautiful layout, made by Vinita. So dimensional and that little poppet in the photo is our very own Vinita, aged two - soooo cute! 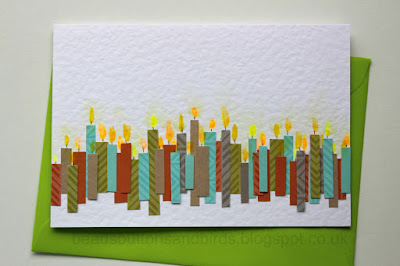 I love, love how Laura used little snippets to make this clever card - and all the details of how to make one the same are there on Laura's blog with step by step photos too! 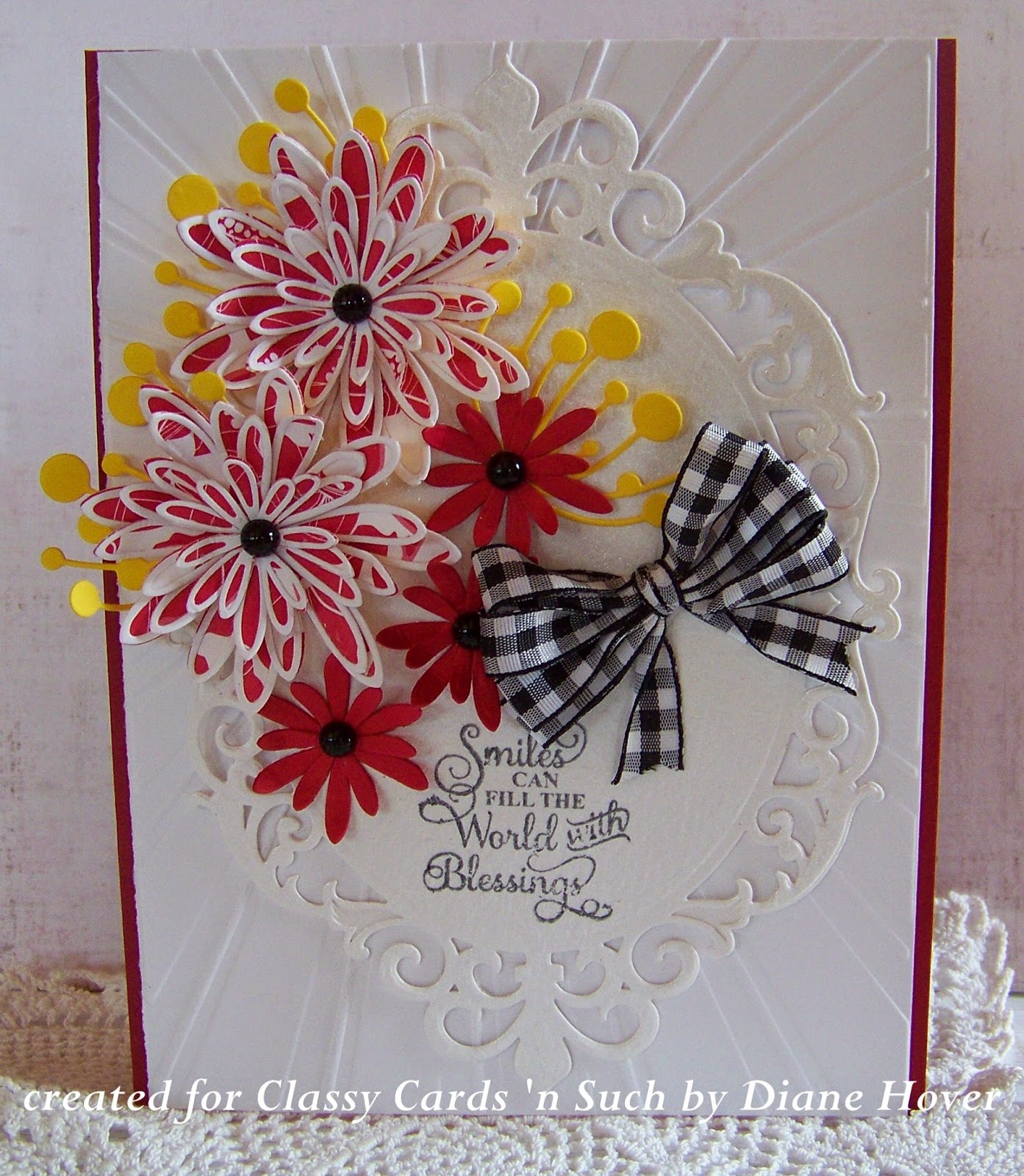 Diane H skipped in at almost the last minute, with this beautiful card - what a splash of Summer!

And the winner of last week's prize, the Dovecraft goodies of paper, doilies and felt embellishments kindly donated by Jane is:

Kath (of Handmade by Kath)
Well done Kath, I have your address here and will post your prize off to you during  this week.

This coming week's prize is linked to my snippets make for today: 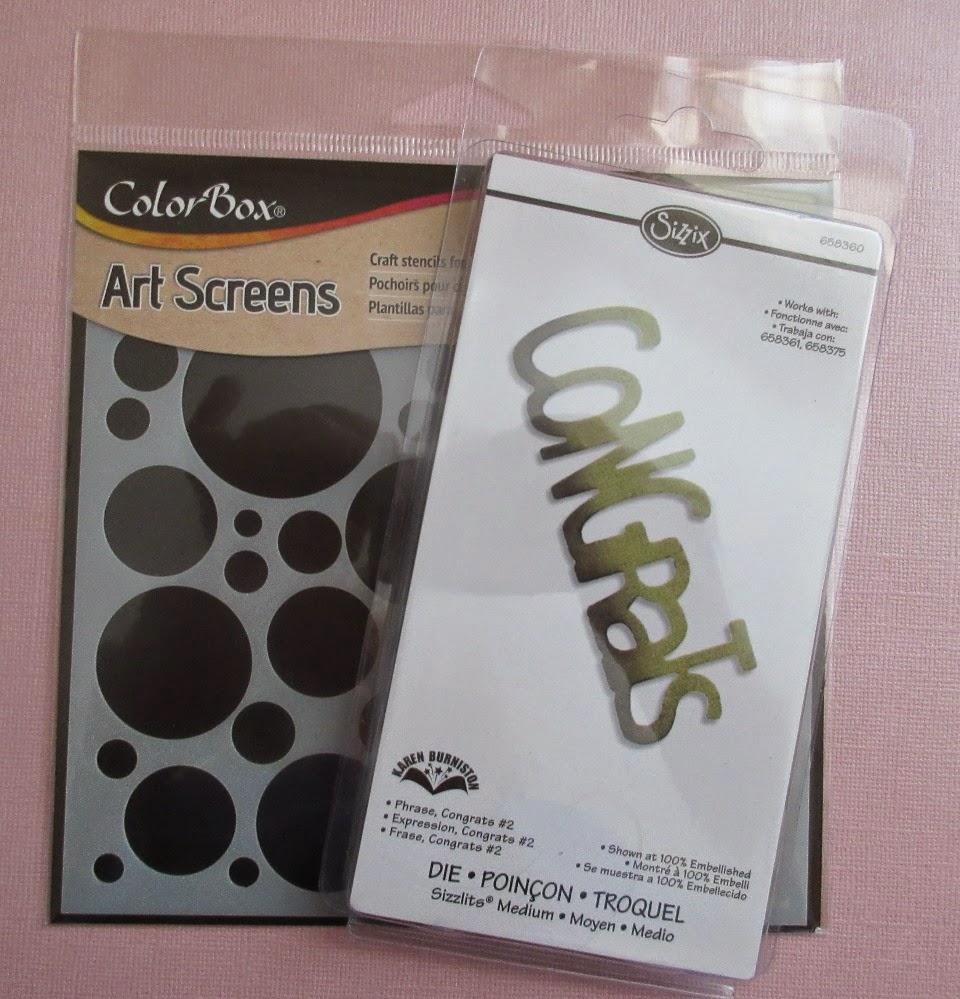 Yup, it's the same as the die and stencil I used today - no acrylic paint I'm afraid. It's bad enough not being able to send liquid goodies abroad but even within the UK they've cracked down. Certainly it's like a cross-examination whenever I go to the Post Office these days - I don't mind if it makes life safer for folk but it does curtail some goodies I'd like to offer as prizes here.

The Snippets Challenge will run for one week and the Playground gates will close at 11am UK time on Saturday 4th April (Easter weekend folks!). The gates will open again at midnight UK time on the same day.

Maximum of three entries and please say 'Yes please' (or similar) in a comment if you wish to play and be a possible winner of the prize. If you only fancy one or other of the items in the prize then just say so - I could then do a second draw for the other part, but the two items are up for grabs as one prize!