If this card looks very much influenced by some of those that Irene makes, you wouldn't be far wrong: 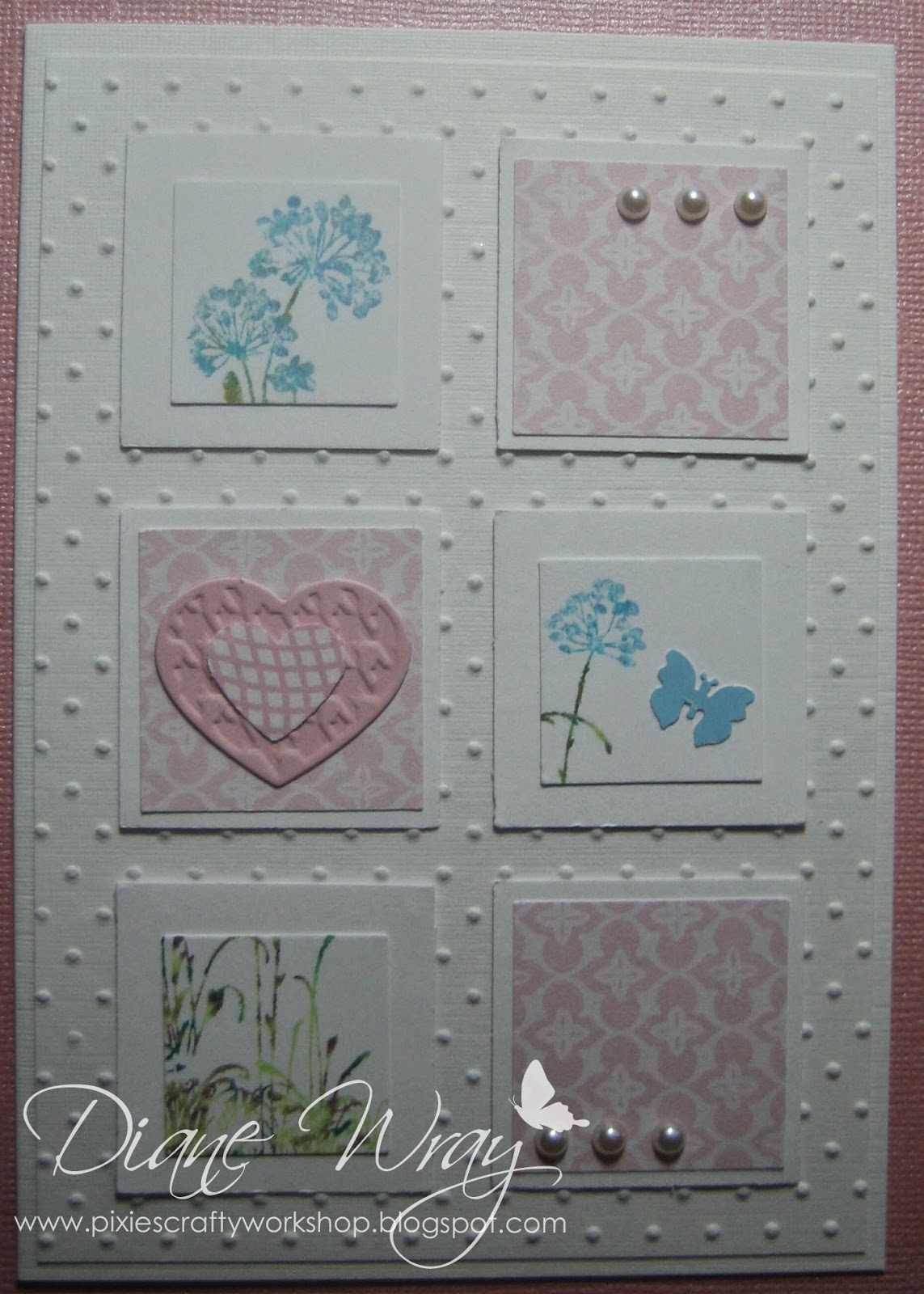 Last week I had a couple of very welcome telephone conversations with Irene - what a lovely person she is too. We spoke firstly because I'd bought a Stampin' Up 1" square punch and then realised that Irene uses their 1.25" punch. Guess what, it's been discontinued :( Why, oh why, does that always seem to happen to me. Then we got talking about how Irene colours her stamps and gets such lovely results - I picked up a secret but that's for Irene to disclose, it works brilliantly! My first attempt was a bit 'iffy' so it was put to one side ready for another try.

Then, a lovely selection of punched papers and card arrived through the post from Irene, so yesterday I had a little play and came up with the card above.

- six white squares and three pink patterned squares plus the pink hearts and a teeny blue butterfly, all from Irene

- some white pearls to finish off

I tracked down SU's 1.25" square punch on a USA eBay site. Brand new ones to be had - at approximately $60 including postage! Guess who had to be revived and has gone back to the drawing board :(