Some days I want to have a quick play making a card without using loads of tools. For this Christmas card I just used my Tonic trimmer (and some glue): 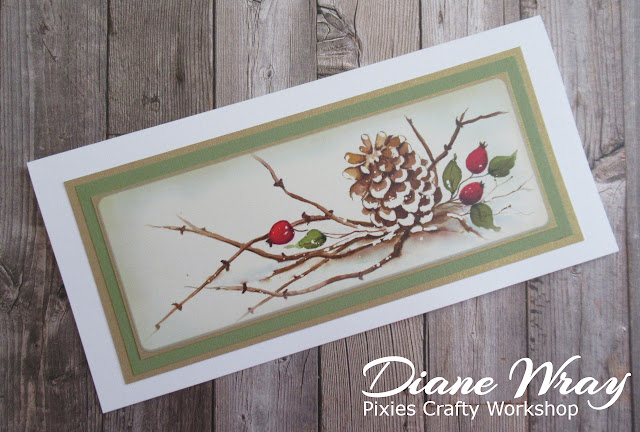 - Penny Black Stickeroo from the 'Berry Delight' sheet of stickers

- no sentiment added as I think the image speaks for itself

Made in a jiffy! These days, I tend to pop all the stickers from a Stickeroo sheet straight onto toning backing card for future use, then roughly trim them so I can just flick through the pile. I leave plenty of surrounding card per sticker so that they can then be trimmed straight or die cut to suit.

Oh, and I write on the back of each image which sheet they came from for when I write a blog post, often months later!

On the subject of tools, I managed to 'win' a Cuttlebug machine on eBay last weekend. Opened it the other day to have a play and was quite stunned. I reckon it had just the one freebie die run through it, once only from the single score mark on a cutting plate! The machine and plates are otherwise pristine and shiny new - even the free embossing folder was unopened in the original box. It cuts like a dream, as Cuttlebugs always do in their 'youth'. Talk about falling into the river and coming up with a salmon in each pocket! For once I really did hit lucky!