I'll be 'gnome' for Christmas

The title of this post is a sentiment in one of the stamp sets I used for these cards: 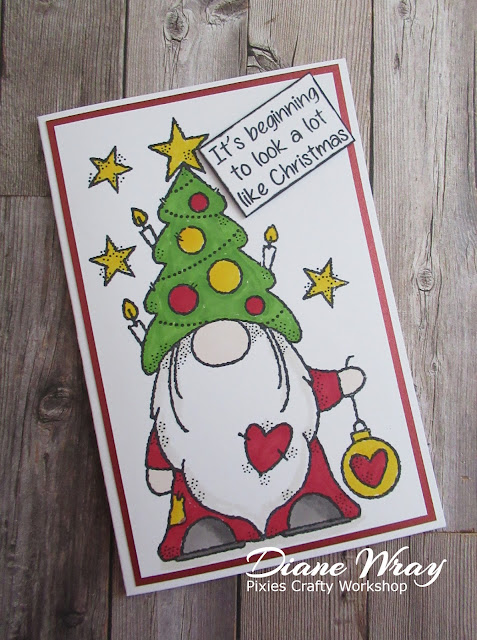 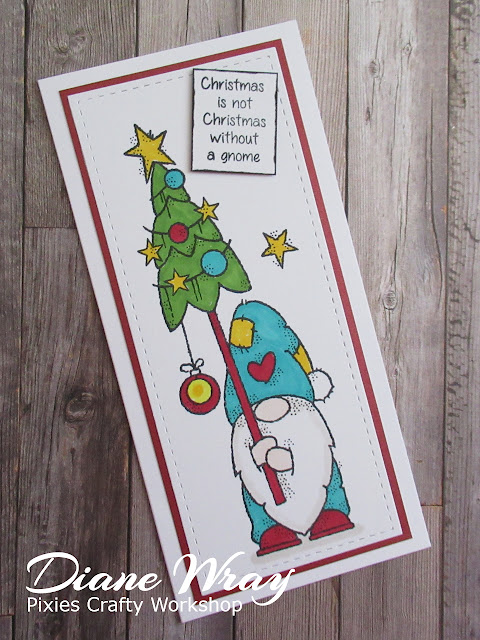 - for the A6 card just trimmed it to suit and added a narrow backing of Tonic pearlescent 'Red Velvet' card (snippet!) before then gluing it onto the card front

- for the DL card I die cut it to size, using a die by Creative Craft Products from their Slimline and DL Nestabilities range, called 'DL Stitched Straight Edge' die set - I used the second largest die in the set

- added a narrow backing of the same red card as for the A6 card (I had taken time to match the card and a red Pro marker for colouring the image). Then glued it to the card front

- all that was left to do were the sentiments that I'd already stamped along with the images, so I trimmed those right down, ran a black marker around the edges then stuck them in place using thin sticky pads

I do wish the camera hadn't turned the lovely bright golden yellow of the stars into a mustard shade, as well as 'fading' a perfectly stamped sentiment where the light was streaming onto the card, sigh.

I would like to enter my A6 card (hard choice, as I do quite like both of them, more so in real life) into the following challenges:

Christmas Kickstart Challenge #61, where the theme is 'From My Gnome to Yours'

Thanks for calling by! x