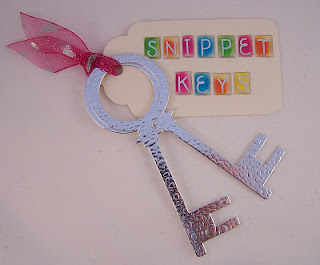 Still no real sign of Winter just yet (vests and Liberty bodices spring to mind!) but Christmas is certainly peeking over the horizon so, perhaps once December arrives, Jack Frost will also put in an appearance.

First of all, the picks - and we have two cards as one pick first: 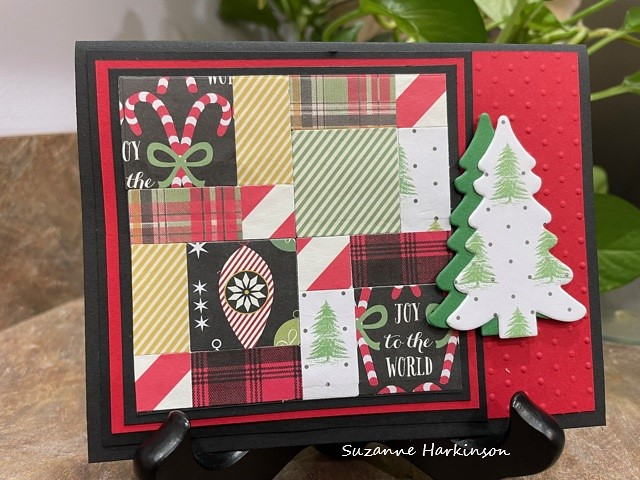 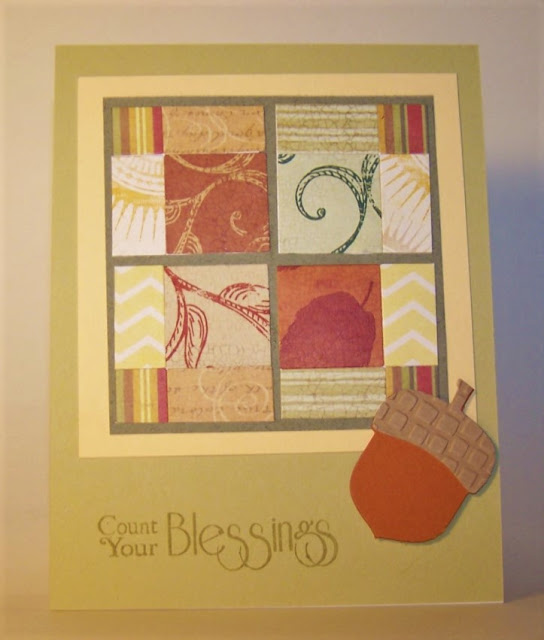 Two Playmates joined in this challenge with cards showing 'Disappearing Nine Patch' cards - a technique I subsequently found beautifully shown and explained in a SCS tutorial HERE. It's absolutely fabulous I think, very clever and so perfect for using up snippets. I had to let you see both cards - in fairness to the girls who made them - they're both beautiful and yet quite different. This seems to be a real trend sweeping across a few challenges right now - I love it. The cards were made by Suzanne and Sandy. Well done girls! 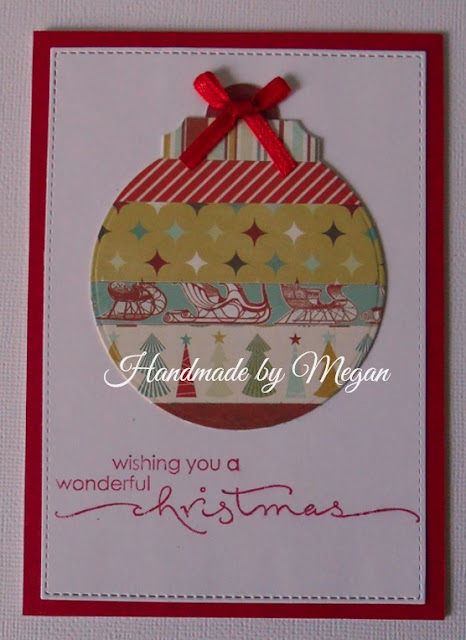 Megan, above, had several snippets cards in one post using strips of patterned papers inside various shaped apertures and this is just one of them. They're all fabulous and do please go and have a look HERE for some inspiration. I love all of them Megan!

I immediately loved this card, made by Inkami (Franka). As Sarn rightly said in her comment, it's difficult to pull off the 'balance of striking as well as intricate' - and this card is a beautiful example of what a lovely die, carefully chosen colours and an eye for design can achieve when you're using up snippets.
Two new Playmates this time:

What a lot of fabulous inspiration from everyone, both new and existing Playmates - thank you all so much.

That's my picks from Challenge 415 in the Playground and I've stuck to the three picks limit, plus our new Playmates, very tough choosing - as always! We had 51 entries in total, it's so good to see the number of entries looking so healthy.

Now for the prize draw which is a Penny Black slapstick/cling stamp called 'full of glee', kindly donated by Darnell - and here's the winner:

Linby
Congratulations Lynn! I'm pretty sure this stamp will make an appearance before too long on one of your DT projects. Please send me your address, even if you know that I know it already, with your full name at the top as well so it can be can be copied and pasted for speed and ease. It's also confirmation that you still would like the prize of course.  Please put Playground Winner or similar in the subject line of your email in case it drops into my junk mail. Email address is on RH sidebar as always.

Had a quiet smile here, Darnell's name popped out first - the giver of the prize in the first place ☺

As soon as I have your address Lynn, I'll pop your prize in the post the next time I'm out giving the car some exercise.

Remember folks, there's still almost one more week to run on the current Challenge #416 which you can find HERE. The prize is already proving to be very popular - it's a Pink Ink set of stamps and matching dies called 'Pigs Might Fly'.

At the moment, I don't know if Scrappy Mo will be running her Rudolph Days challenge this month (usually from the 25th) as her husband is recovering from a quadruple bypass. I suggest you keep an eye on Mo's blog HERE. My card is all ready and waiting but Al's health as well as Mo's own well-being must come first.

We had a Sainsbury's delivery during the week and the delivery man heard Dudley 'singing' to him from the top of the stairs and called up 'Where's your honking duck today little fella?'. He'd remembered that Dudders brought his duck down to show to him. Dudley's 'singing' is preferable to him barking when folk are at the open front door here - it's a cross between yodelling and varying notes of a sort of doggie song.

I was finishing off writing this post yesterday afternoon (Saturday) and Len reminded me it was time for Dudley's quarterly worming tablet. Something he hates and we dread as it's such a struggle - we've tried all disguises for the wretched pill and sadly even stinky blue cheese, which he loves, doesn't fool him. Len went to a high level drawer in the bedroom where 'special treat time' doggie choccie drops are kept hidden - Dudley was sitting on our bed being nosy as usual of course. As I moved onto the landing to go and help Len with the 'administering' I was almost bowled over. Dudley literally flew through the air off the bed, charged right past me, scampered down the stairs and belted into the lounge to hide. We both stood open mouthed thinking - 'what just happened?'. All we can think is that he associates choccie drops with medicine - right from three months ago - and he was having none of it. I almost cried laughing - it's about the fastest I've ever seen Dudley move! So far we haven't made any move at all to try again.

Only 15 minutes earlier Len had had to wake him up and carry him down to the garden for the toilet (ie. poo time) before rain arrived - and I took this photo. He was so sleepy and just dangling like a limp dishcloth and  that's Len's hand you can see under his chest/tummy to carry him:

His legs and tail all seem to have merged into one another - but the grumpy sleepy look on his dishevelled face tells the full story!

Right now though, the little guy is 100% wide awake and on high alert! No worming tablets today, thank you very much!

Edit - Len caught Dudley almost unawares just before bedtime, popped the pill in and gulp, down it went without a battle, for once - hooray!

Love from me - and a 'high-five' plus a woof from Dudley,