Birthday cards for Livi and Josh

I suddenly realised I needed three Birthday cards in a real hurry so LOTV Art Pads came to the rescue for two of them. Both cards are very similar in design, which certainly sped the whole process along:

Livi is still playing football and, even though she now has a really cute pixie cut hairstyle, I thought she'd like this card: 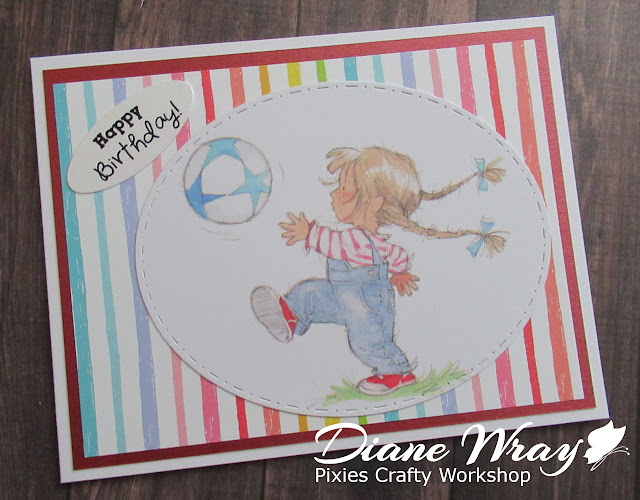 And Josh is at the age where I've previously covered all his interests - perhaps someday he'll take up fishing though: 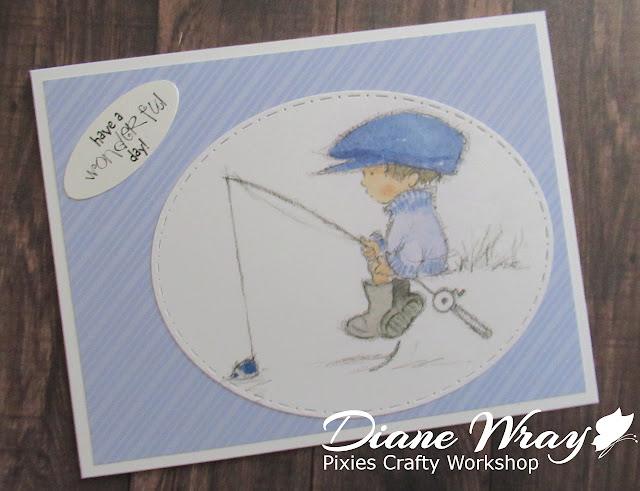 - used patterned papers from the Lawn Fawn 'Really Rainbow' paper pad for both cards (Livi's also has a border of pearlescent 'Red Velvet' card), trimmed them and glued in place

- glued the image ovals in place

I whipped these cards up in no time, once organised  - time was getting short to post Livi's to Germany and it's amazing what you can do when a timescale is snapping at your heels! I rarely resort to ready made images these days but they can be a real lifesaver. To be fair to myself, it's a bit of a trial lifting things around and hunting for stuff - even though it's pretty well organised - so making cards isn't so easy physically as it used to be. Sigh, comes to us all though and I'd rather be here still, albeit struggling and groaning/creaking at the seams at times.