I'm sure some of you know that I'm an avid follower of Helen, over at It's All Fiddle Fart - since well before I even thought about having a blog. I think she comes up with great ideas and this year she found some 'Fingerprint Robin' stickers that I fell in love with - they literally are the size of my small 'pinky' fingerprint. Helen has already been using her stickers brilliantly but I thought it only fair to not do a direct CASE but to try to put my own spin on the little critters: 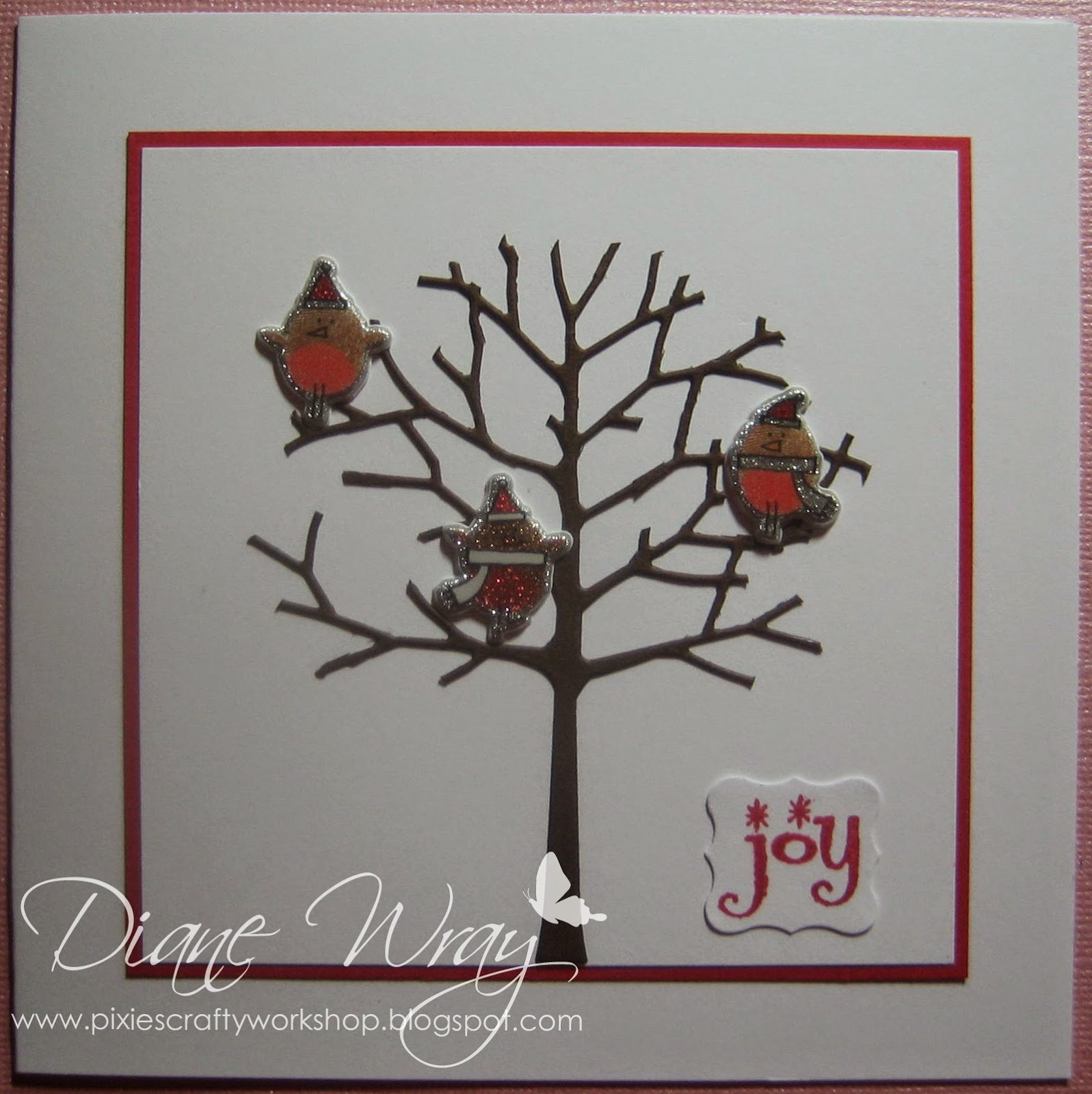 - a snippet of brown card which I then die cut for the tree. Now, I wonder if anyone can guess which Memory Box die I used? Answer is at the end of this post

- the sentiment is by Personal Impressions from their 'Many Greetings' set - stamped and smudged using SU 'Real Red' ink. That meant I had to restamp it onto a little snippet of white card, punch it using SU's 'Petite Curly Label' punch and cover up the boo-boo

These would be such fun to make in batches, but I'm slowing down a bit on card making here. Partly because I've almost hit my Christmas card target (and will have cards left over for sure), but also as there just aren't enough hours in the day right now between preparing for Christmas, keeping on top of the Playground and various other little things that are going on.

Almost forgot, did you guess which Memory Box die I used? It was this one: 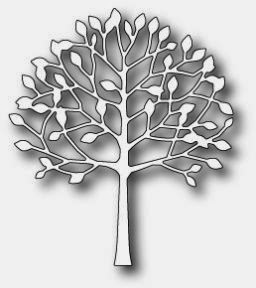 Yup, the Memory Box 'Arboscello Tree- which I die cut and then just carefully snipped all the leaves off.
Di
x
Posted by Di at 00:00