Having missed playing over at Less is More a few times lately, and even though it's a 'One layer' week (which used to terrify me), I made sure I found time to join in: 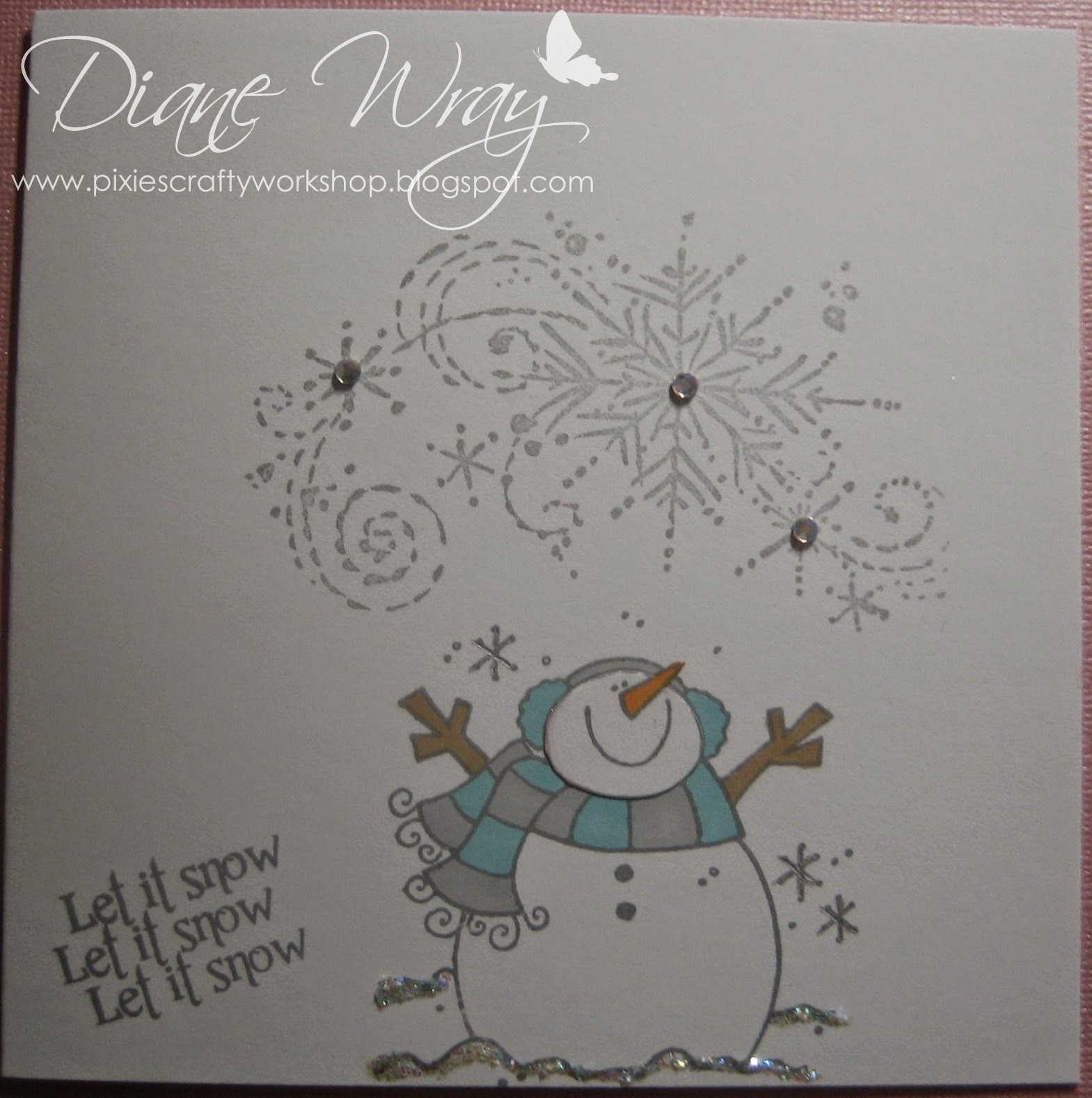 - the snowman stamp is by Penny Black and called 'Warm and Cold', stamped using Memento 'Gray Flannel' ink then coloured a bit with Pro Markers. Shame on me (yet again!), I bought this adorable stamp almost half price in Hobby Lobby with Kay in New Mexico, over two years ago now and this is his first outing

- the snowflakes above the little chap (I think he looks as if he's juggling!) is stamped in Encore Silver ink using a Stampendous stamp called 'Snow Swirl' - with just a few sparkly gems added

- sentiment is by Personal Impressions from their 'MAny Greetings' set, stamped using Memento 'Gray Flannel' ink

I do like Memento 'Gray Flannel' ink for stamping certain images, it's softer than black, as well as still being Pro Marker friendly.

That's it from me, short and sweet today! Aw, bit like that snowman :)

Whoops, almost forgot! Apparently the eye virus is subsiding, medication has been cut down to three times a day instead of five - and I don't go back to hospital for another two weeks. Yay!