The current challenge over at Less is More is to use three of something on your card: 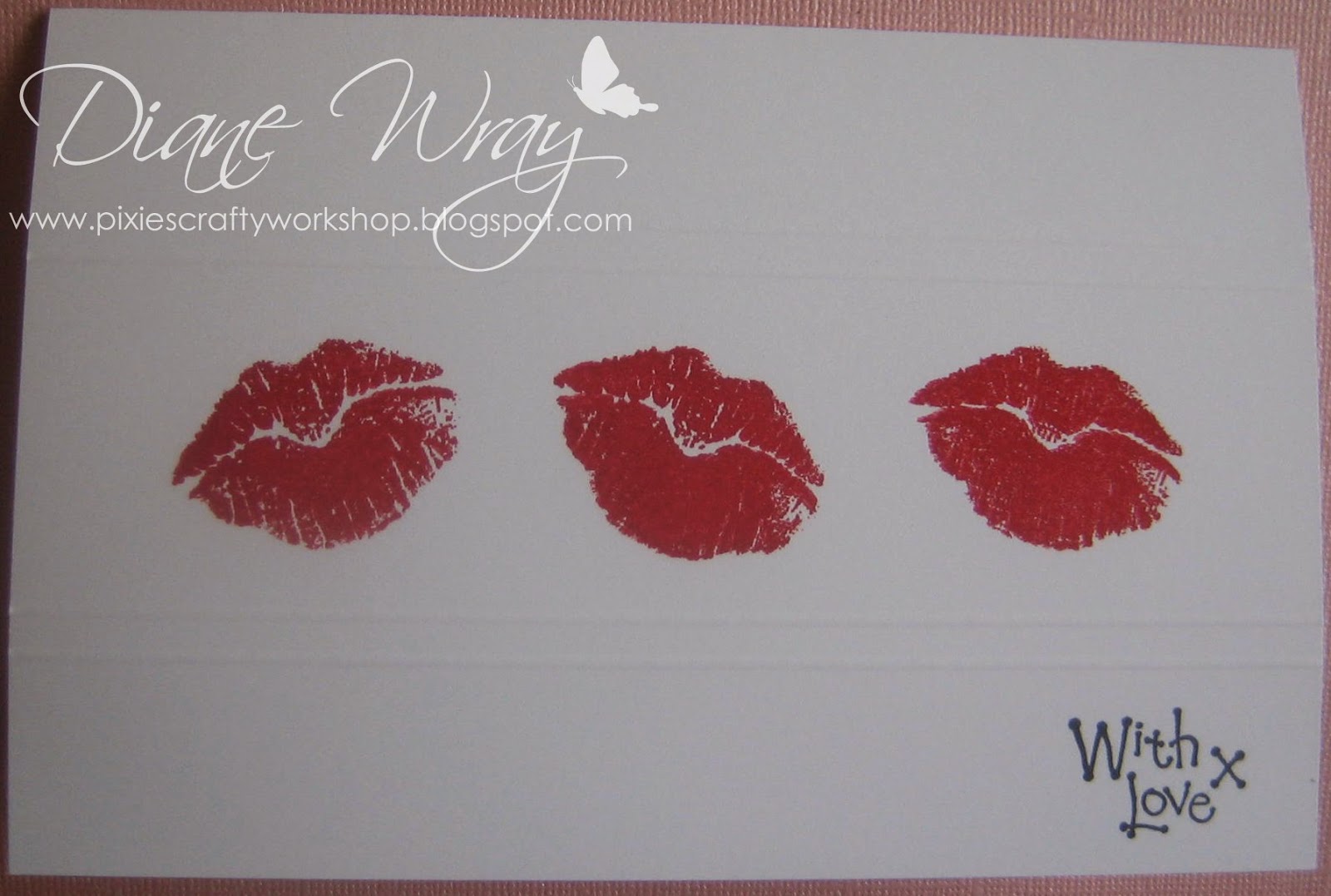 - stamp by Stampabilities called 'Kiss', stamped three times using SU's 'Real Red' - I deliberately tried to make the three 'pucker marks' slightly different 'cos that's how they would be in real life ..... ask me how I know :)

Not sure if it's me but a lot of Less is More entries are becoming a bit more than less - can't be picked up for that with this one though :) In fact it was almost embarrassingly quick and easy to make.

I did giggle, my 'in-house critic' said 'Well, who could that be for?' as he often does when I've made a card. I smartly replied that I'd keep it for him for next Valentine's Day, so he had to forget about it and act surprised next February 14th :)