So pleased you dropped in, do remember that Mr Linky for weeks 265 and 266 is HERE and it runs for a further week since we switched to fortnightly challenges.

Some of you have have already said you would like to have a go at being a Guest Designer (GD) - also to be known as a 'Parsnip's Prefect', suggested by a certain scallywag - and I thank you so much for that. I'm thinking that it would be good to feature a GD (using snippets with flair/aplomb/inspiration) on this bi-weekly post in future so we'll kick that one off in two weeks time as I didn't want to rush anyone.

Please, please remember - this is a fun challenge. Never be afraid to put your hand up and say 'I'd like a go Miss'. We don't 'judge' one another in any way and I truthfully don't know of any other challenge with such a happy band of Playmates. In fact, I do know of some which come very close - but, to me, there is a beating heart in this Playground - and it's not just mine/Parsnip's. It's a whole load of little pitter patters of hearts, snuffles and snapping of knicker elastic as tisssues are removed from knicker legs - yup, I did that one as a kid too!!  Plus scuffles, paper rustling and sharing of sweeties plus tinkling bottles of course!!

For this post I've picked someone deserving of a Gold Star who used snippets really effectively (and using up snippets is the whole point of you coming here, although the way snippets breed I suspect it's a losing battle!). I need a snippets Gold Star badge - help! This won't necessarily be a fortnightly thing, but pretty often there is one entry that just leaps out at me as being extra-special - and this is the one from Weeks 263/264: 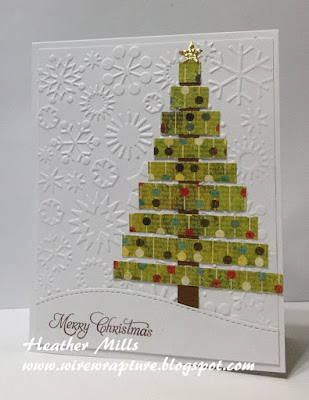 Made by Heather - and there are other great ideas over in the same blog post so do go and take a peek please!

Now for our peek at the other picks: 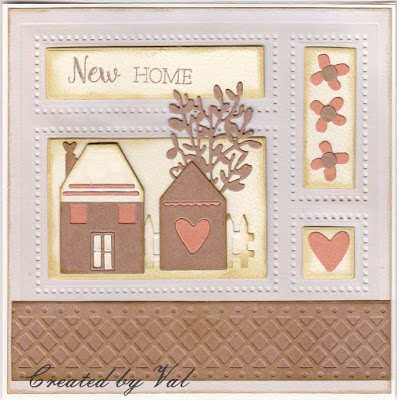 Val made this fabulous new home card - using just part of the Christmas Shadowbox die set she won in the Playground not so long ago - as well as using lots of snippets to create the adorable little die cuts. 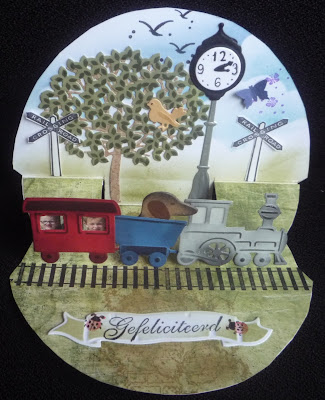 I love this scene, created by Lia. Plenty of snippets used for all the little elements too! See the little faces peeping out of the carriage windows as well? :) 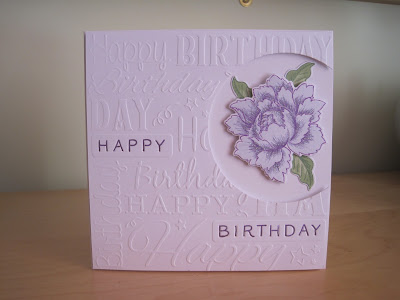 I've chosen this super card, made by Carole D, because of course it uses up a white snippet for stamping the flower - and also because I think the cutaway semi circle for the flower to nestle in is such a great idea! Carole made two others in different colours for the flowers at the same time BTW. 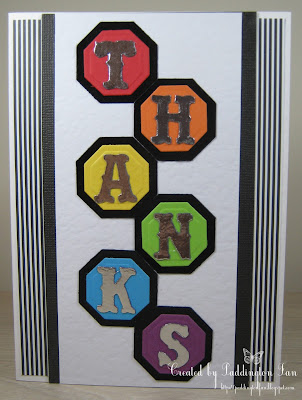 I was going to stick with three picks but had to include this one, made by Jackie (Paddington Fan). So much impact and a really great way to use up little snippets as well. This is one idea to keep in mind for those tricky cards for fellas!

That's my picks - as always a very hard choice! We had 71 Playmates joining in this past fortnight - with two new little friends joining us:
Welcome girls! Hope you came back and play with us again :)

Prize draw time now and our winner of the Marianne Design Creatables - Shoe die (LR0291) and the Docrafts - Xcut Embossing Folder - Wicker is:


Well done Tina! Can you please drop me an email with your address in and I'll post your prize off as soon as possible! My email address is on the right hand side bar.

Well, that was a bit easier for me. Not the rush to do the post immediately the gates closed, not as many picks I'm afraid as that was adding a fair bit of time to the work doing a write-up each week, and as suggested by Sarn I haven't delved back through old posts and my own records to work out when the prize winner last had a win. I've also not spent lots of time chewing over how recently I might have featured someone chosen as a weekly pick. It's great to spread the love but in terms of back checking 'who featured as a pick when' it was unmanageable so without resorting to random
selection I've just gone with what I feel is right.

Talking of random selection - guess whose number was actually first out of the pot for the prize? Janice - she who actually made the card which started it all off - couldn't make it up could you! Do the Lottery kiddo :)

Keep those snippets entries coming, you still have a week left to play remember!

Love from the little white peril and me

What lovely snippety makes you've picked out from the last two weeks Di and congratulations to Tina for winning the prize. I'm glad the changes are spreading the load and making things much easier for you too. x

LOVE the snippets Christmas tree card by Heather. That is INSPIRING! Congrats to all the picks ... amazing job by everyone! So happy this new format is making your life a bit easier, Di! xx

It is really fun to see what people are making with their small snippets!

So glad things are working out easier for you mate.
Great picks, especially Heather's gold star.
Congrats to Tina on her win. Waving hello to the newbies.
Just off to put the empties into recycling, see you later.

Congratulations to Tina and to all picks.
Valerija xx

Gorgeous selection of snippets :-) Congrats to all xxxxx

Thanks so much for featuring my card as one of the 'picks' and well done to the other folk too. I'm off to gather a few snippets together - what better activity on a wet and dreary Sunday morning??

Well done to Heather for getting a gold star - that was a brilliant way to use up those little snippets. Well done to the other picks too, congrats to Tina on her win and a big wave to the new Playmates
This does seem a much better way to do things Miss Di, besides being a lot easier on you it's a lot easier on Parsnip too - I even saw him finding time to have a little nap under the Treehouse! xx

Hi Miss Di and the lovely Parsnip.
Congrats to all the featured cards, and the the winner Tina.
As usual all cards that were entered were so very inventive and wonderfully desiged too.
It just amazes me the wonderful and super designs carfty people come up with.
Lots of crafty love. Jenny L.

Cool great work there Miss, well done on your choices and congrats to snippety folk who were chosen. And special congrats to Tina.
Thanks for sharing so faithfully.
Shaz in Oz.x

Congratulations to Tina and also to your top picks. Some great work. Barbxx

ooo, happy dance :)))))))))), thank you so much for the great prize!
top picks are simply stunning, excellent work with snippets :))).
have a great week!
hugs xx

Thanks so much for picking my card for the gold star!!

Some fantastic picks and Heathers card is a brilliant idea (why can't I think like that)
Have a great week.

Wow, so many gorgeous snippets cards! I can see why they are your favourites! Congratulations and well done, ladies! And congrats to Tina on the win! It's your challenge, Di, and the picks should be your favourites so don't worry about spreading the love, follow your heart! You have lovely taste!

Thank you so much Di for picking my card. It has been so much fun making it!
And by the way: if you need more GD's, I am in for it.
Have a nice day,
Lia xx

I love your picks as always and you do get some wonderful entries. I'm glad you were able to come forward and move this to by-weekly. It's so much easier for you and not so stressful. It is suppose to be fun, not work!

Thank you so much for choosing my card as one of your top picks this time - feeling very honoured!! Congratulations to Heather a well deserved gold star, and to the other top picks. I love the way everyone has such different styles - so inspiring. So glad that this format is easier for you Di - you deserve a really BIG gold star,
Have a good week, Love Jacky x

Just playing for fun this time around

I always enjoy the playground picks because there is a wide variety of subject matters, techniques and colors. I can say that Carole's card makes me want to rush right home and try out that cut out circle on an embossed panel. It looks too fun.

Such a great selection of snippet cards Di! Congratulations to those ladies and tonTina for her win. So pleased to read that things are much easier for you now with the new format, that's the best news!
Ha ha....don't you just love random generator!
Janice x