It's Sarn's turn to post today and it's the results of Challenge #435 over in the Snippets Playground, HERE.

For my snippets card(s), I had a flick through the numerous sets of Penny Black Christmas 'Masterpieces'  here and pulled out four Winter cottage scenes to play with: 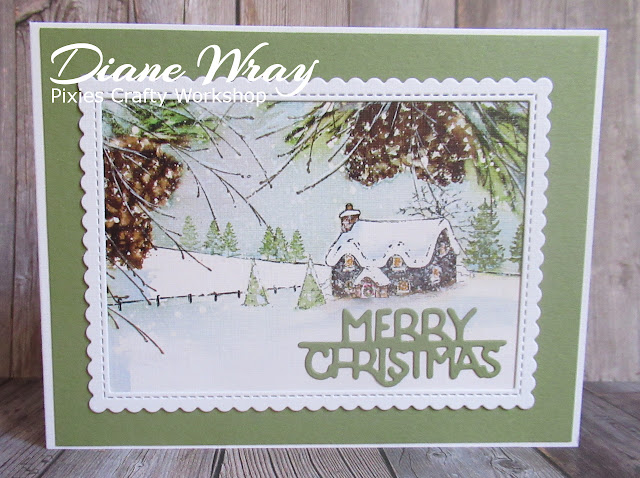 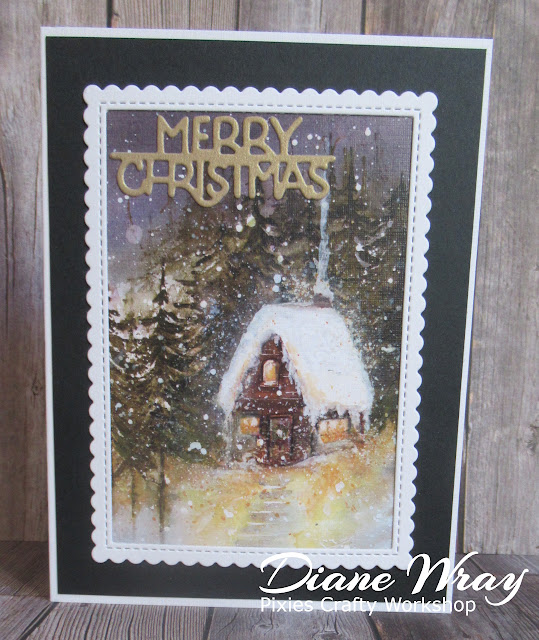 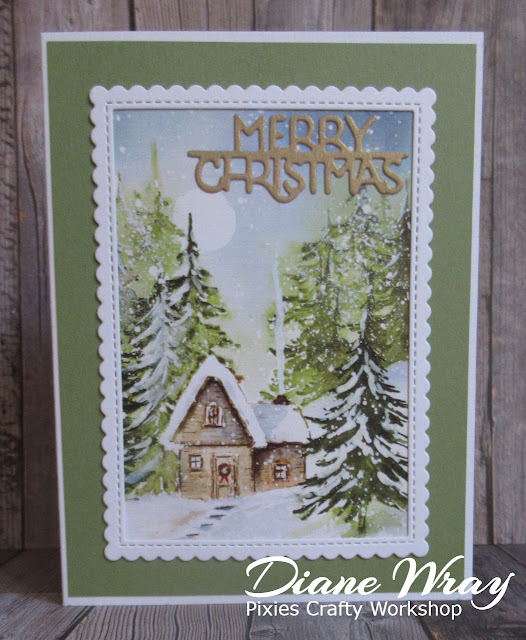 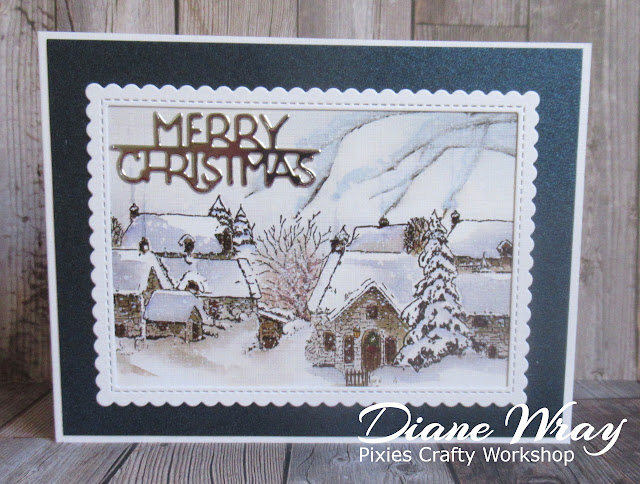 - 5.5" x 4.25" card blanks, made using white linen card (same texture as the little images) bought from The Paperbox. Two are long side opening and two are short side opening

- the images needed slightly trimming to fit behind four already die cut frames, also using the white linen card. These were left from when I die cut a whole bunch of frames using a die by MFT called 'Stitched Rectangle Scallop Edge Frame' - I love the frames but they really need care when fixing an image behind as they're very narrow with not much room to play

- glued the images to the inside back of the frames, using a glue pen

- then flicked through the 'impending cr*palanche' on my desk and pulled out a few snippets that were waiting to be filed in my bulging snippets expanding filing folder. Every single one was on my desk. which shows the chaos I'm currently working in!

- trimmed four of the larger snippets to cover almost all of each card front, leaving just a narrow border and glued them in place

- glued the framed 'Masterpieces' in place, using Collall All Purpose glue, as usual for large pieces

- the only snippets I can easily name are the green ones, they were tucked inside a pack of Altenew 'Forest Glades' card which is such a lovely shade of green. Still on my desk from its last use, sigh

- another four for the box of 2022 Christmas cards!

Penny Black really are onto a seller here, certainly where I'm concerned. Buddly Crafts had three new sets of Christmas designs in when I was over there just the other day, looking for something else - and yup, they did sort of fall into my basket!

I'd like to enter the first card into the current Christmas Kickstart Challenge #66 HERE. The theme is 'Home for the Holidays'. I wasn't cheeky enough to write three posts to 'bag' three entries into Jo's fun challenge - which  means I need to have a bit of a think and a hunt through my stamps and dies!

Thursday was a dark day for our whole Nation, countries of the Commonwealth and a lot of the rest of the World when our beloved Queen Elizabeth 2nd died. From knowing she was very unwell, and fearing the worst earlier that day, to the final confirmation of her death so many of us almost held our breath, lest a puff of air would make a difference. She was utterly true to her vows when she became our Queen - right until the end. The rainbows over both Windsor Castle and Buckingham Palace just prior to the Queen's death being announced seem to almost have been a sign from her that in the end, all will be well. RIP after a such a long and very varied reign your Majesty. I do believe that King Charles will do his utmost to honour the legacy left by his beloved Mama and will rule wisely and kindly. Long live the King.