A HUGE, HUGE thank you to Sarn for looking after you for two weeks running. I can't truly express just how much it helped me! What a STAR!! I'm back (ha, ha) in the saddle again now - and no doubt Sarn will be back to her illicit hooch shenanigans! 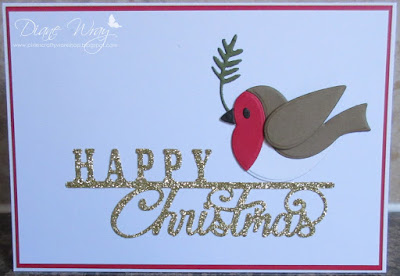 - snippets of red, brown, white, green and black card from the snippets folder - all were then backed with Stick-It adhesive sheet apart from the wing and the main body of the bird (which is all white before the layers are added. I backed the white body with medium sticky sheet as there was gonna be a few layers (ie, a bit of weight) added

- die cut the robin parts and his little frond of greenery from the little snippets of card mentioned above and set about assembling him but I left his wing off for the moment. The die set I used is one I've been itching to play with - it's a Marianne Collectables set called 'Eline's Bird COL1392'.

- stuck the robin in place on the card front, sitting on the straight glitter strip alongside the word 'Happy' in the sentiment die cut, placing the greenery behind his beak at the same time

I did so enjoy making this card, so much so that I made three at once whilst all the goodies were out - in little bursts over the past couple of days There are two robins in the set, facing in opposite directions and there are minuscule differences between the two plus a pretty star shaped die as well. I bet a card would look lovely with two of the robins face to face :) And, I'm going to try this die set in brown and blue to see if it resembles a blue tit at all.

Let's move onto our 'peek at the picks' - chosen by Sarn: 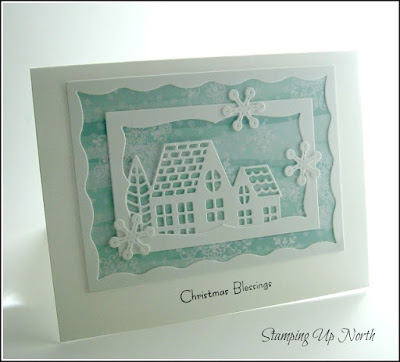 Sarn said: I love the soft colours and the crisp fresh feel of this card . . . plus I have photo-taking envy! How does she DO THAT? LOL!

Isn't it a beautiful card - gorgeous frames and totally agree about the photo skills too! Laurie triumphs again! 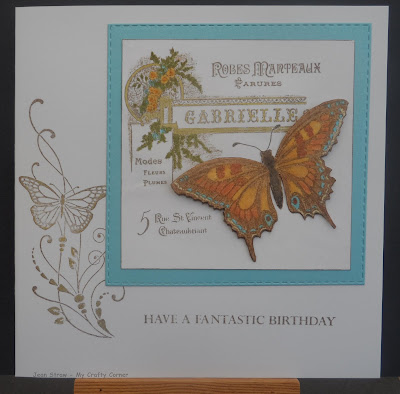 Sarn said: Love the composition and the elegant delicacy of this card. It's SOOO pretty.

Once again, Sarn and I are totally on the same song sheet here - I'd already spotted this lovely card made by Jean as well and was so pleased that Sarn picked it! 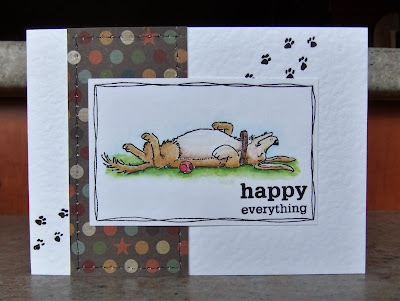 Sarn said:  I think this is a brilliant set of cards, beautifully coloured and doodled on . . . and perfect for either sex. The dog images are lovely and I like the simple and pleasing card composition.

I totally agree with Sarn - Helen made a set of three cards and each one is brilliant!

And we have one new Playmate this week: 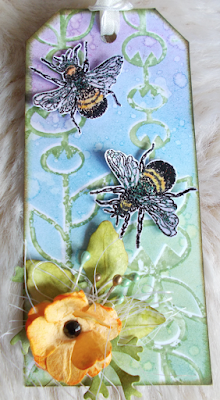 Carole J popped into the Playground with this fabulous tag to show. Lots of really pretty details and even the back is nicely covered too. BTW, we have some duplicate names in the Playground so that's why it's Carole J :)

AND, we have a celebrity in our midst girls! A few of you will remember who first started off the Snippets Challenge, it was the lovely Jules of 'Always With A Heart'. I took the challenge over from Jules after she'd done it for a year, and here I still am .... four years later. Over that time I've had so much support from Jules, both personal and craft related - she's a true and very kind friend to so many of us. Jules still finds time to come and play in the Playground now and then - and her cards are always a real delight even though she's a very busy lady with her own Wedding Stationery business plus she's a regular and very talented contributor to Quick Cards Made Easy magazine.

So, it was no surprise to see that she'd been nominated for 'The Favourite Designer Category in the British Craft Awards'. These are voted for by you and me, aka Joe Public, and to my mind are all the more special. And, wait for it .................: 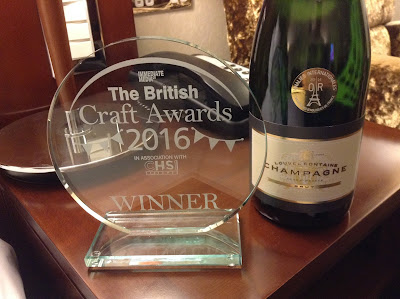 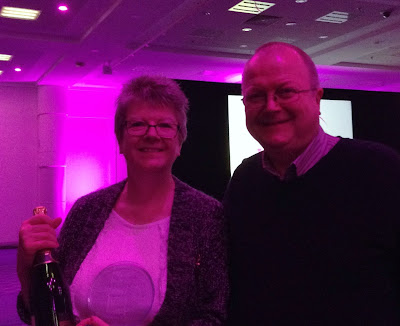 Jules, of course!! 'Mr Heart' is really supportive so deserves to have his photo and name up in lights here too :) Well done Jules - richly deserved indeed! How lovely to see such a delightful lady win recognition from her many fans. No prize for guessing who I voted for then!

Jean
Congratulations Jean! I'm not 100% sure but I do think this is your first win in the Playground and I don't have your address. And also you're a Pick of the Week - perhaps you ought to buy a lottery ticket :) Can you please drop me an email with your snail mail address - my email addy is on the RH sidebar. Thanks - and I'll post your prize off as soon as possible this coming week.

This next week's prize is pretty easy to guess: 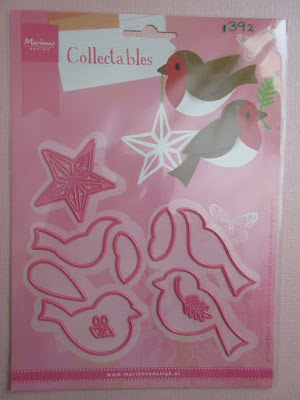 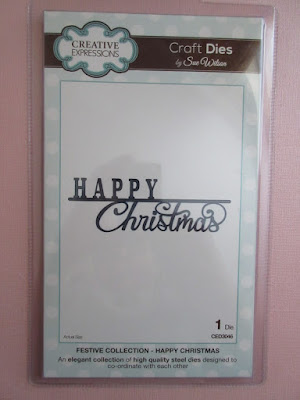 It's your own Marianne Collectables 'Eline's Birds' die set as well as a Creative Expressions 'Festive Collection - Happy Christmas' die. The same as the dies I used on my snippets card of course.

The Snippets Challenge will run for one week and the Playground gates will close at 11am UK time on Saturday 5th March. The gates will open again at midnight UK time on the same day.

I'm in charge again as already said, I just hope I can do as good a job getting round you all as swiftly as Sarn did!

And, I did post here on Friday, saying that we'll stick with one entry per person per week - it certainly seems a popular choice with you girls (thank you again for all your input and supportive comments).

So, a maximum of ONE entry per week (any additional ones will just be deleted in the nicest possible way from Mr Linky - don't fret over it, this may take time to get used to) and please say in a comment if you wish to play and be a possible winner of the prize. If you only want to play for either the 'birds' die set or the 'sentiment' die then just say so in a comment - if your number comes up then I'll do a further draw for the remaining part of the prize. But, both items are up as one complete prize if you so wish of course. Please also link back to the Playground in your blog post to be eligible for the draw.

Enjoy your week - remember it's Rudolph Day over at ScrappyMo's (only until the end of the month though so do hurry!).

Di and, of course, Parsnip! Oh crumbs - the little white rat bag is hiding and tooting away on the whistle I confiscated from Sarn - help!!
x