Getting ready for the Platinum Jubilee 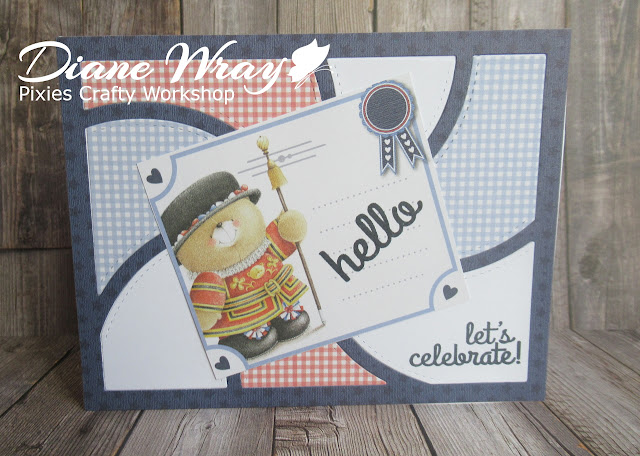 - all patterned papers from an ancient Forever Friends 'Best of British' paper pack - either from the 2020 London Olympics or perhaps the Queen's Diamond Jubilee, which makes it 10 or 12 years old

- die cut the papers, plus a snippet of plain white, using a great new die from Ann Melvins small but so reasonably priced online shop. It's called 'Pin Wheel' - and here's a link to Ann's shop. Stuff sells out quickly but seems to be restocked pretty fast

- then I added a little Yeoman of the Guard (aka Beefeater) teddy bear 'topper' - which also came in the paper pad - after stamping the word 'hello' using the same set of stamps and ink pad. I should have added a '70' to the rosette but my dies are bigger and would look silly

This was my second go at making the card - basically I hand wrote greetings on the first one and it looked a mess!

As it was a first outing for the pin wheel die, I'd like to enter this into Darnell's NBUS Challenge #38.

So, we're ready and waiting in the Playground - the bunting is now strung around the Playground, Union Jack paper chains adorn the inside of the Playhouse (making those took me back to my childhood), hand held flags for waving are all lined up, the food preparations are organised to within an inch of their lives - and Sarn will be waving bottles around as she makes up various lethal concoctions cocktails for you all to try out! There's also an extra little surprise for you - go and see!

Dudley is beside himself with excitement as he's going to be Sarn's 'barman assistant' (not sure if she knows yet) and he has a sweet little Union Jack bandana to wear as well. He's been practicing his 'tray above the head carrying' skills.  Must take a photo of him which will be posted during the celebrations - if he can still stand up! Apparently, so he tells me, waiters get to lick up the slops as well as eat any food they can scrounge!!

And, although drinking vessels will be provided by Sarn - I'm going to take my own. It has survived many, many house moves around the World (Army child) and is still without a single chip or crack: 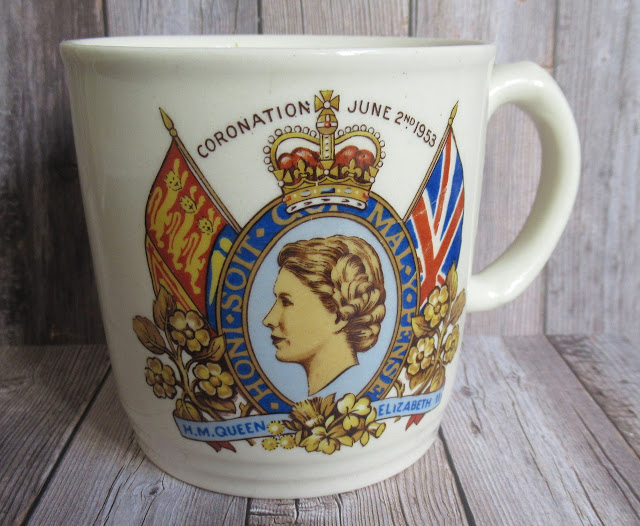 Although our Queen has been our Monarch for 70 years, her actual Coronation wasn't until June 1953. We Brits do know how to put on a big show of pomp and pageantry but of course it took many months of planning and preparation. Not to mention the installation of a good few 'new-fangled' black and white televisions in private homes. Of course, I was fast asleep in my pram and missed it all, snigger! History lesson over for today ☺

See you in the Snippets Playground!