It's been a tad cooler here this week, but pleasant weather generally though.
I'm still trying to limit time spent sitting at the desk here, which can mean some slippage in timely commenting, but I do always get to you in the end!

A little bit of excitement here, we have a Mama hedgie bringing at least two of her babies with her when she comes for a nightly feed! As yet, they haven't got the hang of the feeding dish and seem to just scoot around the garden having fun. My guess is that they're about the size of a small mango - so still pretty young. Thankfully it's a while until Autumn so they have plenty of time to reach a comfortable weight for hibernation. I can't promise any photos as yet so you'll just have to trust me for now.

Here's my snippets card for this week, it's a little busier than I tend to like to make these days:

- snippet of plain pink Core-dinations card from the snippets folder, trimmed and then each end was punched with a Martha Stewart 'Vintage Lace' punch before glueing it onto the card front

- the cups were a little more fiddly as the die actually cuts the stack as one whole piece and it's up to you to chop and change papers then layer the cups up. I already had one failed attempt which is why I hit on the idea of die cutting the plain white card layer first. AND, this time I also remembered that you place the very top cup onto the card first, leaving a little bit extra underneath. Then cut across the top of the middle cup and glue that in place, also leaving a little bit extra underneath and finally cut right across the bottom cup and glue that in place. That way the cups look as if they're nestled inside one another

I've recently missed out on a couple of challenges where certainly the stacked teacups would have been just perfect and thought it better to get them while they were on a brilliant offer - and also still in 'vogue' too! Ha, the butterflies look like a little squadron about to land of the cupcake and tuck in :)

The sentiment would be clearer if cut from plain card but I wanted to pick out one of the cups with the pink gingham. 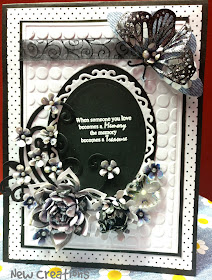 Vinita made this fabulous almost purely black and white card and I love all the beautiful detail. 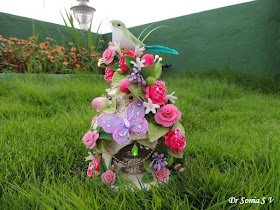 I gasped when this amazing tea light holder popped up in the Playground! It was made by Sonia and is just breathtaking. So, so much work and love has gone into making this - you really do need to hop over to her blog HERE and see all the close-ups! The leaves were made from snippets of paper by the way - the flowers were made using Thai clay, which is a new one on me. I did think it might be much like Martha Stewart's paper clay but from the little bit of Googling I've done it seems quite different.

Now, isn't this just super-cute?! Maura brought this gorgeous card to share with us, I love the marching band as well as the fact that it's s really clever shaker card too. The red, white and blue is so striking as well. 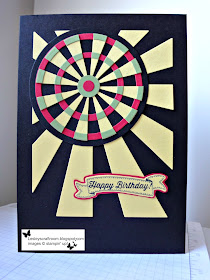 Lesley comes up with some really great ideas - and this is a stunner! Totally made from scratch, and the 'sunburst' was designed and cut by hand, it's just perfect for a chap who's interested in or plays darts. Lots of photos to see over at Lesley's blog showing each step - what a clever sausage she is, love it! 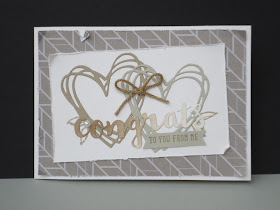 We don't see as much of Eve since the arrival of 'Posy the Puppy', so it was a real treat when she nipped into the Playground to share this gorgeous card with us. More Stampin' Up goodies on my wish list! Sigh. 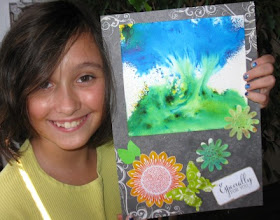 I must show you this, partly because of the amazing Brushos background - and also because the young lady (Aurora) holding the card was having a very first play with them! She's Alice's niece and has appeared on here previously - obviously talent runs in the family!

Now for a little drum roll, Jane J (who is often a weekly pick here) is celebrating six years of blogging with a fabulous giveaway HERE. 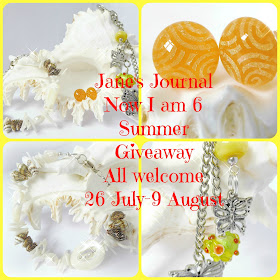 What a wonderful gesture, you can win all of the above items (a beautiful bracelet, bag charm and earrings) all  handmade by Jane, just by hopping over and leaving a comment. Of course it would be lovely if you become a follower and there are also a couple of ways you can have additional chances in the draw.

No new Playmates this week, although seeing as it's Summer holiday time we did have 46 of you come and play!

Now it's prize draw time, for the Sue Wilson Creative Expressions 'Dove of Peace' two piece die set. And the winner is:


Kitty last won in the bumper Christmas draw, so it was good to see her name pop out as she plays each week and is often featured in the weekly picks too. Can you please drop me a quick email Kitty to confirm that your address is the still the same - I know you moved out while some work was being done but think you're back in the same house again? My email addy is on the right hand sidebar. As soon as I hear from you I'll post the die set off at our local Post Office.

Here's this coming week's prize - and in fact we have two prize draws this week - explained below: 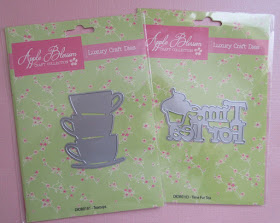 First of all it's two dies, the same as I used on my snippets card. Both are by Apple Blossom and are called 'Teacups' and 'Time for Tea' respectively. They cut beautifully and come with their own magnetic backing sheet as well.

I'm very conscious that I seem to offer a lot of dies as prizes so also am also offering this lovely stamp set from a Playmater, 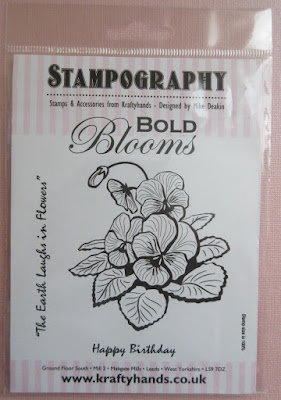 I don't have this stamp set myself so can't make a 'snippets sample' to show it in use, but, it comes with the flower stamp plus two sentiments. .

So, the dies and the stamp are two separate prizes. I'll draw the dies first and then follow with the stamp set - and there will be two different winners even if the same number pops out twice 'cos I'll do a re-run to make it more fair. All you have to do, if you want to be 'in it to win it' is to say in a comment if you'd like to play for both the prizes, depending which one is available if and when your number is chosen by the Random Number thingy - or for both the dies or the stamps. I won't be splitting the dies BTW, both make up one prize.

The Snippets Challenge will run for one week and the Playground gates will close at 11am UK time on Saturday 6th August. The gates will open again at midnight UK time on the same day.