Well, it's been a funny old week - little done on the Christmas preparations side of things but my eye is better than it was and will know more after hospital tomorrow afternoon. Plus, I caught up with Playground commenting as well as very quickly rustling up some cheque holders which need to be popped in the post 'toot sweet':

I know, dreadful photo, but to be honest I truly haven't felt like tinkering around much. Please note, the idea of perching the little robin stickers came from the very talented Helen, over at It's All Fiddle Fart. I'm a huge fan of hers and both her blog and Mum's Monkey (which I do believe Helen has a little hand in, wink) are my first call of the day.

Although this cheque holder would fit nicely into Hazel's latest challenge (urgently needed Christmas creations) I'm not entering it as it wasn't my idea in the first place. Besides which, Helen's version is so much better than mine :)

- snippets of LOTV holly paper from their 'Classic Christmas' paper pad - just popped a strip inside the back part of the right hand side of the holder and then used corner scissors to round the corner to allow easy access to the cheque :) before sealing down the left hand end with DST

I made five of these in one go - certainly not my finest hour but they do the trick!

Moving quickly onto this week's picks: 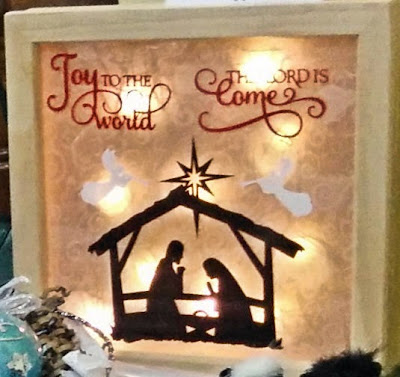 Kate made this fabulous 'Shadow box', complete with its own lighting. Great explanation of how over at Kate's too! 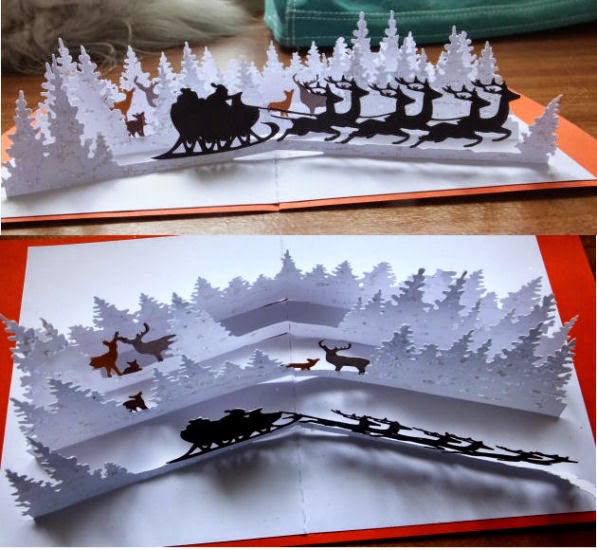 I know, it's not often I show two snippets makes from one playmate in the same set of picks, but this week I truly couldn't pick between two, so Kate gets a second appearance with this fabulous pop up card. Something Len has kept suggesting I should try and I can see why! 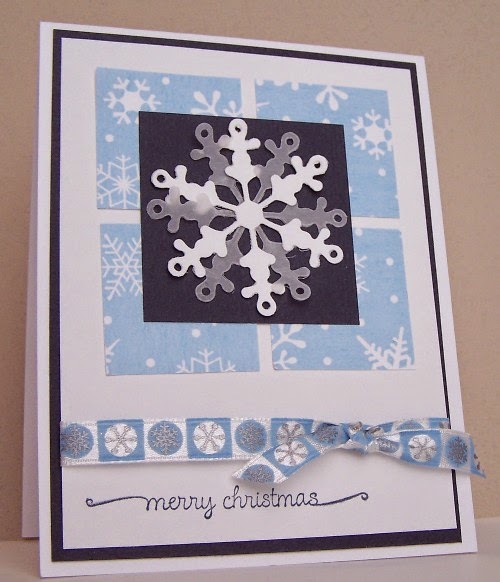 This card, made by Sandy J, just stopped me in my tracks. I love the layout and use of snippets - but it's how well everything goes together that got me - right down to that perfect ribbon. 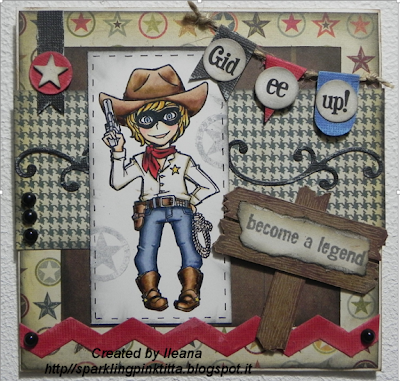 I just love the amount of detail in this great card, made by Ileana. Tons of snippets used and they all work so well together.

Sarn always makes such beautiful cards, and this is one of my real favourites. Beautifully designed and made - and I love how you feel drawn into the magic. Just gorgeous.

As always, I could go on forever with picks! But let's move onto our new playmate this week:

Lovely card Lulu - and the interesting twist is the ring where the elf is perched. It appears that Lulu keeps the inner part of spent rolls of double sided tape and upcycles them! Clever idea!

Welcome to the Playground, and do please come and play again.

And the draw for last week's prize of the two embossing folders - our winner is:

Vinita
Well done Vinita! Can you please let me have your address (di_wray@hotmail.com) and I'll pop your prize in the post as soon as possible!

And of course this coming week's prize is linked to the cheque holders: 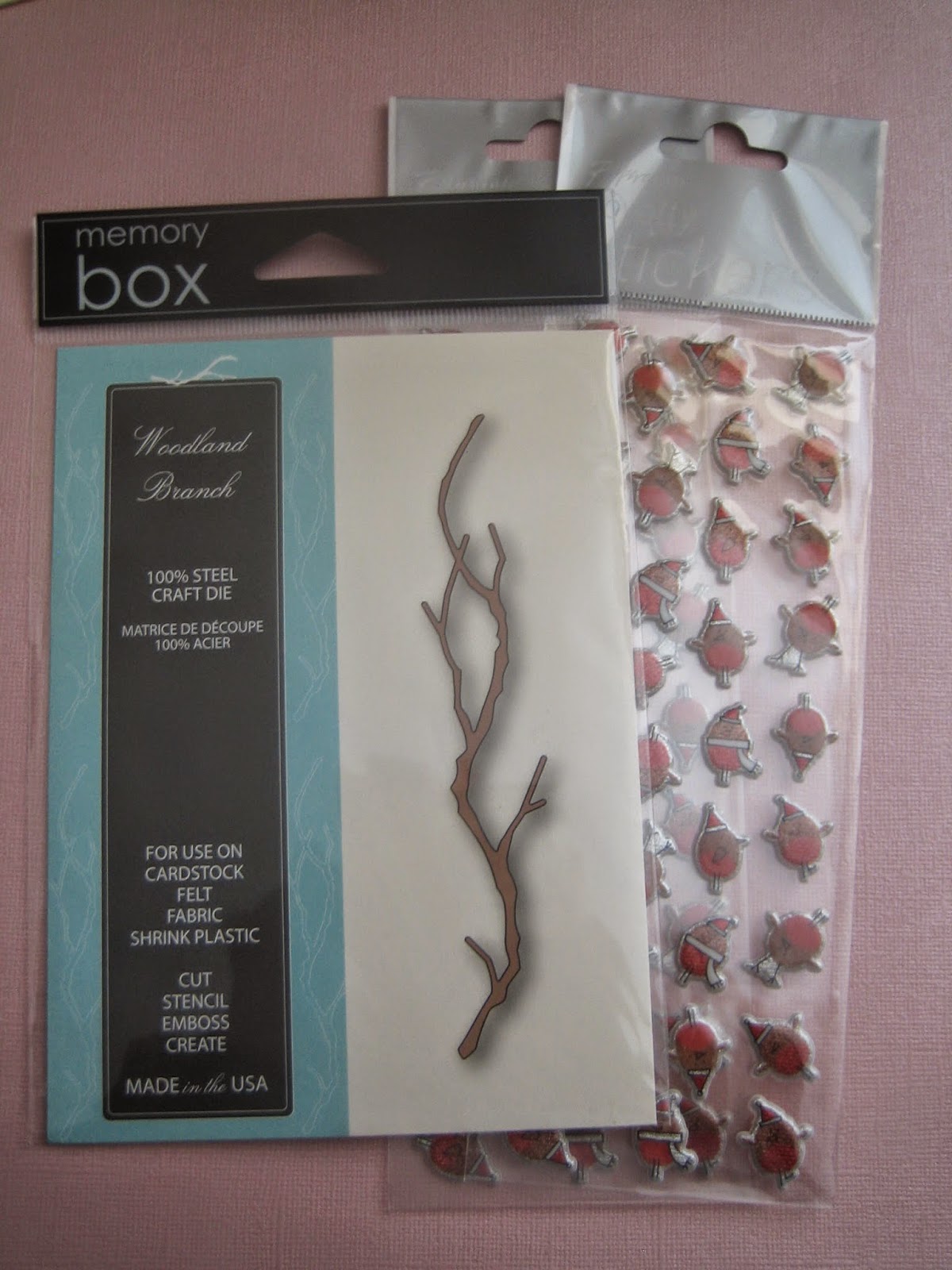 It's a Memory Box 'Woodland Branch' die plus a couple of packs of the Paperchase Robin stickers to play with. I really dithered about buying myself the branch die but am so pleased I did and can see all sorts of uses, wouldn't it look sweet covered with little punched flowers a bit like apple blossom for example? And Helen has used hers to dangle Christmas stars from - told you, she's got shed loads of great ideas! Whatever you do, it's likely to help you use up some of those pesky snippets!


The Snippets Challenge will run for one week and the Playground gates will close at 11am UK time on Saturday 20th December and will open again at midnight UK time on the same day.

Maximum of three entries and please say 'Yes please' (or similar) in a comment if you wish to play and be a possible winner of the prize. As always, if you're only interested in one or other of the items making up the prize, just say so and if you win then I'll do a further draw for whatever it is you don't want. But, please do go for both if that's what you'd like of course.

We've been trying to catch better images of baby Spike the hedgehog here - at one point we did wonder if we had a very wily rat. However, on Friday evening, baby Spike appeared - nudged the cover off his food dish and happily tucked in, at least three times. Any move by us to even open the back door in an attempt to catch him was quickly met with a rapid scampering away into the darkness. We just have to keep on feeding him and hope that does the trick.

NB I've been thinking about how we handle Christmas and the Playground as so many of us will be busy over the holidays. What I propose to do is to leave the gates open for two weeks - from midnight on Saturday 20th December until 11am on Saturday 3rd January. And, to celebrate Christmas and New Year as well as the fact that it will be THREE years since I took the Playground over from Jules - the prize will be a bit of a bumper one - or I might split it, not sure as yet! Any preferences?

I think we'll probably stick with a maximum of three entries over the two week period, partly as you'll all be busy but also to ease the commenting for me.
But this coming week runs as normal of course!


Di (and the usual happy wave from Parsnip of course)
x